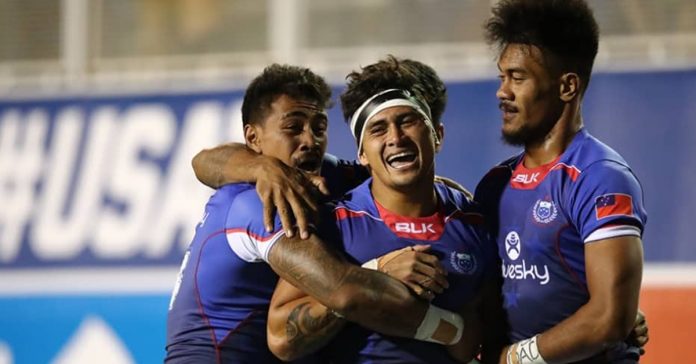 They made it to the final after winning against Argentina in the Semi Finals earlier today with 33 – 19.

However, the team came second after USA beat them at 27-0 in the Las Vegas leg of the World Rugby Series.

A family member of one of the players told the Samoa Global News that the Chairman of Rugby Union Tuilaepa Sailele Malielegaoi had given stern words with Sir Gordon and the team before leaving the country last week.

“He told the team that they need to up their level of commitment and to make sure they all get proper haircuts and keep themselves presentable just like they would have to do as aumaga in the village,” said the source.

“It’s great to see this group of players finally clicking in Vegas,” he said.

“We know they’ve come close to getting that performance they’re well capable of and we are starting to see that now.”

He added it is also good to see some locals from the recent 3rd Vailima Marist Sevens.

“Surely, they are still a way off from their full potentials which is a very positive thing for Gordon and his team.

:It is also great to see some of the new boys who got picked from the recent 3rd Vailima Marist Sevens and those making a comeback.

“Hopefully they can continue to play at this level going into Canada and the rest of the series.”