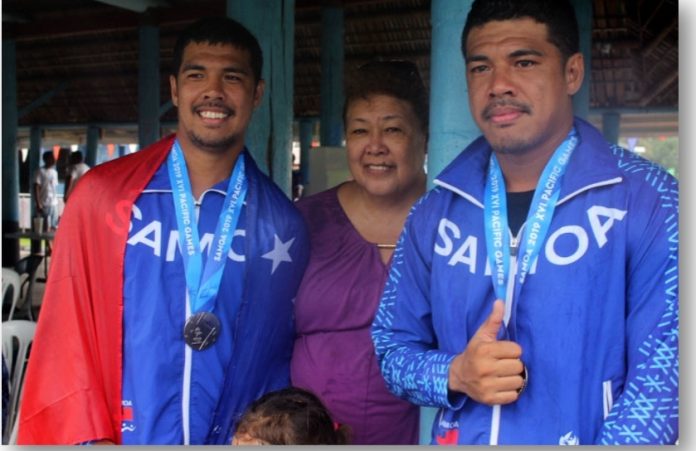 Their 28th birthday went uncelebrated on July 13th as a sacrifice as Team Samoa was already in camp throughout the two week Pacific Games campaign.

They missed out on winning the gold medal when Papua New Guinea scored a last minute try in the dying seconds of the Mixed Team finals last Saturday.

The twins had wanted the gold as a reward for their parents Lavea George Hazelman and Mrs. Dorothy Hazelman who have never missed a game whenever they play on local soil.

The twins said that they really wanted to win gold at home for Samoa.

The Hazelman twins have been competing since 2006 and last played together in Papua New Guinea in 2015 where they returned home as gold medalists in the Mixed Teams and silver medalists from the Men’s competition.

And although apart with Peter living in Wellington, New Zealand and Gregory in Samoa, when it comes to representing their country of birth, Samoa can count on the Hazelman twins to always be available.