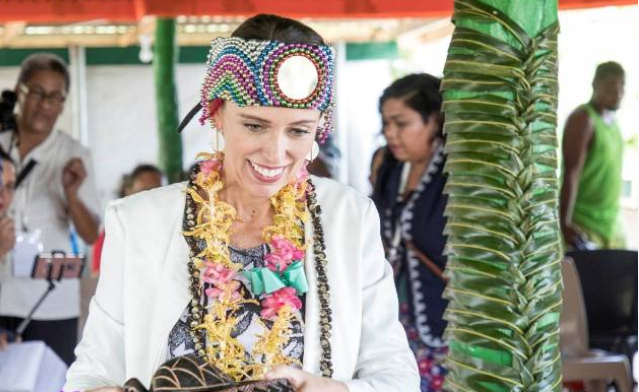 It has been 15 years since a New Zealand Prime Minister has visited Tokelau, the last being Helen Clark in 2004.

“Tokelau’s remoteness and perhaps difficulty in accessing it has meant that it’s not had the attention that it deserves. Particularly as it is at significant risk of devastating impacts linked to climate change,” Prime Minister Ardern told RNZ.

She added that she will visit Tokelau’s three atolls and discuss priorities on climate change, health, education and culture.

A reception will be held tonight in her honour hosted by Dr Trevor Matheson, New Zealand High Commissioner to Samoa.

The Samoa Government press secretariat office confirms that the New Zealand Prime Minister will be taking a stroll on the Apia Waterfront and the Clock Tower Boulevard this afternoon.

She will also take part in the unveiling of the “Save the Manumea” mural as well as the launch of the National Strategy document at the New Zealand High Commission Office.

The last time Prime Minister Ardern visited Samoa was in March 2018 when she stayed for 2 days as part of a recalibration in New Zealand’s foreign policy towards the Pacific.

It was during that 2 day visit that Ms. Ardern announced NZ$6.5m (US$4.6m) funding to support employment, small businesses and microfinance in Samoa.

The funds are to be disbursed in co-operation with the local Ministry of Commerce and the state-owned Development Bank.

She also announced NZ$3m in funding for Samoa’s recovery from Cyclone Gita damage and to fund infrastructure against severe weather phenomena.