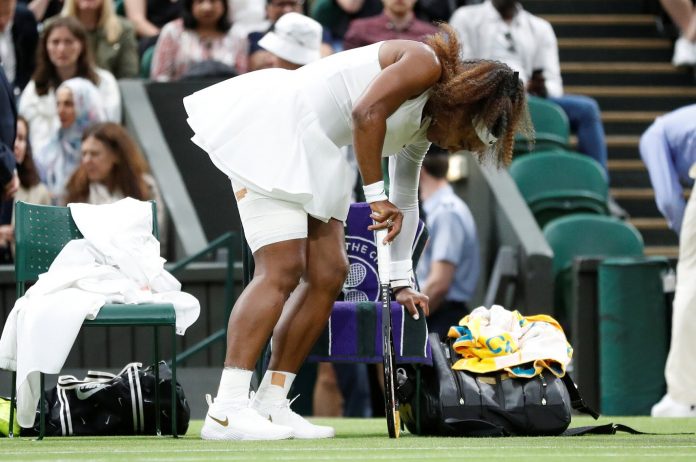 Serena Williams has announced her withdrawal from next month’s Australian Open, extending her absence from the sport that she long ruled.

“I am not where I need to be physically to compete,” Williams said in the announcement on Wednesday as the Australian Open released the list of entered players for the 2022 tournament.

Williams, 40, a seven-time Australian Open singles champion, has not played on the WTA Tour since June 28, when she retired late in the first set of her first-round match at Wimbledon because of an injured right hamstring

The injury was slow to heal, and it also kept her from competing in the 2021 U.S. Open. Williams did not mention the hamstring injury specifically in her statement on Wednesday, saying only that she decided to withdraw because of “the advice from my medical team.”

While Williams confirmed her absence, the Australian Open said Novak Djokovic, the No. 1 men’s singles player, was entered in the event, which is set to begin Jan. 17 in Melbourne.

The state government of Victoria is requiring that all players be fully vaccinated or possess a medical exemption from vaccination that has been approved by Australian medical authorities in order to compete. Djokovic has declined in recent weeks to reveal his vaccination status or confirm if he will play in the Australian Open, where he has won nine singles titles. But he is on the entry list, only a week after his father decried the vaccination requirement as “these blackmails and conditions” and suggested his son would not play.

In a recent message to players and their team members that was reviewed by The New York Times, the ATP provided and explained the guidelines for a potential medical exemption from vaccination in Australia. It said one of the possible reasons for exemption would be having a confirmed case of Covid-19 in the six months before the tournament. Carlos Alcaraz, the Spanish teenager who recently announced a positive test, could fall into this category. Djokovic, who tested positive for the virus in 2020, seemingly would not.

The entry list is not a definitive list. Players often withdraw after it is released because of injuries or scheduling decisions, but it is an expression of intent. Only four men who would have been eligible for direct entry in singles have withdrawn: Roger Federer, Stan Wawrinka, Guido Pella and Jérémy Chardy, who told French reporters that he had an adverse reaction this year to a Covid-19 vaccination that made it difficult for him to train.

Naomi Osaka, a four-time Grand Slam singles champion, is on the women’s entry list. She has not played since this year’s U.S. Open, where she was upset in the third round by Leylah Fernandez and explained that she was struggling to take pleasure in the game and was planing to take a break from competition. She has posted pictures of herself training, but it remains uncertain whether she will play in Melbourne, where she won the singles title in 2019 and 2021.

For now, the only women ranked in the top 100 who are missing from the entry list are Williams and Bianca Andreescu, the Canadian star who upset Williams to win the U.S. Open in 2019. Since then, Andreescu has struggled with injuries, and she tested positive for the coronavirus in April. Her ranking has dropped to 46, and she announced this week that she would not play in Australia because she needed more time to recover mentally and physically.

Venus Williams, 41, Serena’s older sister, is not ranked high enough, at 316, to gain direct entry into the Australian Open. She would require a wild card from Australian Open organizers that they are unlikely to grant.

Last month, Serena Williams was asked by the television host Jimmy Kimmel if she intended to play the Australian Open. “Absolutely,” she responded

But though she has made appearances recently to promote “King Richard,” a new film based on the story of her family, it is not clear how often she has appeared on the practice court. She has not posted photos or videos of herself training since before Wimbledon in June.

In her statement on Wednesday, Serena Williams said she was “excited to return and compete at my highest level,” but it is uncertain when or if she will be able to achieve that goal.

Ranked 41st, she has not won a Grand Slam singles title in nearly five years: She captured the Australian Open in January 2017 when she was two months pregnant with her daughter, Olympia. She returned to the tour in 2018 after Olympia’s birth and remarkably reached the singles finals at Wimbledon and the U.S. Open in 2018 and again in 2019.

But though she won her only tour title since her comeback in January 2020 in Auckland, New Zealand, she has struggled to sustain momentum. She has shown flashes of strong form, returning after the tour’s five-month pandemic hiatus in 2020 to reach the semifinals of the U.S. Open, where she lost a taut three-set duel against Victoria Azarenka. At this year’s Australian Open in February, Serena Williams arrived in Melbourne in excellent physical condition and was impressive in the early rounds but was defeated in straight sets by Osaka in the semifinals.

The Australian Open has been the scene of some of her greatest successes. In 2003, she won her fourth straight Grand Slam singles title in Melbourne, completing the so-called Serena Slam. In 2005, she saved three match points in the semifinals in a classic match against Maria Sharapova and went on to beat Lindsay Davenport in the final. In 2007, she came into the tournament unseeded and swept to the title, reviving her career. In 2017, she won while pregnant without dropping a set.

But it is now unclear if she will return to the tournament where she has won seven of her 23 Grand Slam singles titles, one short of Margaret Court’s record. When she lost in Melbourne last February in her 20th appearance at the Australian Open, she received a standing ovation, which she acknowledged with a long wave of her arm and a gesture toward her heart.

“If I ever say farewell, I wouldn’t tell anyone,” she said in an emotional postmatch news conference that she cut short.