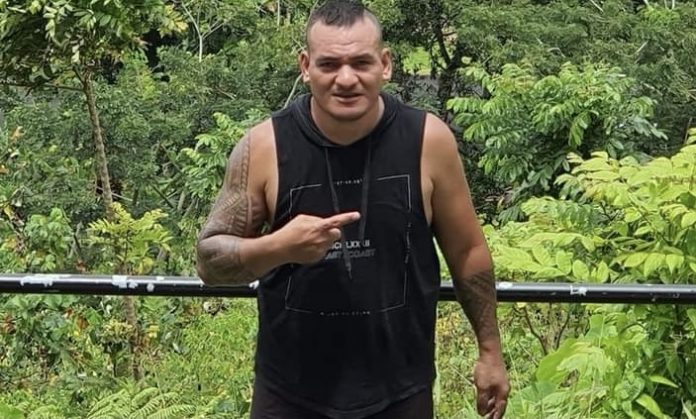 The sentencing of a man from Leulumoega-Tuai who used his Facebook page to threaten two Supreme Court judges has been delayed for another week.

Iakopo Falefatu posted on his Facebook page on the 1st of June 2021, that he was walking around with a “38 revolver” and that a bullet should be “put in the head” of Senior Supreme Court Justice Vui Clarence Nelson, and Justice Niava Mata Tuatagaloa.

Falefatu made the threats on his social media page amidst Samoa’s constitutional crisis following a Supreme Court decision that declared the warrant of election issued by Head of State HH Tuimalealiifano Vaaletoa Sualauvi II appointing a sixth woman MP, as void.

Falefatu pleaded guilty and his sentence was then adjourned August, due to be handed down in November. It was further adjourned to this morning.

Before sentence, the Court heard what Falefatu had posted. He accused the senior Supreme Court justices of being ‘liars’ and suggested it would be used on the judges.

Judge Leota asked the defendant if he had intended to act on his threats. He answered, no, they were just words he put up there, but he could never do such a thing.

Judge Leota asked again, if he owned or was in possession of a gun. The defendant responded, no, he did not own a gun.

Just Leota asked the defendant if he attended a church. Mr Falefatu responded, yes, he attended the Vailuutai LDS Church.

Judge Leota then informed Mr Falefatu that the charges he faced in relation to making the online threats were serious, and yet, he was unrepresented in Court.

“The prosecution requests that the starting point for sentence is three years imprisonment,” Judge Leota told the defendant. “Are you prepared for the Court’s sentence today?” asked Judge Leota, “or would you like more time to consider the sentence that is to be handed down, given you are not represented?”

The defendant then stressed how remorseful he was, and requested more time to have the opportunity to speak with his parents.

Judge Leota has adjourned the sentence of Mr Falefatu for another week.