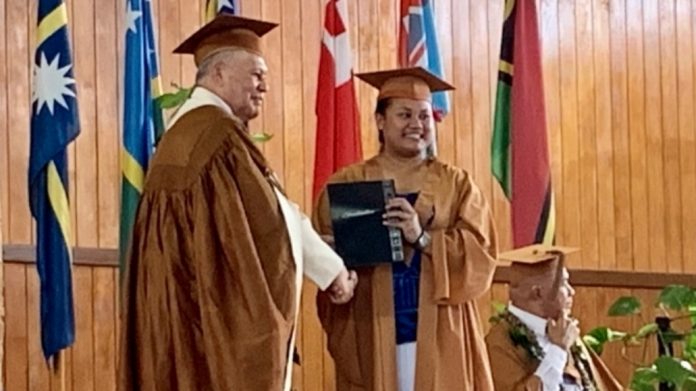 Members of the Samoa Police, Prisons and Correction Services (SPPCS) who have graduated from tertiary studies funded by the Australian Federal police AFP-led Samoa Australia Police Partnership (SAPP) Scholarship Program were recognized for their achievements in a special ceremony last week.

The ceremony was held at the Training and Traffic office at SPPCS headquarters and was attended by the Hon. Minister of Police and Prisons, Faualo Harry Schuster, Australian High Commissioner H.E Emily Luck, Police Commissioner Auapaau Logoitino Filipo, AFP Advisor Gary Turnbull and members of the SPPCS.

Speaking on behalf of the SPPCS cohort of Scholarship graduates, Senior Sergeant, Apaula Taeu delivered a message of thanks and appreciation to SAPP for providing the opportunity and support for police members in pursuit of higher education.

The 34 year old mother of two shared her courageous story of struggle and sacrifice starting out as a young police recruit with no formal tertiary qualifications but with a strong mind and character to do better for herself and her family.

“I have served the Ministry for 14 years. When I started in 2008, I was just like the majority of Police Officers; a school leaver who had no certificate, diploma or a degree” said Senior Sergeant Apaula.

“In 2011, as a third year Constable, I realized that I was not going to get a promotion in the near future as the Ministry was not stable during this period..

“It was when I was doing administrative and secretarial work daily that I had this awakening moment where I came to the realization that I had no outstanding skills..

“So that day I told myself – I am better than this, I can do better than this. That same year I went back to school, I enrolled at the National University of Samoa (NUS) and had to financially support my studies with the help of my family..

“And in 2015 I graduated with a Diploma in Arts majoring in Sociology.”

“During this time, I struggled because my Constable salary could not support the continuity of my studies. I decided to stop studying because I had two young children to raise at the same time and I did not want to sacrifice the needs of my children and family for my selfish pursuance of a lifelong goal.”

However, as Senior Sergeant Apaula would go on to say in her speech; “God had other plans” because in that same year she received a lifeline when the SAPP re-introduced their Scholarship Program at the request of the Samoa Police Executive.

Senior Sergeant Apaula became one of the first recipients of the SAPP Scholarship and in 2016 she successfully completed a Bachelor Arts with double Majors in Sociology and Management from the NUS.

In that same year she went on to enroll at the University of the South Pacific under the Bachelor of Law and earlier in 2022, Senior Sergeant Apaula graduated with a Bachelor of Laws after seven years of part time studying and serving as a police officer.

“Looking back at my journey, I get emotional because to be honest it was a long journey but I am in awe of the love and grace of our Heavenly Father,” Senior Sergeant Apaula said.

“When a door was closed, He opened a window for me, He guided and put me in touch with people that played a very important role in this journey. That is why I do not have enough words to express my heartfelt gratitude. I stand on Philipians 4:13 – ‘I can do all things through Christ who strengthens me’.

“To our Ministry, the Commissioner and the Executives – on behalf of all who have been recipients of the SAPP Scholarship Program, we thank you for investing in the growth and development of your members. I believe that this is one of the very few Ministries that encourage its members for further studies.

“To the Government of Australia, thank you for funding this great opportunity for all the SAPP scholarship recipients and I. To the AFP and Samoa Australia Police Partnership, this is by far one of the greatest investment initiated.”

Since 2015, the Scholarship program has supported 128 members (80 males and 48 females) of the SPPCS have undertaken tertiary courses. Forty (40) of these members have completed their tertiary training covering a range of qualifications including Bachelor of Commerce, Bachelor of Law, Certificate in Policing, Diploma in Police Management, Computing and Office Administration.

In 2021/22, 246 members of the Samoa Police received training from the AFP through SAPP and on the various AFP regional programs including Cyber investigations training, Digital forensics, Drone training, First Aid, Executive coaching and Certificate IV in Leadership and Management.

AFP Advisor, Sergeant Gary Turnbull, who spoke on behalf of the AFP’s Commander Pacific, Melinda Phelan, congratulated the SPPCS graduates for their incredible achievements and reaffirmed the AFP’s continued commitment to the continued growth of the SPPCS and its members through the SAPP Pacific Faculty of Policing and Pacific Police Development Program.

“Congratulations to those who have completed their studies while also protecting the people of Samoa, it is an incredible achievement,” Sergeant Turnbull said.

“The investment in the Scholarship program is just a small component of what the Samoa Australia Police Partnership has invested in SPPCS Training over the last 10 years. We believe that investment in the members, in training and equipment is an investment in supporting the Samoa Police to deliver an effective response to keep the community safe”. 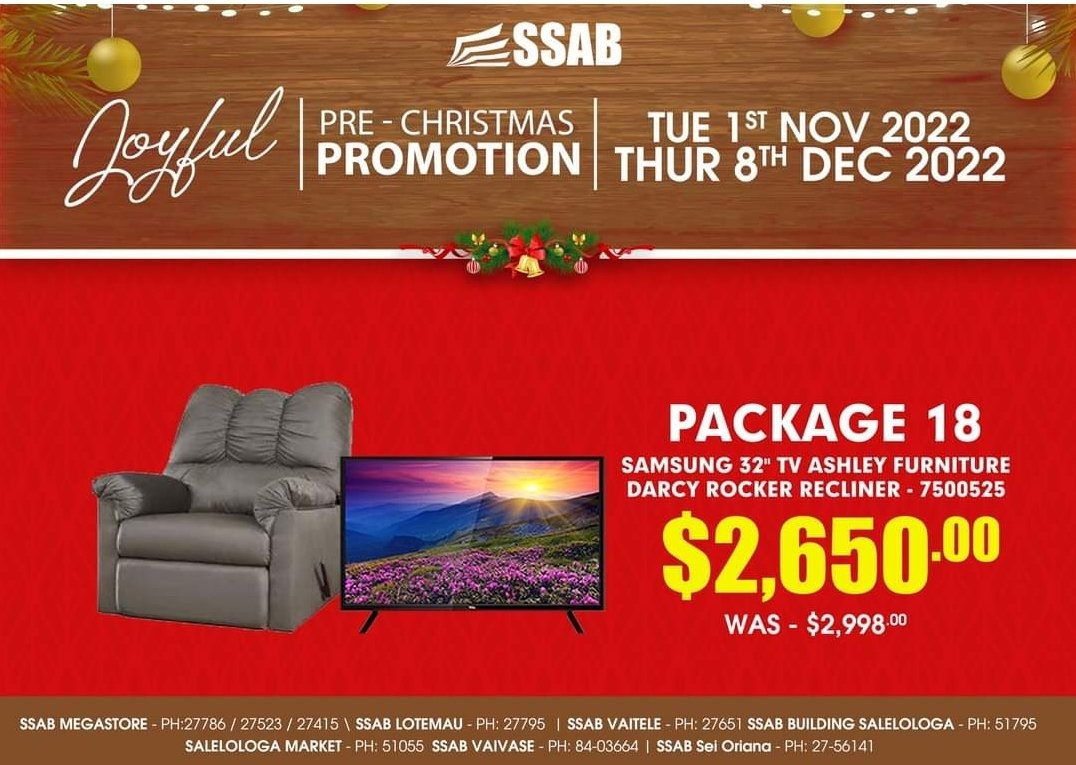 “This training has seen new capabilities developed. The AFP remains committed to the continued growth of the SPPCS and its members through the Samoa Australia Policing Partnership, Pacific Faculty of Policing and the Pacific Police Development Program.”