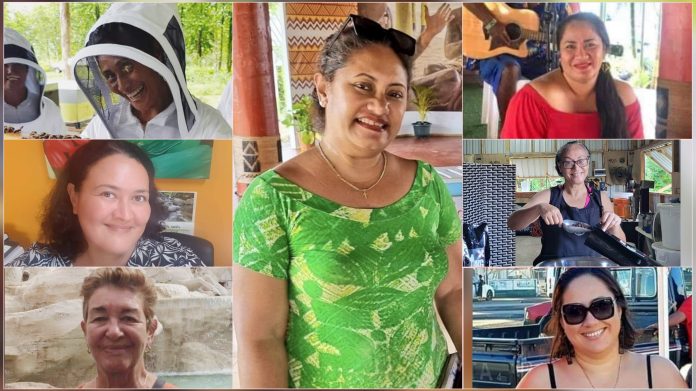 A senior lawyer who comes from a family of commercial farmers, has taken over the role of President for SWAG – the Samoa Women’s Association of Growers.

Fuimaono Sarona Rimoni-Ponifasio was elected alongside a strong Executive Board, at the organisation’s Annual General Meeting held last week.

Speaking to SGN Fuimaono says she is determined to continue the work set down by the hard working founders of SWAG, an NGO set up to support women farmers in Samoa.

“Women are the backbone in their families and communities, and if we continue to support and build them as individuals, society will be a much better place,” says Fuimaono.

SWAG’s President says she will build along the path that previous Presidents and Executive Members had paved, to ensure members continue to be supported and empowered in their business ventures and income-earning activities.

“We also want to encourage organic farming amongst our members and environmentally friendly practices within our small businesses..”

Fuimaono says such environmentally friendly initiatives such as packaging, are promoted and put into practice at the SWAG weekly markets, held each Saturday at the STA fale in Apia.

The President notes that although SWAG focuses on women growers and entrepreneurs, there is also a huge push for the participation of men and spouses.

“We want to encourage them to be there for us – we need them by our side,” Fuimaono smiles.

In terms of current and future projects, Fuimaono acknowledged funding support from Australia’s Department of Foreign Affairs and Trade (DFAT) through their Tautua Project, to build swag as an organisation and strengthening its governance structures.

“It will also allow us to carry out more value-added and e-commerce trainings for our members to further support them in building up their small businesses and income generating activities.”

Fuimaono says SWAG has also received funding from PIRAS – the Pacific Islands Rural Advisory Services formed in response to the demand for a network of all those interested in agricultural extension and advisory services.

“This is a service we’ll be running for not just our members, but to also support other women in the community,” explains Fuimaono.

Fuimaono acknowledged the outgoing President, Mrs Shelly Burich as well as Vice President Tammy Annandale who stepped in as Acting Pres when Burich resigned in May this year.

Also continuing in their roles arw are founding members of SWAG; Ofusina Toamua as Treasurer and Papalii Mele Maualaivao of Koko Moni as Secretary.

If you’re visiting Samoa, don’t miss the SWAG Markets every Saturday morning at the STA Fale in Apia.