A powerful message spoken during the keynote address of the opening of new shelters at the Campus of Hope, was felt by all who were present.

Invited guests held back tears as Senior District Court Judge Talasa Atoa-Sa’aga spoke about the need to provide comfort security and hope to abused children, comparing the completed construction of two new shelters to the rebuilding by Prophet Nehemiah of the walls of the Jerusalem.

Judge Atoa-Saaga says the shelter named Sakura represents a time of renewal and optimism, the ending of winter, signifying the beginning of spring.

“Today as I look across these shelters, I am reminded of the work of Prophet Nehemiah, who was deeply grieved and hurt when he heard the devastation of his homeland and the destruction of the walls of protection that once sheltered families from their enemies,” she said. 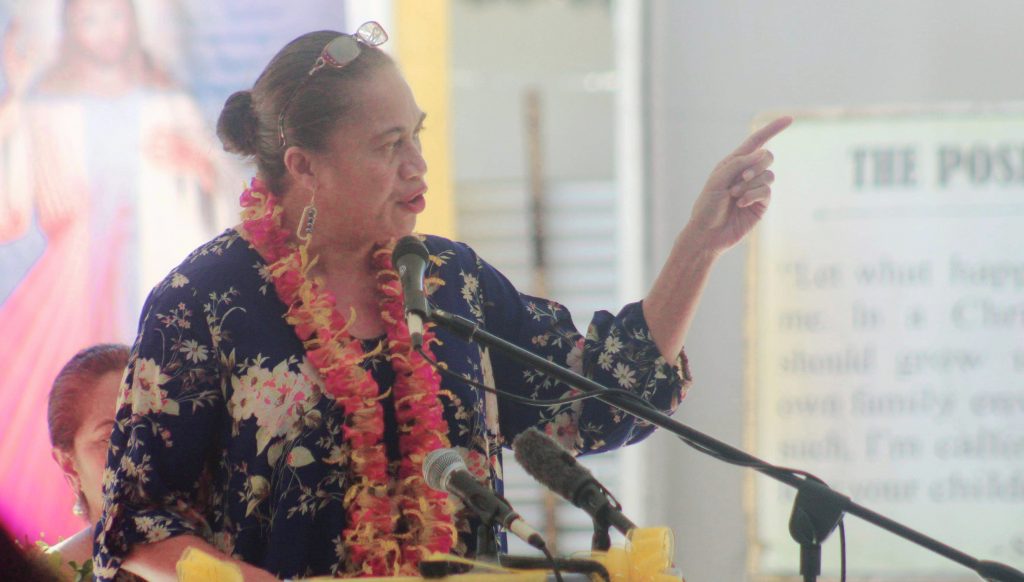 “And God answered through a foreign King for building materials to help the Prophet and his people to rebuild the walls.”

“The walls of protection were again re-built, and the people were again sheltered, and protected from their enemies.”

Judge Talasa said the occassion was not just a celebration of the completion of buildings or shelters, but acknowledged the it was the building of protective walls for victims of domestic violence.

“This devastation called domestic violence has demolished the walls of protection around the most vulnerable members of our families; the women and children;

“Samoa Victim and Police are the frontliners time and time again. They have witnessed in despair the desperation of women and children who have for years, sought refuge when they have reached that point, when they are no longer protected or secured in their homes;

“These walls represent homes of transformation and renewal, and within these walls women and children will find comfort, security and hope,” said Judge Talasa.

Judge Talasa also commended Siliniu Lina Chang, President of the Samoa Victim Support Group and her team providing shelter for close to 200 children at Samoa’s campus of Hope. The new shelter for women now further expands the work of SVSG to include abused mothers and their young children.

As the ceremony was being held Thursday morning, Samoa Police brought in Sakura House’s first occupants, a mother in her 20s with 4 children all under 6 years old.

Judge Atoa-Saaga reminded the SVSG team that the expansion of their work to include shelters for abused women is the fulfillment of their calling –  just like Prophet Nehemiah – to speak out for the voiceless.

Chairman of the SVSG Board Georgina Lui thanked the Government and people of Japan for the assistance that funded two buildings within the Campus of Hope.

SVSG is a Non Government Organisation and the NGO relies on funding through donations and assistance from partners. SVSG  fills the gap in Samoa society to offer refuge to victims of sexual abuse and domestic violence.

Many teenagers who have been raped within their homes come to the Campus of Hope. They give birth and their babies are cared for by SVSG.