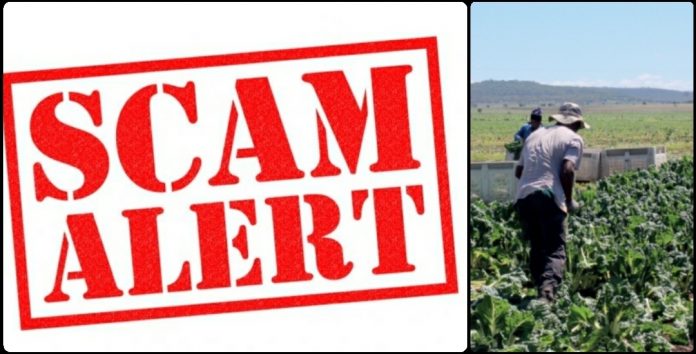 Two men have pleaded guilty in relation to a scam where they deceived unsuspecting members of the public, by misrepresenting themselves as agents accepting registration fees for seasonal work abroad.

They stood unrepresented in Court and accepted all charges against them, as the Registrar read out the name and village of each of the 13 victims who filed complaints with Police.

Victims of the scam and their families arrived at Faleolo International Airport on Tuesday 28th September 2021, expecting to catch a flight to Australia.  When the group realised they had been deceived, they registered complaints with Police which led to the pair’s arrest.

At the time of their arrests, Deputy Police Commissioner Auapaau Logoitino Filipo said both Lafaele and Faaleleiga had previous convictions, and were well known to police.

Samoa Seasonal Worker Schemes
The Government through the Ministry of Commerce Industry & Labour (MCIL) is the only authorised entity and coordinators for seasonal workers from Samoa outbound for Australia and New Zealand.

The Australian schemes are known as the Seasonal Workers Program (SWP) and the Pacific Labour Scheme, (PLS). New Zealand offers the Recognised Seasonal Employer (RSE) scheme that has been in effect since 2007, focusing on recruiting workers to fill labour shortages during harvest seasons of the horticulture and viticulture industries.

Despite numerous warnings issued by MCIL, members of the public are still being deceived by fraudsters holding out to be agents.

A victim of this latest scam who did not wish to be named, said they acted of out desperation, and the Savalalo office where the pair conducted operations ‘seemed genuine’ to them.  The victim said they were also sent by the scammers to obtain police reports, and medical clearances.

Joseph Lafaele and Viliamu Tuigamala Faaleleiga are remanded in police custody until sentencing in December by Justice Vui Clarence Nelson.