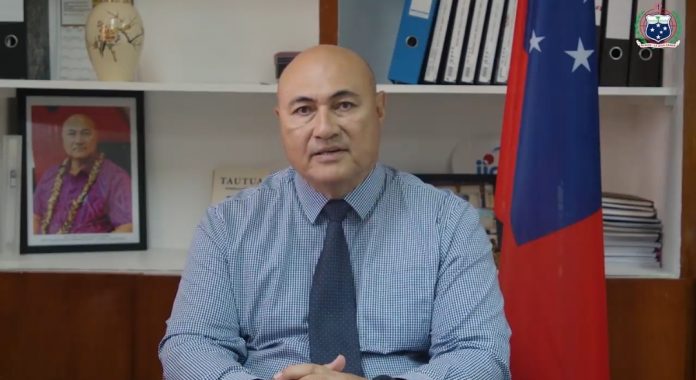 Samoa’s participation in the seasonal worker schemes of Australia and New Zealand remains on hold as a special Cabinet committee continues its review of the programme.

Tuala said the programme is being reviewed by a special sub-committee of the Cabinet, which includes heads of government departments.

According to the Deputy Prime Minister, the review of policies and procedures governing the seasonal worker programme is set to be completed by the end of January. The recommendations by the review committee will then be presented to Cabinet for its final decision.

“However like everything else, there are challenges and areas that must be addressed to ensure the programme is well managed and sustained going forward..”

“In addition the welfare of the workers from Samoa is an important component of these programmes that cannot be overlooked.”

Tuala said these are the factors being taken into account by the work being carried out by the Cabinet sub-comittee.

Samoa has consistently been one of the top three suppliers of labour under New Zealand’s Recognised Seasonal Employer (RSE) scheme since its introduction in 2007. During the COVID-19 pandemic, when only a small number of Pacific countries participated in the 2021 border exceptions and subsequent quarantine-free travel arrangement, Samoa’s dominance, alongside Vanuatu’s, strengthened.

The increasing number of seasonal workers has been seen as a ‘growing pain’ for local business and industry, saying that as workers are being trained up, they are leaving Samo for better pastures provided by temporary work.

Traditionally the recruitment has been within villages with unskilled labourers, however, in recent times, those trained at APTC, NUS, and within the hotel and tourism industry have opted to apply for seasonal work.

Tuatagaloa Joe Annandale of the Poutasi Trust, who has been facilitating seasonal work for decades has managed to ensure a balance between the exodus of workers from his District, and the maitenance of family plantations and farms. They developed the “grow 100 tiapula before you depart” rule – where men leaving for temporary work overseas must put down 100 taro roots before departure.

The disparity in salaries is a contentious issue that attracts ALL workers including semi-skilled and skilled workers. As Tuatagaloa once said in a consultation with the tourism industry, “The salary received from a six month temporary work placement, is equivalent to working 10 years here in Samoa”.