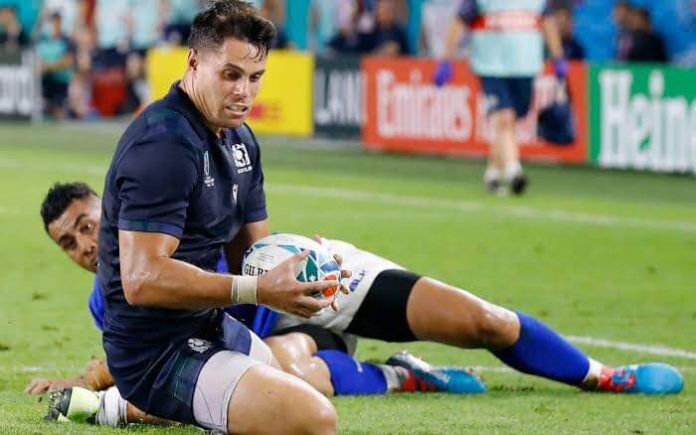 01 October 2019 RWC Japan. Scotland took an early 3-0 lead 10 minutes into the crucial pool game with Manu Samoa off the boot of Laidlaw.

At the 30 minute-mark Scotland upped the ante with Samoan Sean Maitland scoring off a pinpoint Finn Russell cross-kick to push the lead to 10-0.

Scotland lead 17-0 with 4 minutes remaining in the first half but not until Stuart Hogg slotted a 45m drop goal to push Scotland to a 20-0 lead heading into halftime.

Manu Samoa came out strong in the second half looking for redemption. After a line break from Ed Fidow early in the half it looked like Samoa were up for the challenge. The momentum was not long lived – poor handling by Samoa giving momentum back to Scotland.

Scotland used this momentum to pressure Samoa with back to back line out drives. Eventually the Manu Samoa couldn’t take the pressure and a penalty try was awarded.

With the lead now 27-0 salt was added to the wound when Ed Fidow was given a yellow card for entering the maul illegally. 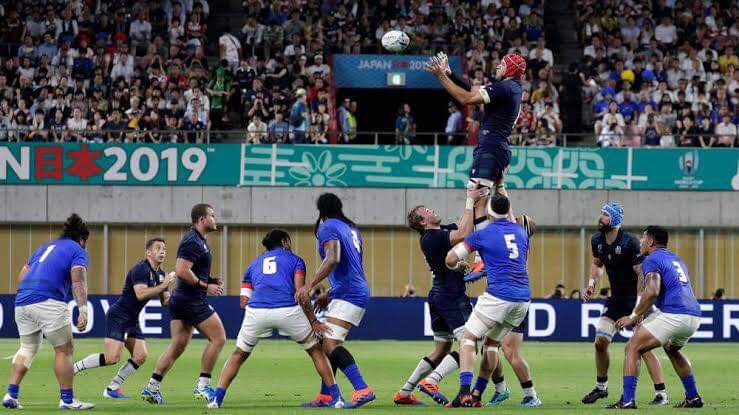 Samoa made a number of half breaks looking to win back the momentum, however the Manu Samoa who had conceded 32 missed tackles gave Scotland the opportunity to pile on more pressure.

Sean Maitland sliced down the left hand side of Samoa’s defence eyeing his second try.  Ed Fidow came across to what seemed to have been a try saving tackle but a second look at the TMO showed Fidow leading with his knee giving Scotland a second penalty try and Fidow his second yellow card of the night. 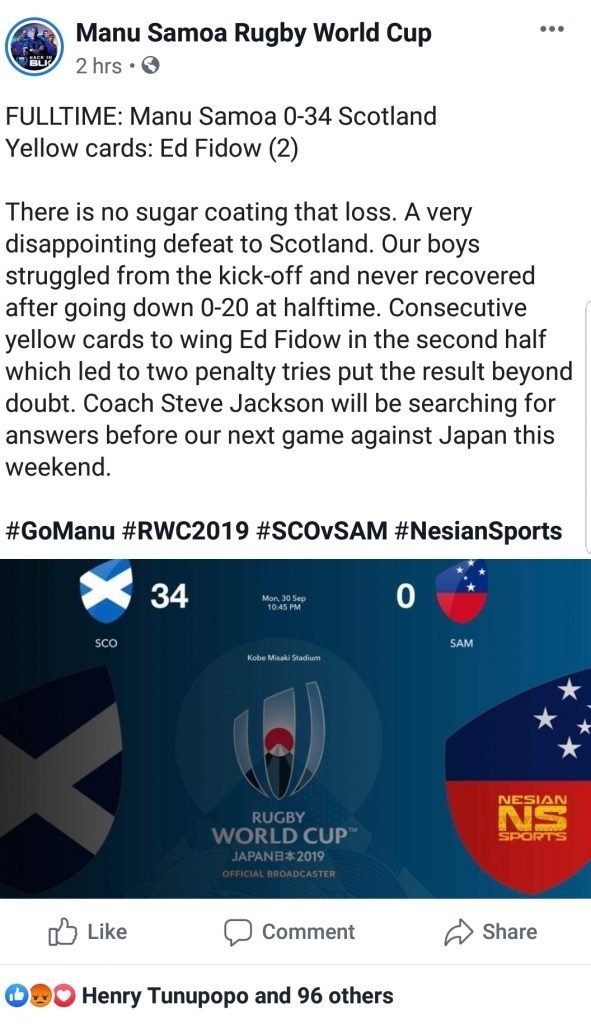