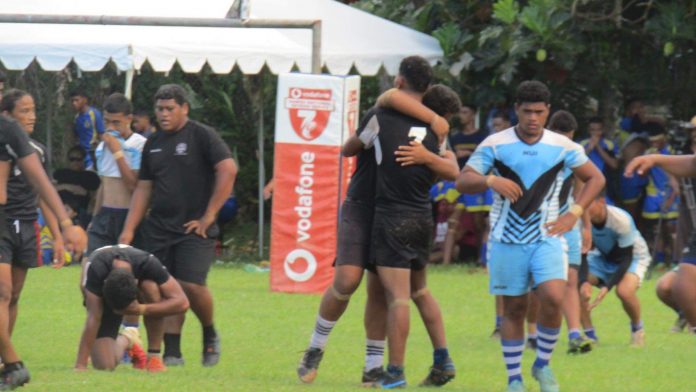 Nuuausala College (NasCo) defeated Leifiifi College in the first semi final 25-18.  Nuuausala were handed three yellow cards in this match but managed to maintain the lead, clearly the fitter team on the paddock.

With only one day rest between matches this week, injuries were starting to take its toll on players.

Nuuausala No.8 and captain who led his side well, may not make the finals on Friday due to a possible concussion treated by Red Cross in the last minutes of the match.

Nuuausala had beaten Pesega Under 18 in a close quarter final on Monday this week, that went to overtime.

St Joseph’s College who had beaten Safata in the quarter finals on Monday managed to secure the semis today against Vaiola.

The Church College  team from Savaii were gutted to have been denied a chance to play in the Champ of Champ finals, when they lost in a gruesomely close 24-20 match. 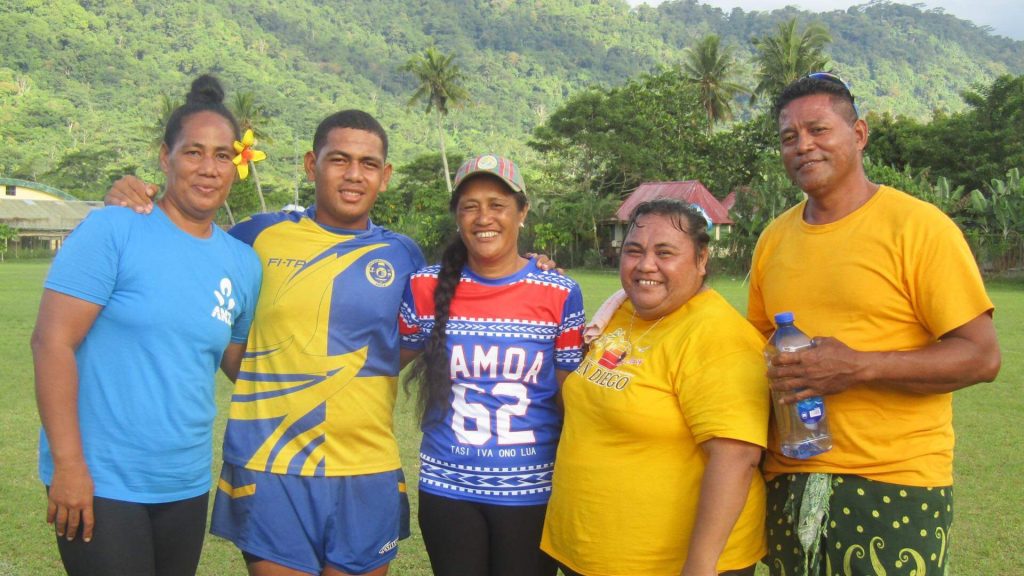 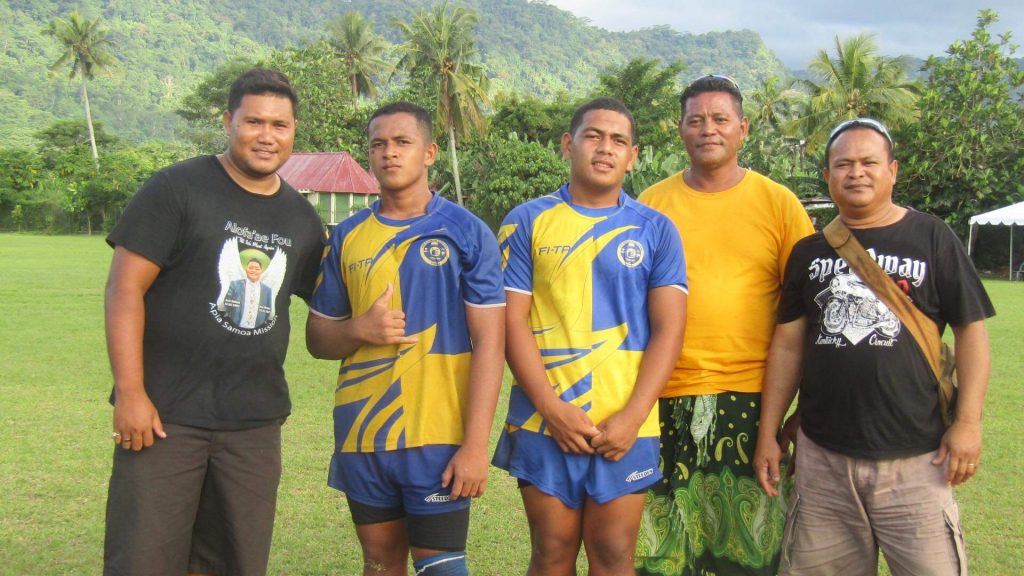 Many parents and supporters had travelled from the Big Island to tapuai their boys, who came close to toppling St Joseph’s College.

For the Girls Under 18 ten-a-side comp, two Savaii teams have made it through to the semis.

The first semi-final on Friday will be between Palauli-i-Sisifo and Leulumoega Fou College. The second is between Aana No.2 vs Palauli College. One of the girls teams has lodged a formal protest and the results of that tribunal may change the semi finalists for Girls Under 18. 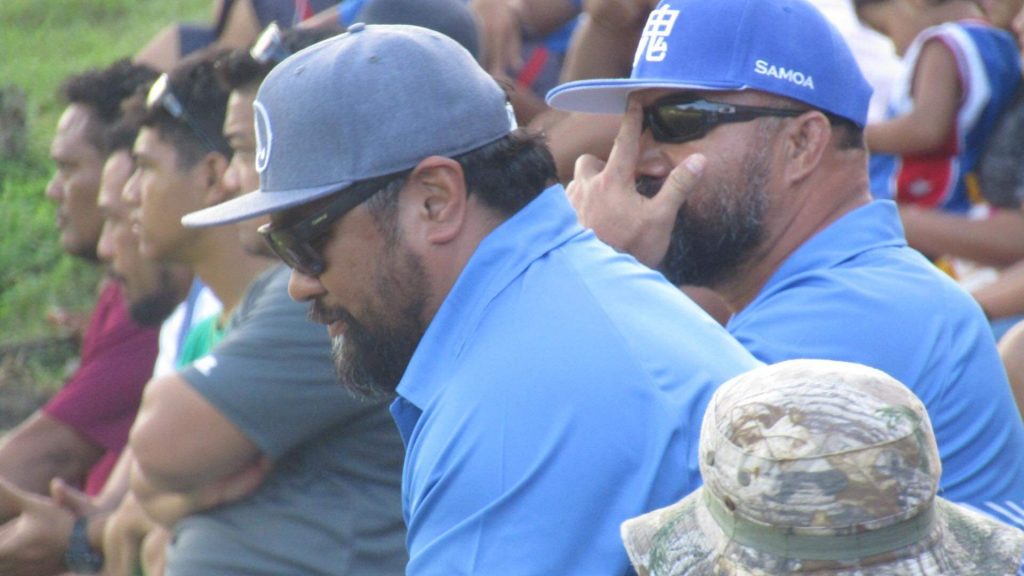 Finals will be played on Friday at St Joseph’s College fields.