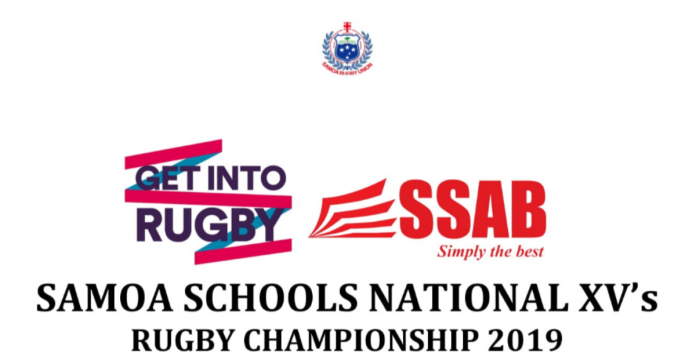 The tournament is supported by main sponsor Samoa Stationeries and Books (SSAB) Ltd; with assistance from the Get into Rugby (GiR) programme which is implemented by the Samoa Rugby Union in collaboration with the Samoa Schools Rugby Union.

The tournament will be held at St Joseph’s College Fields, Alafua in a three day format on Monday 8th, Wednesday 10th and Friday 12th April 2019.

The Boy’s Under-19, Under-17 and Under-15 divisions will advance directly to Quarter Finals on Monday, Semi Finals on Wednesday and Finals on Friday.

The U19 Girls 10’s competition commences on Wednesday 10th and concludes on Friday 12th April.

The Samoa Rugby Union wish to thank all the students, teachers and principals of the schools that participated in the regional zone qualification round, and congratulate all the schools that have qualified to the national championships.

We also thank the schools that have embraced girl’s rugby especially in Zone A, Zone C and Zone D, who are well represented in the 2019 nationals as we push to have more schools participating in girl’s rugby. 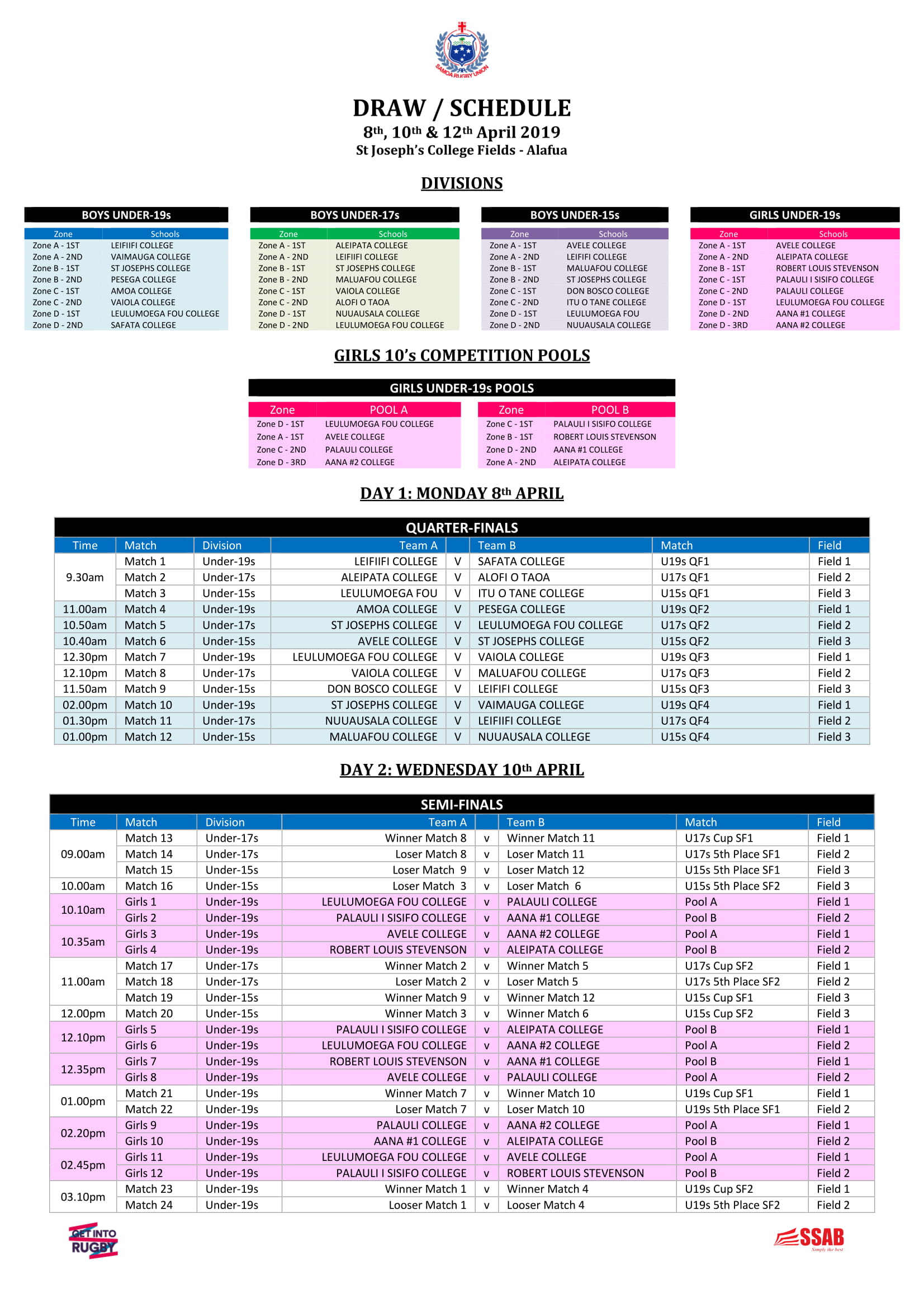 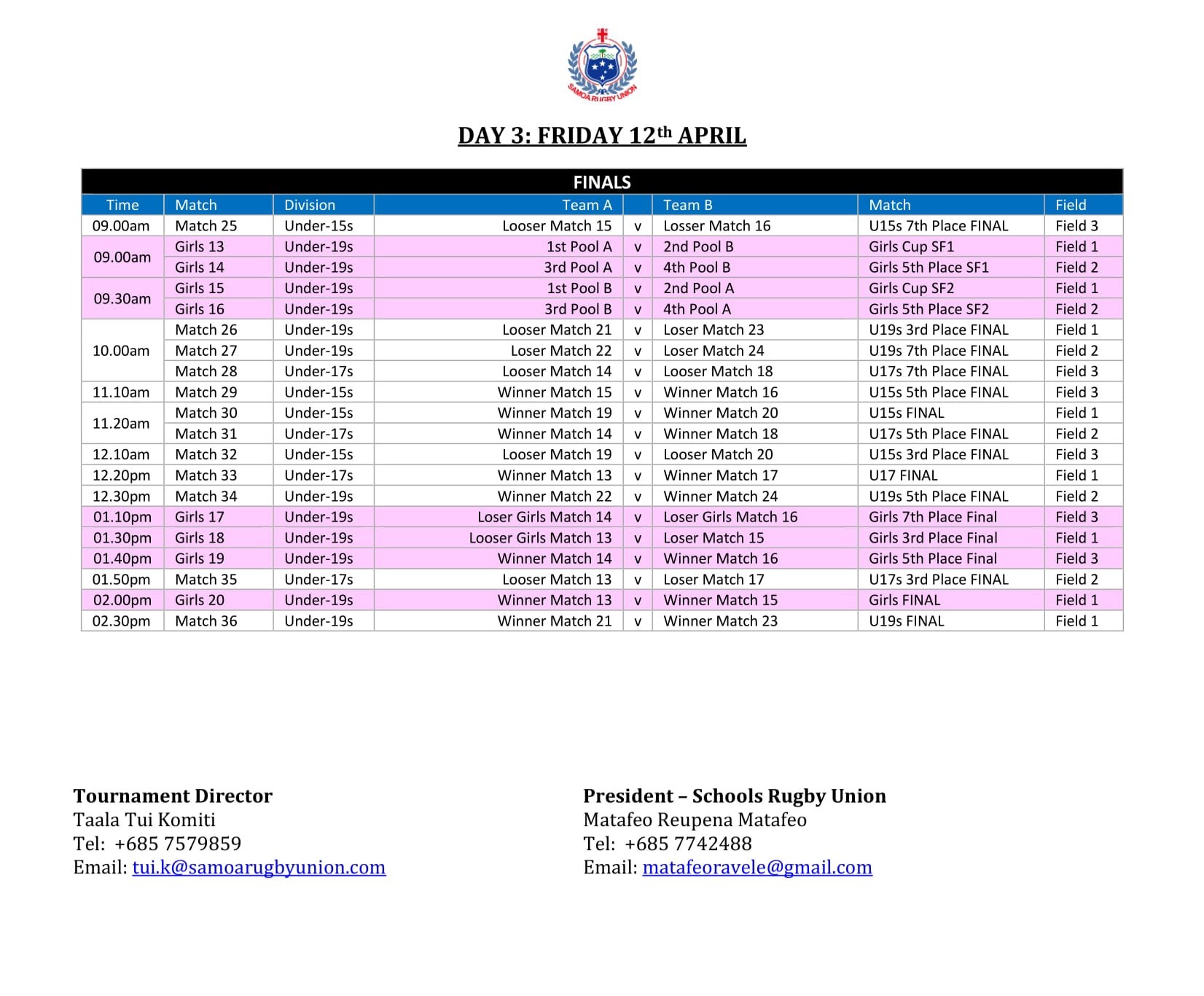