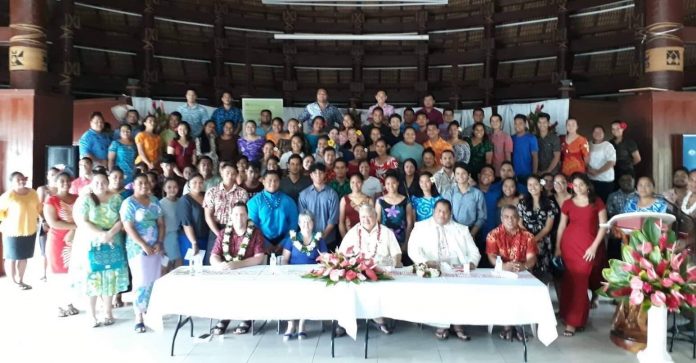 8 January 2019, Apia Samoa. The annual Government reception for the NUS Foundation awardees was held this morning at Lepapaigalagala Campus.

A statement from the Government Press Secretariat states that, “The Government of Samoa in conjunction with key development partners Australia and New Zealand have finalised the list of successful NUS Foundation awardees who will be pursuing scholarship awards at tertiary educational institutions in Australia, New Zealand and the region”.

The press statement also refers to a new online application and selection process that has “changed altogether” the way the New Zealand scholarships have been assessed”.

The press release states that, “New Zealand applied its new online application and selection process for the Foundation Category last year in 2018 for the 2019 intake.”

“The online system has changed altogether the way the New Zealand scholarships for Foundation level have been assessed for NZ funded awards, where academic merit is not given the prominence it was accorded in the past, but more so other assessment attributes contribute to the assessment and selection process. Work is in progress to ensure that any system applied provides a fair, robust, transparent and efficient selection process.” 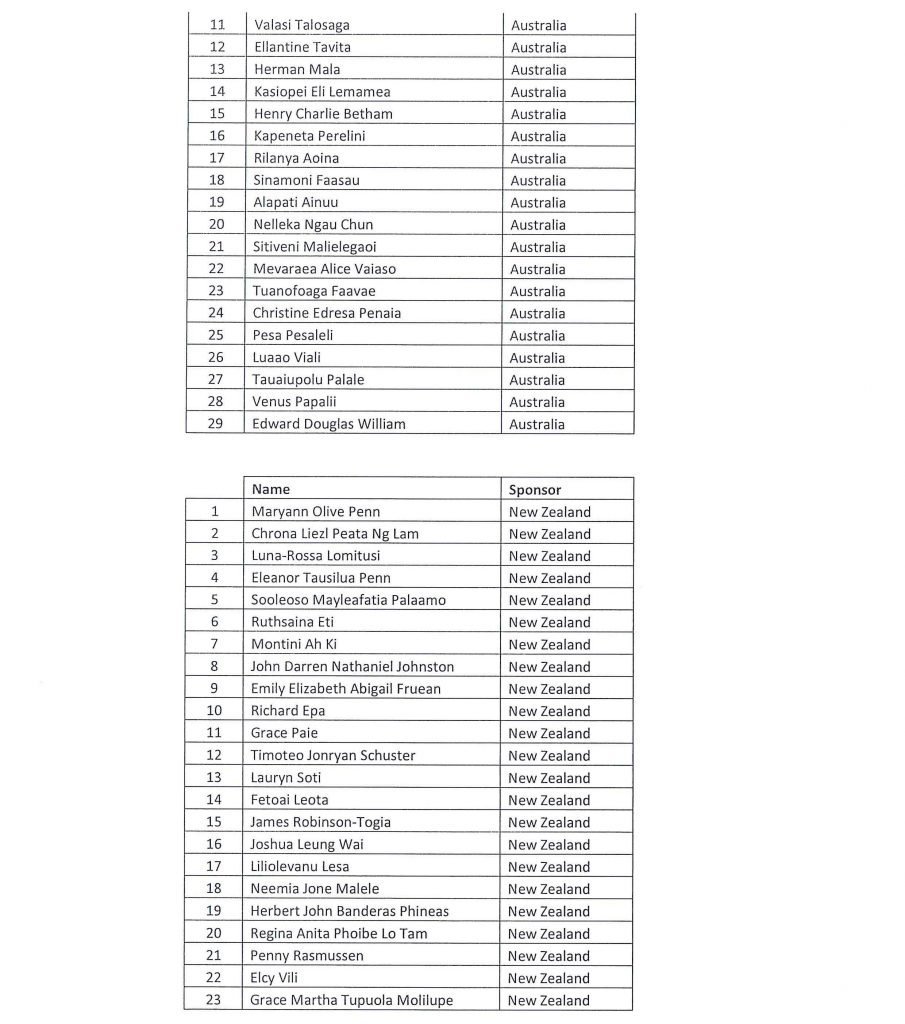 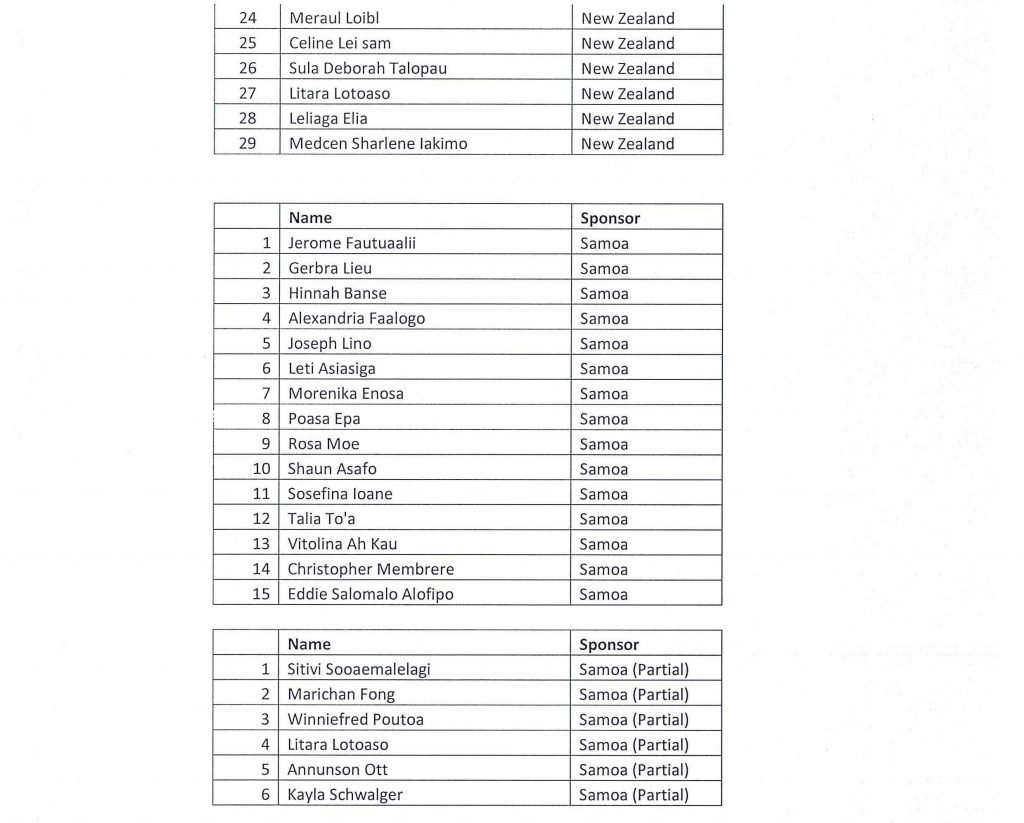 The press statement also announces the 33 selected for the Open Category and 15 selected for Distance Education Scholarships.

As explained, “The Open Category scholarship awards are made available for those already employed in the public and private sector, NGO and civil society. Thirty-three (33) awards have been provided for the Open Category 2019 intake”.

“The Open Category awards enable successful applicants to undertake higher education study at tertiary educational institutions in Australia, New Zealand and the Pacific region with the intention to build capacity, attain skills and knowledge that can contribute to Samoa’s economic and social development.”

The list of the Open Category scholarships was also provided and listed below: 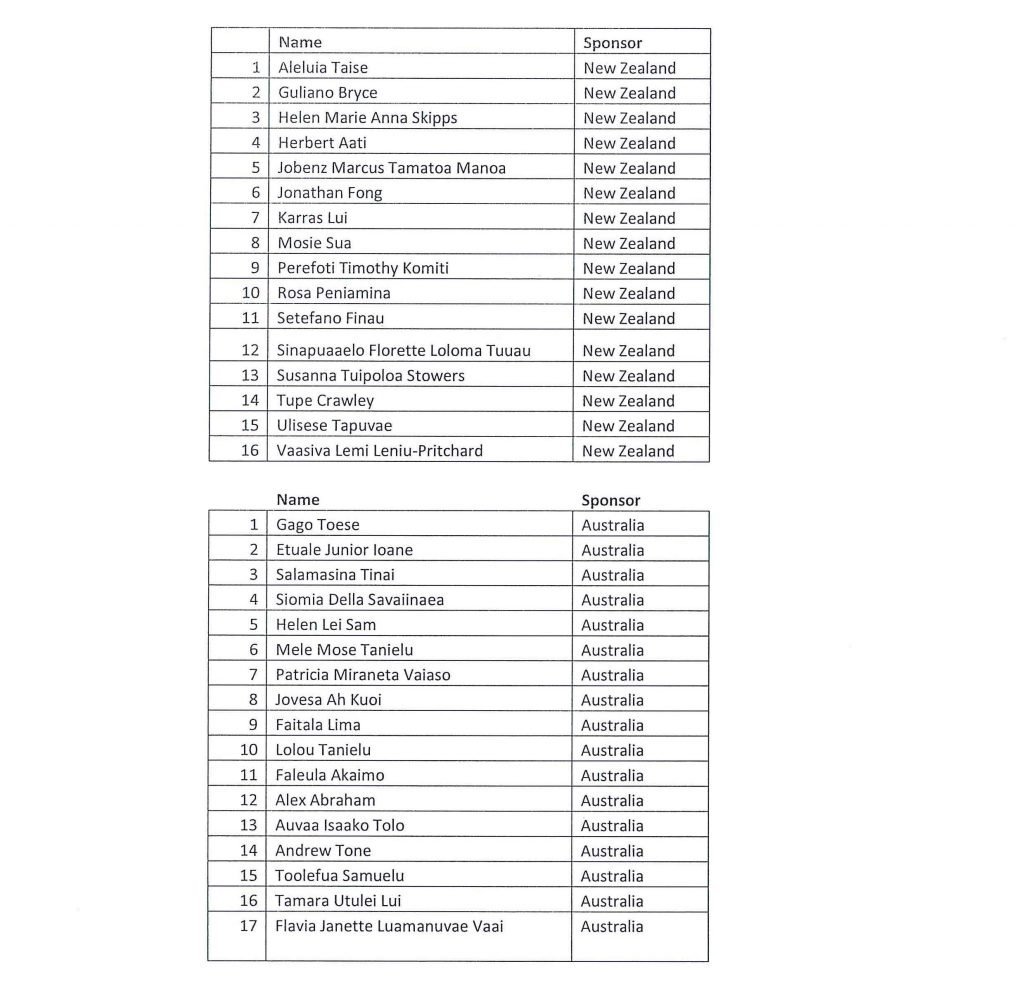 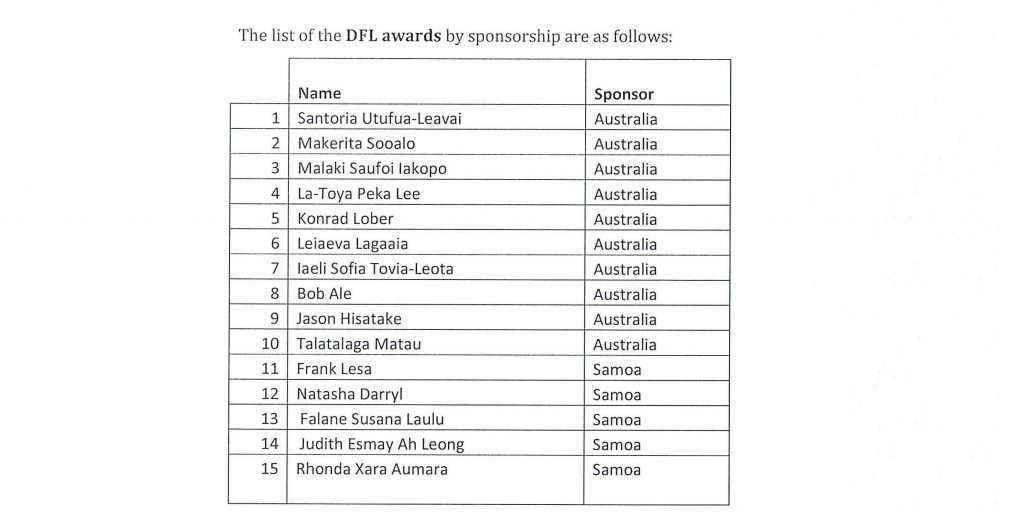 The public are requested to direct any questions to the Ministry of Foreign Affairs and Trade (MFAT):