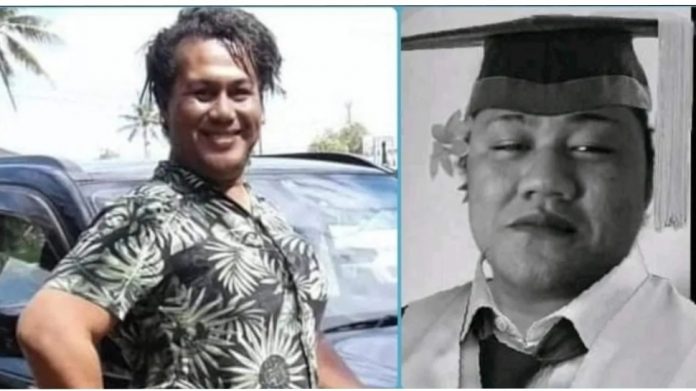 20 December 2022, Apia Samoa, Translated from FaaSamoa. Two scammers who are currently serving time at Tanumalala prison for pretending to be seasonal worker coordinators, appeared once again before the Supreme Court during Monday morning criminal mentions.

RSE scammers Viliamu Tuigamala Faaleleiga also known as Vivien and Joseph Lafaele aka Joleen appeared before Justice Fepuleai Ameperosa Roma and both pleaded guilty to a further three charges of obtaining by deception.

The Court heard that the pair had fraudently used a National Bank of Samoa cheque with the name Patele Maselino Lafaele to obtain money for themselves. The other two charges related to using a second cheque to order pizza and receive cash from a local restaurant in Apia.

The pair were jointly charged, pleaded guilty and sentenced in November 2021 to 4 years and 6 months for scamming 13 victims of $300 tala each, by holding themselves out to be seasonal worker coordinators.

In March this year, Mr Faaleleiga or Vivien, appeared in Court to face a further charge relating to scamming a woman from Sogi for $650 tala in November 2021.

Justice Fepuleai Ameperosa Roma requested a report from probation and a submission from Prosecution with a suggested starting point. He set down Monday 8 February 2023 for the matter to be recalled.

charged and sentenced in November 2021 to 4 years and 6 months for scamming 13 victims by holding themselves out to be coordinating workers for overseas.