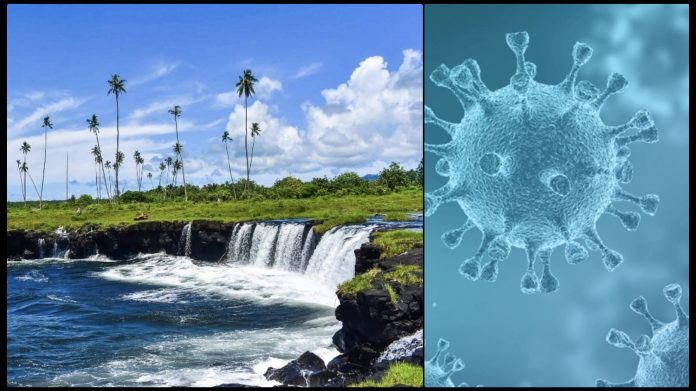 Sunday 19 March 2022 Apia Samoa. Savaii has registered its first community case of covid-19 as Samoa’s total active cases reaches 111. This was confirmed in a press release issued by the Government just before 2am Sunday morning. Of the 111 active cases, 96 were community transmissions, while 15 had earlier been identified from the most recent repatriation flight. It is reported that of the 111 cases, 89 or just over 80% are asymptomatic and are being kept at isolation sites, while 22 are being monitored at the Motootua National Hospital.

A total of 51 new cases were recorded from various testing sites on Saturday, including the first case for the Big Island of Savaii. This is in addition to Samoa’s Patient Zero recorded on Thursday, and the 44 cases reported from Friday testing. Samoa’s total community transmissions so far, is therefore 96. There are no active cases recorded for the islands of Manono and Apolima as of the time of the report, the government confirmed.

Samoa went into Alert Level 3 lockdown at midnight on Friday night after its first community case was discovered on Thursday. Patient Zero had visited the Motootua National Hospital on two occasions before anyone realized she had covid. She had also traveled by bus throughout the week and attended church gatherings including a Bible study session with students at the National University of Samoa.

From Motootua National hospital doctors, nurses, patients and caregivers were amongst the 44 new positive cases registered on Friday.  The Government release does not mention how many more healthcare workers and patients at Motootua National Hospital are amongst the latest positive cases. The summary also does not indicate the number of tests that had been administered across the various testing sites and district hospitals.

Samoa remains under Alert Level 3 until midnight Tuesday night, or 12am Wednesday 23 March. Prime Minister Hon Fiame Naomi Mataafa stated on Thursday night that her Cabinet would continue to monitor and assess the situation, with further action to be announced before the end of the current Code Red lockdown period.  The government social media pages report the Prime Minister and Cabinet visiting district hospitals across Upolu on Saturday.

Samoa’s vaccination rates are high with close to 90% of eligible adults double vaxxed. Samoa began the rollout of vaccinations for students 12-17 at the end of 2021, and the Ministry of Health were in the middle of the vaccination programme for children 5-11 years, when the community case was announced on Thursday.