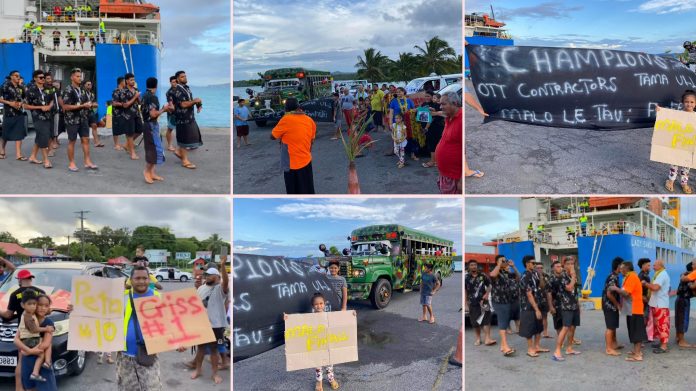 Players and management of the 34th Vailima International Marist 7s champions arrived into the Big Island of Savaii to a heroes’ welcome by the village of Salelologa on Monday.

The Ott Constructors Tamauli 7s team narrowly beat BBE Vaiala by 14-12 in a well fought battle at Apia Park, to win the title for the first time in the 34 year history of the tournament.

The Tama Uli squad, led by Head Coach Matamua Junior Salima, left Upolu on Monday’s 4pm ferry to  Savaii, and arrived on the Lady Samoa II to a proud welcoming party of supporters, who had been following the 34th Marist 7’s in TV1 Samoa, cheering on their village team from the Big Island.

Speaking to Samoa Global News, a good friend of the Tama Uli Head Coach and member of the Salelologa village, Junior I’u Solo, said it was a spectacular sight as the entire village of Salelologa; men, women and children took to the  wharf with banner and welcoming signs to await the Tama Uli.

Junior I’u Solo said the team were greeted with leis (ula manogi), and the bus awaiting them was fully decorated with welcoming  banners on either side. 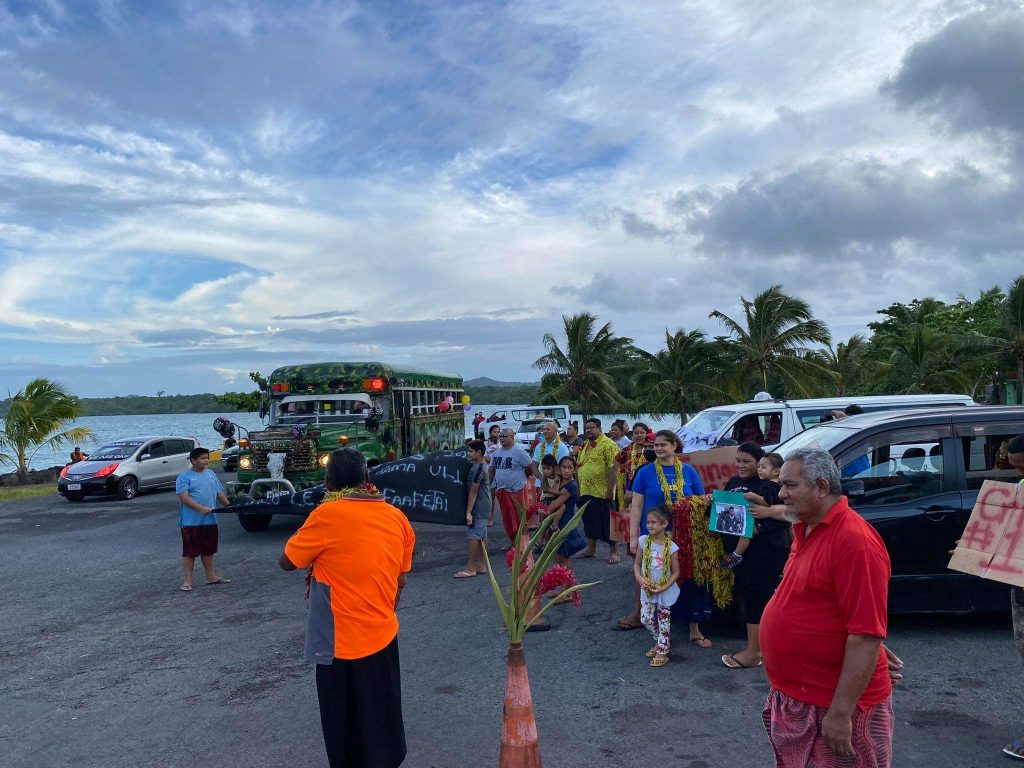 “This is the first historical win for Tama Uli, but it is also a huge celebration for all of Savaii, that the Cup can be brought here,” he said.

“It is not just a win for Salelologa, it’s a win for all of Salafai.”

“So many people were waiting at the wharf and everyone stopped to wave to the boys.. there was feeling of excitement in the air..”

According to Junior, the prize money of $15,000 was distributed to the players and each player received $1,000 tala.

“So their families would be happy, because they were in camp for two whole weeks to prepare for the Marist 7s.”

The village hosted an ava ceremony to welcome back the Tama Uli players and management, followed by a thanksgiving dinner at the home of Father Don Bosco in Salelologa.

According to Junior, the Tama Uli team is run by Matamua Junior Salima and Taffy Jaclyn Tuioti Mariner, whose father is Papalii Tomasi Mariner. “They are the key behind the Tama Uli club and must be acknowledged for all the hard work they put into the team.”