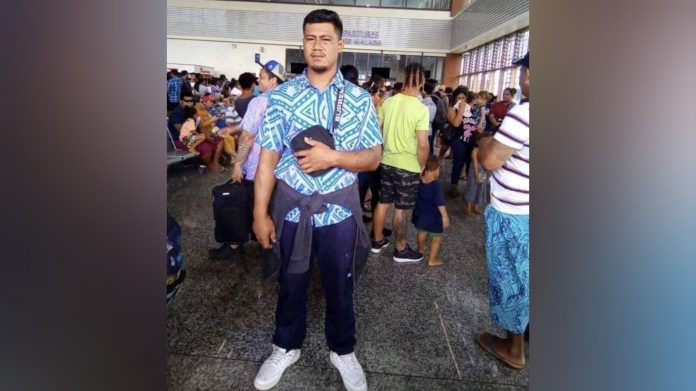 Mon 31 January 2022. Updated. The family of a 27 year old seasonal worker from Papa Puleia in Savaii who left Samoa in September last year for temporary work in Tasmania, are trying to come to terms with the news of his sudden death.

Sefulu Palenapa Tauiliili was described by his colleagues and family members as a hard worker, fit and strong with no signs of illness or known pre-health conditions that could have led to his sudden death.

Sefulu’s team leader in Tasmania said their group was on a bus returning from a shift when the incident happened, commonly described in Samoa as a “mai oso” or a sudden episode. The team leader says there was a formal investigation and he did not want to give details, but says there were 21 of them on the bus when it happened.

Speaking to Samoa Global News, Sefulu’s aunty Tavaetoto Eleele Toilolo said her nephew was the only boy in his family with six sisters. “He was the second youngest. He may have been young but he was the heart of this family in everything. He worked the farm, and did everything for his mom and his sisters..”.

Mrs Toilolo said Sefulu’s father, Palenapa Tauiliili passed away in 2014. He then resumed the role of ‘man of the house’ said his aunty. She said one of his sisters lives in Australia, and another works in the Samoa Police, Prisons and Corrections Service (SPPCS). His mother, Mrs Soilolo Tauiliili, was finding it hard to cope with the news.

A work colleague in Australia, Dennis Vaotua said Sefulu spoke about his family a lot, and they knew that his heart was at home with his parents and siblings. “When we sit down to eat a good meal, he would always say, I wonder what my dear parents and siblings are eating tonight..”

Sefulu has a first cousin working in the same team in Tasmania. Jay Tulafili is devastated to have lost a brother while so far away from home, and he was the one who conveyed the sad news to the family in Savaii.

“It is so hard to hear of such tragic news when they are so far away from home,” said Sefulu’s aunty. “We couldn’t believe it when we first heard, but then our nephew called confirm the news. It is very sad for us, to let them go on these work placings and then hear of tragic news like this. It’s very hard to accept.”

It is the second death of a Samoan seasonal worker in Tasmania in the space of two months. Berniece Maeataanoa Samuelu died suddenly in her sleep in December 2021. She was stationed as a seasonal worker with Hillwood Berries in Tasmania.

A statement has yet to be released by Samoa’s Ministry of Labour, the central agency coordinating the seasonal workers programme.