High schools from the Big Island of Savaii dominated the National Schools Invitational Sevens Championship held over the weekend.

Lakapi Samoa’s development partnered with the Ministry of Women, Community and Social Development, UN Women, Vodafone Samoa, SSAB and Pacific Ezy Money Transfer to host a schools rugbt 7s competition aimed at sending key messages of healthy living amongst youth, as well as gender equality and promoting an level playing field with opportunities for both boys and girls.

Palauli took out the Boys Under 18 while Palauli-i-Sisifo won the Under 18 girls competition. 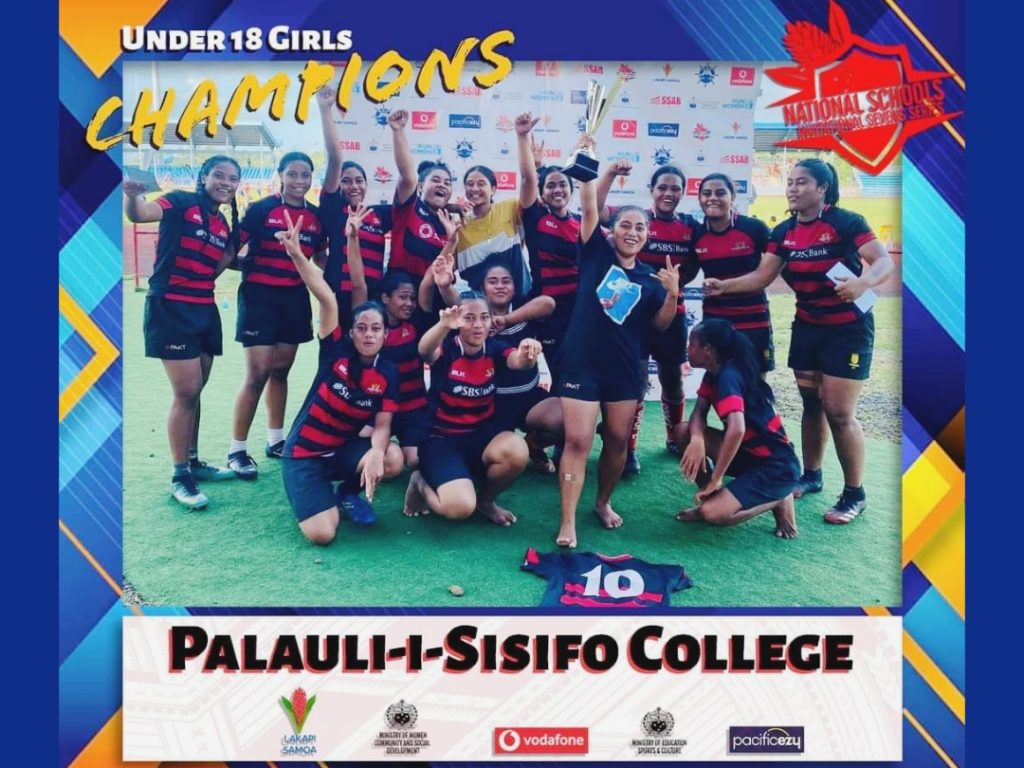 For Under 16 – Savaii again dominated. The Church of Jesus Christ of Latter Day Saints Vaiola College in Savaii secured the boys Championship trophy while Itu-o-Tane took out the girls Under 16s.

The competition was run over two days, to coincide with Samoa’s 60th Independence anniversary celebrations.

The latest success of Samoa’s National 7’s team with a squad made up of local players, has lifted the interest of schools and clubs across Samoa in the shorter version of the game.

Lakapi Samoa’s Development team continue to work closely with the schools across Samoa and the Samoa Schools Union to develop rugby skills for both boys and girls.