The Samoa Association of Sports and National Olympic Committee (SASNOC) with support from the Spotlight Initiative hosted training workshops this week to raise awareness of national sports federations in Samoa on the issue of gender based violence. 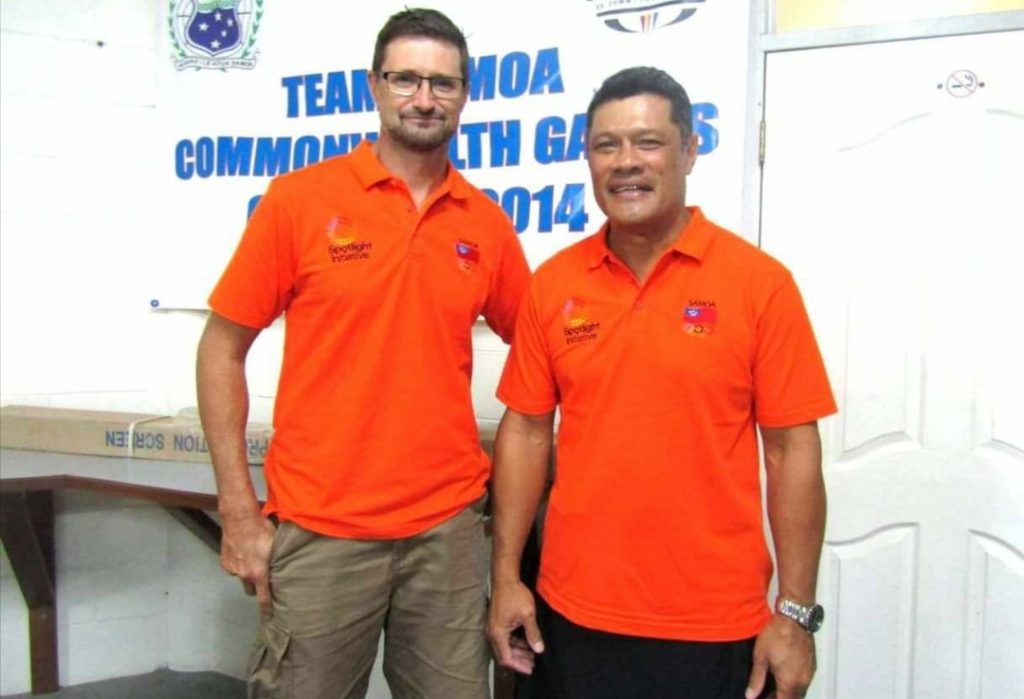 The report revealed only 25% of sporting bodies in Samoa had existing policies to address gender equality and gender based violence in sports.

Tuala also presented on the prevalence of domestic and gender based violence in Samoa and the Pacific, drawing from the National Study on Family Violence conducted by the Office of the Ombudsman through the National Human Rights Institute (NHRI).

The Samoa Voice of Athletes (VOA) group then led practical sessions on the importance of having a policy, guidelines for development of a policy, and the impacts on athletes if policies are not in place to protect them.

Joel Reti asked four groups to reflect on the questions of…

Group presentations highlighted the importance of having policies that were practically applied and owned by sporting organisations, and not just shelved without anyone knowing what’s in them. 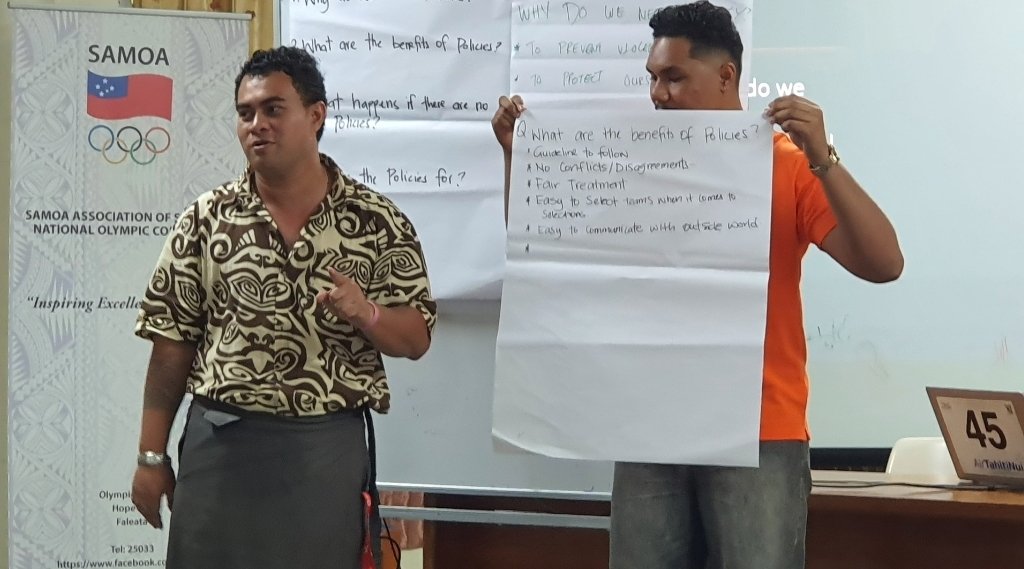 One group presented the benefits of having a policy as… “To prevent violence and to protect ourselves as players, to maintain peace, to overcome fear and to provide a safe environment for athletes, administrators and everyone working in sports”.

Representatives from National Federations discussed the benefits of having policies to ensure gender equity and inclusiveness in sports and help prevent female athletes, coaches, referees and administrators from unfair treatment or abuse. 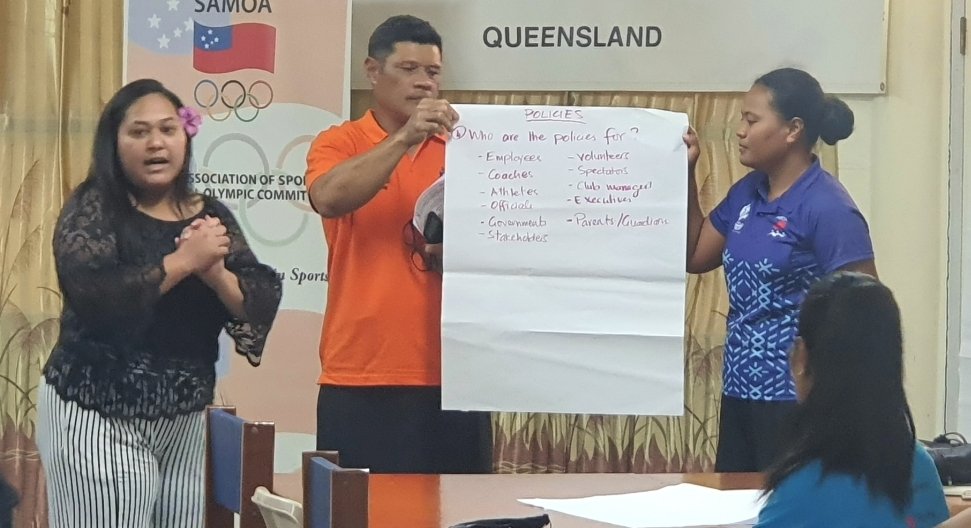 “Not having a policy means there are no guidelines, no control, and can lead to lack of commitment and impact the stability and governance of an organisation..” 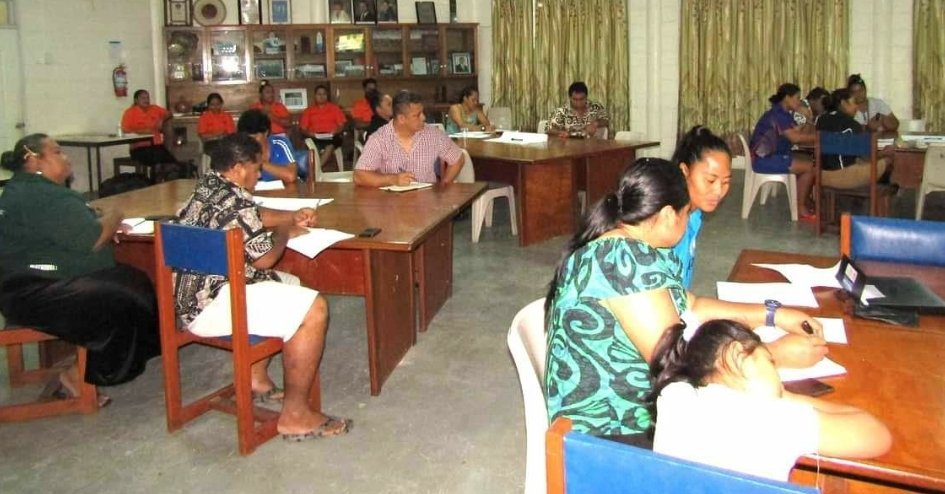 The training workshops were offered to all sporting bodies or National Federation (NF) representatives in Samoa, registered under SASNOC.

To maximise participation, the workshop was held on Wednesday and repeated on Thursday as an option for availability of sports administrators in Samoa, who mostly work on a voluntary basis.

SASNOC CEO Tuala Mathew Vaea said the workshops and activities led by the VOA aimed to raise awareness amongst athletes and Samoa sports administrators on their joint role and responsibilities to end gender based violence not only in sports, but in Samoa.

“It’s important for athletes to develop their knowledge and understanding of the issues, and more importantly, how they can deal with domestic violence and all forms of violence they face in sports”, added the SASNOC CEO.