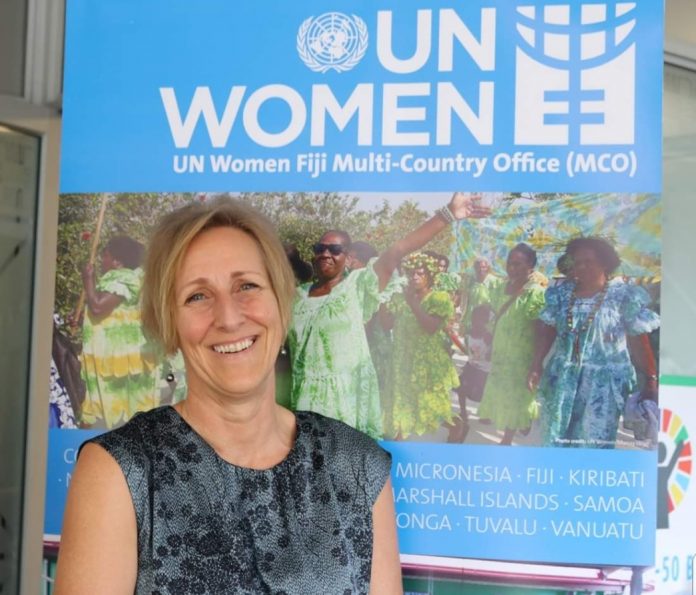 02 March 2019, Apia Samoa. UN Women Pacific have announced the appointment of their new UN Women Fiji Multi-Country Office Representative, Sandra Bernklau who had previously worked as a consultant and Technical Specialist for the UN Markets for Change project.

Bernklau will lead the office in its efforts towards gender equality & women’s empowerment in the Pacific region.

Sandra Bernklau is also the Chair of Save the Children Fiji and much of her career has been focused on human rights and gender including the rights of children both within the Pacific and abroad.

Bernklau who was in Samoa this week for the EU-UN Spotlight initiative to end violence against women and girls, says she is looking forward to the adventure ahead.

“I’m proud to serve UN Women, and the women of the region.”

Bernklau brings to the role over 25 years of experience working on gender and human rights issues in the Asia Pacific region.

The programmes of UN Women Pacific are supported by the Australian Government Department of Foreign Affairs and Trade, European Union in the Pacific, Canada’s Foreign Policy—Global Affairs Canada and UN Women Asia and the Pacific.