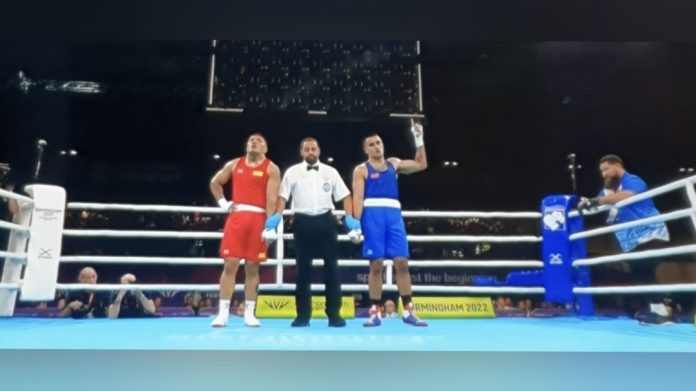 Samoa’s heavyweight boxer, Tupuola Seua’i Ato Plodzicki-Faoagali has advanced to the final of the Commonwealth Games, after a dominant third round against Niue’s Duken Tutakitoa-Williams.

Four out of five judges had ranked the Niuean marginally ahead of Tupuola in the first round, but the Samoan Olympian came back strong to take the second round of the all-Pacific semi final.

The Commonwealth Games silver medalist then put in a solid third round and got the nod from all five judges to secure his place in the final.

After the result was read out, Tupuola took a knee and humbly accepted the win over his Pacific brother. 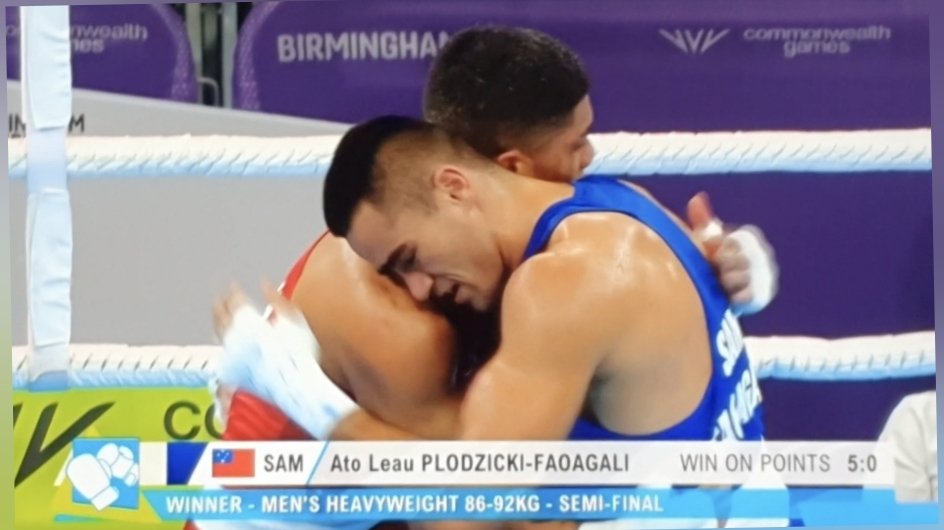 Tupuola has secured Samoa a silver medal with his semi-final win. He now has one day to prepare for the final, keeping Samoa’s Gold medal hopes alive.

Losers of the two semi final bouts both get a bronze medal, making Tutakitoa-Williams the historical first ever Commonwealth Games medalist for Niue.

Responding to Samoa Global News from Birmingham, Tupuola says it’s always an honour to represent Samoa and asks for the nation’s prayers as he prepares for the final.

“Please pray for me Samoa,” he pleads.

England’s Lewis Williams was too strong for Australia in the other semi-final and Tupuola Ato will now face the host country in the final for Gold.

Tupuola, now 23, has been boxing for Samoa since he was a teenager. In fact all three boxers in Birmingham have been representing Samoa since the Youth Commonwealth Games in 2017.