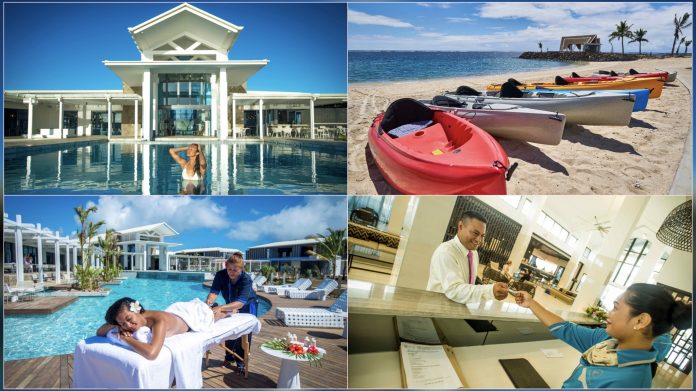 The International Travel Awards are the most prestigious hospitality and tourism award program in the world, rating travel service providers from over 120 countries and six major regions of the globe.

This is the second time Taumeasina Island Resort has been recognised as the Best Luxury Beach Resort by International Travel. The ‘home away from home‘ beach resort was also awarded the same in 2019.

The award recognises “sustained committment to excellence and outstanding achievement in the international luxury hospitality industry”.

Taumeasina Island Resort has been ranked the best from amongst beach resorts in all of Oceania including Fiji, Australia, Cook Islands and other competing destinations with beachfront resorts.

One of the key aspects of Taumeasina Island Resort’s success is General Manager, Tuiataga Nathan Bucknall. An Australian who has fully embraced the Samoan culture of hospitality and service to others, and incorporated these traditions into the resort’s hosting of its guests.

“Taumeasina Island Resort was opened on July 2016, and the journey has been incredibly challenging, while being equally rewarding,” said Tuiataga.

Tuiataga is a chiefly matai title bestowed on Nathan Bucknall from Moataa – the village in which the resort is located. The gesture has cemented the resort as part of the community and its surroundings.

Tuiataga thanked the resort’s local patrons and overseas visitors for their loyal support over the years, despite recent pandemic lockdowns.

Taumeasina Island Resort has recently hosted the New Zealand Prime Minister and her delegation of 30 as Samoa’s borders re-open to the world.