24 July 2020, Mt Silisili, Samoa. Police Commissioner Su’a Fuiavailiili Egon Keil and members of Samoa’s special Tactical Operations Squad (TOS) have conquered the highest peak in Samoa as part of continued efforts to ensure they are prepared for the worst case scenarios of emergency situations that may arise.

The latest simulation exercise was a hike to the top of Mt Silisili. It took the squad 5 hours to reach the top of the 1,858 metre elevation and Samoa’s highest peak.

For those who frequent the Robert Louis Stevenson trail hike on Upolu Island, Mount Vaea is a mere 472 metres above sea level – making the Mt Silisili climb 4 times that elevation, through rugged and steep terrain.

Su’a Fuiavailiili thanked the village of Aopo who provide experienced guides for the hike that has been described by previous conquerors as a challenge “not for the faint hearted”.

“Mailata Iosia Afitu Leau was our main guide and we received awesome support from the village elders of Aopo”, said the Police Commissioner.

Sua added that the simulation exercise ensures the Samoa Police Service are better prepared for emergencies in this area of Savaii.

“We were able to test our communications capability and learned the lay of the land, it’s important to familiarise the squad, should there ever be a need for police response up here”, he added. 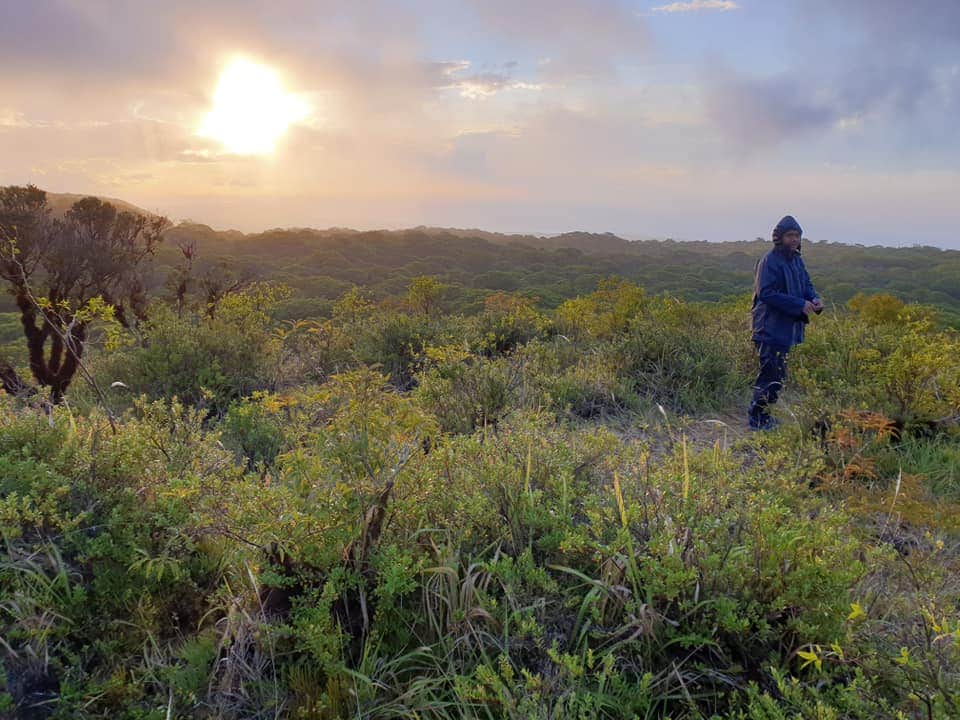