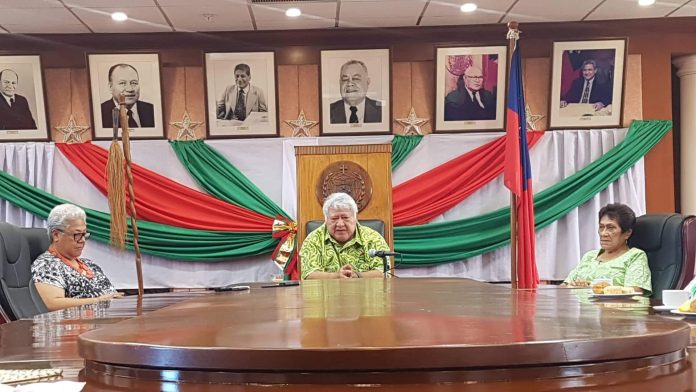 Samoa declared the end of it’s six week long State of Emergency and the start of a State of Recovery for the nation, at a Cabinet meeting held earlier today.

The extreme measures were taken by the Samoa Government to help combat a measles outbreak that has claimed over 81 lives to date.

A press statement confirms that “Cabinet unanimously approved the cancellation of the State of Emergency Orders” while simultaneously declaring a “State of Recovery for Samoa to commence immediately.”

The decisions were made at a special Cabinet meeting held earlier this afternoon.

The release does not state what the State of Recovery entails, except to say that the Ministry of Health and the Ministry of Foreign Affairs have been jointly tasked to come up with a “Recovery Plan” in two weeks’ time.

“The preparations of the Recovery Plan to be tabled for Cabinet’s consideration in two weeks from today”, reads the press release.

The NEOC had set up it’s headquarters in Central Apia, upstairs Samoa Post Office.  All monetary and in kind donations that flooded in from local companies, churches and civil society organisations, as well as overseas Samoans had been received by the NEOC.

According to the Government Press Secretariat, “the Public Appeal supported by the United Nations will continue with the UN’s Resident Coordinator working together in close collaboration with the Government of Samoa”.

The release of State of Emergency Orders means children under the age of 14 will now be allowed in public places and many churches are announcing normal prgrams to resume this Sunday.

There are still 9 critically ill children in ICU/HDU and 1 pregnant woman admitted to Leulumoega District Hospital.