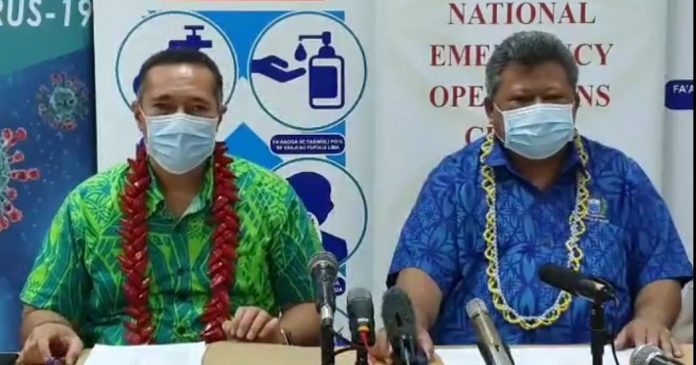 Samoa’s very first registered Covid-19 case since the country has been in lockdown due to the global pandemic has been released to home quarantine under restrictions as set out by the Director General of Health this afternoon..

Leausa Dr Take Naseri says there is nothing to worry about because the 16 year old boy who has never shown any symptoms of the virus since his positive test results will not be allowed contact with any person except his mother whom he’d travelled with from Los Angeles three weeks ago.

“We’ve done some testing on him before he was released on home quarantine and it seems that the virus is getting weaker,” Leausa said.

“The Ministry of Health will still assess this boy until we are sure that he is safe, to ensure the whole community is safe,” he added.

All other passengers on the same flight with the 16 year old had consistently returned negative tests, including the boy’s mother. The rest of the passengers from this flight have now been released after 21 days of monitoring under quarantine.

Included are 50 repatriated citizens from America and Hawaii including five Samoan deportees, and patients who had been treated at the Shriners Hospital.

Samoa’s latest repatriation flight arrived last Friday 5th March bringing in 261 passengers; 154 of whom were from the United States including seven patients who had been treated in India, and 16 returning LDS missionaries.