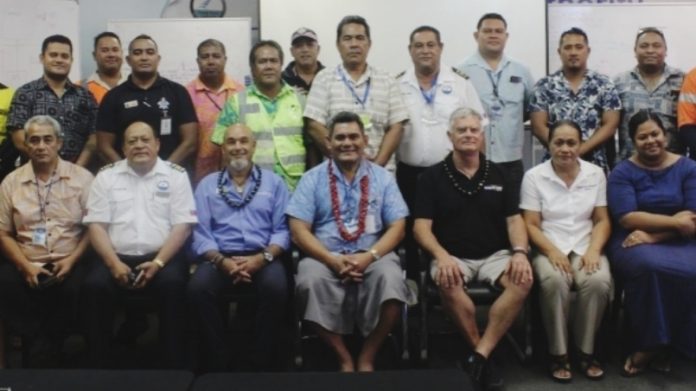 Delivered by two trainers from Maritime New Zealand, the one day session was part of the  Incident Management and Command Training.

“The programme aims to train Samoa’s Oil Spill Response Team, particularly those in supervisory roles to lead the Incident Management and Control under the supervision of the On-Scene Commander or Port Master,” said the Ministry of Works, Transport and Infrastructure (MWTI) Chief Executive Officer, Fui Tupai Mau Simanu.

Fui, who is also the MPAC Chairman encouraged the Incident Control Team to utilise the knowledge and skills learned in this training to continually protect Samoa’s marine coastal environment from the impacts of unexpected oil spills in the future.

The visiting trainers contributed to reduction of plastics and other rubbish in the country through a seawall clean up at Mulifanua on Tuesday 25th October from 5 to 8pm.