9 June 2021 Apia Samoa. Tuilaepa Dr Sailele Malielegaoi has been served to appear in Court next week, to face a motion that he and others be cited with contempt of Court in relation to recent public statements made towards members of the Judiciary, and for boycotting the convening of Parliament on Monday 24th May 2021.

The Court action is a response to a motion by FAST – Faatuatua i Le Atua Samoa ua Tasi party –  to also have Hon Leaupepe Toleafoa Faafisi, the Clerk of the Legislative Assembly and the Attorney General, cited for contempt of Court.

In a symbolic demonstration to uphold the rule of Law the  Honourable Chief Justice Satiu Simativa Perese, together with all members of Samoa’s Judiciary walked up to the doors of Parliament House expecting the XVIIth Parliament of Samoa to convene on Monday 24th May – the 45th day since Samoa’s 9th April general election. 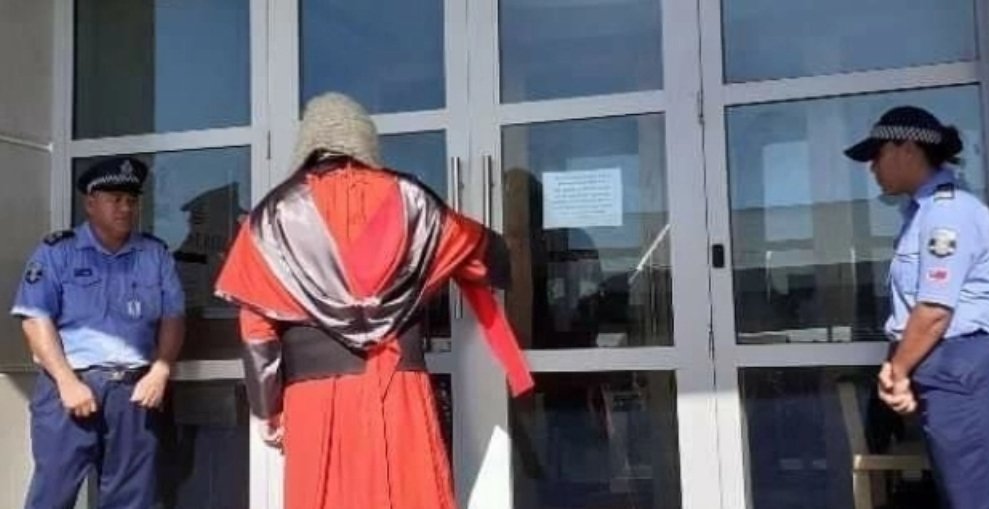 Samoa’s Head of State Tuimalealiifano Vaaletoa Sualauvi II had issued a Proclamation for the XVIIth Parliament of Samoa to convene at 9:30am on Monday 24th May 2021. However after over 500 invitations had gone out and the programme distributed, His Highness then issued a second Proclamation to suspend the opening of Parliament “until such time as to be announced and for reasons that I will make known in due course”. 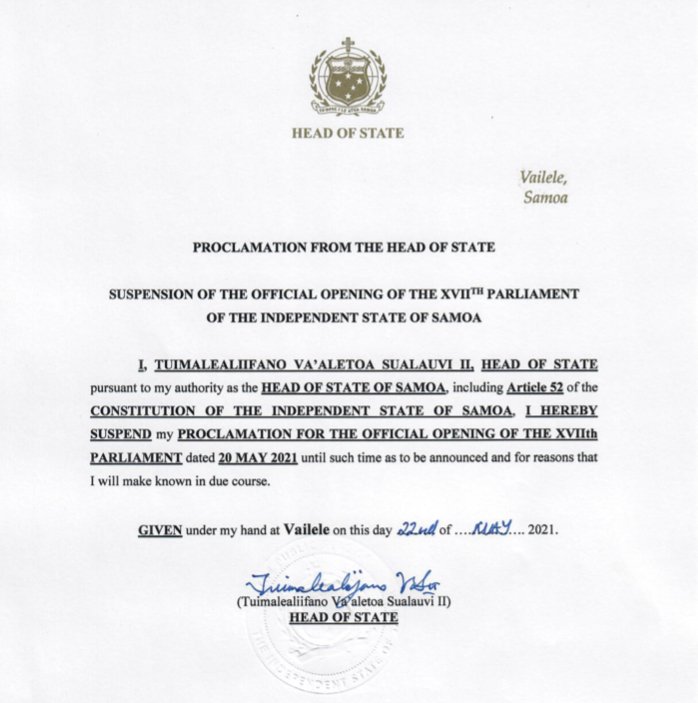 A special in Chambers sitting of the Court resulted in Court Orders that declared the Proclamation to suspend the opening of Parliament as unlawful. The same Orders upheld the first Proclamation of the Head of State for Parliament to convene as required by Samoa’s Constitution within 45 days of an election. 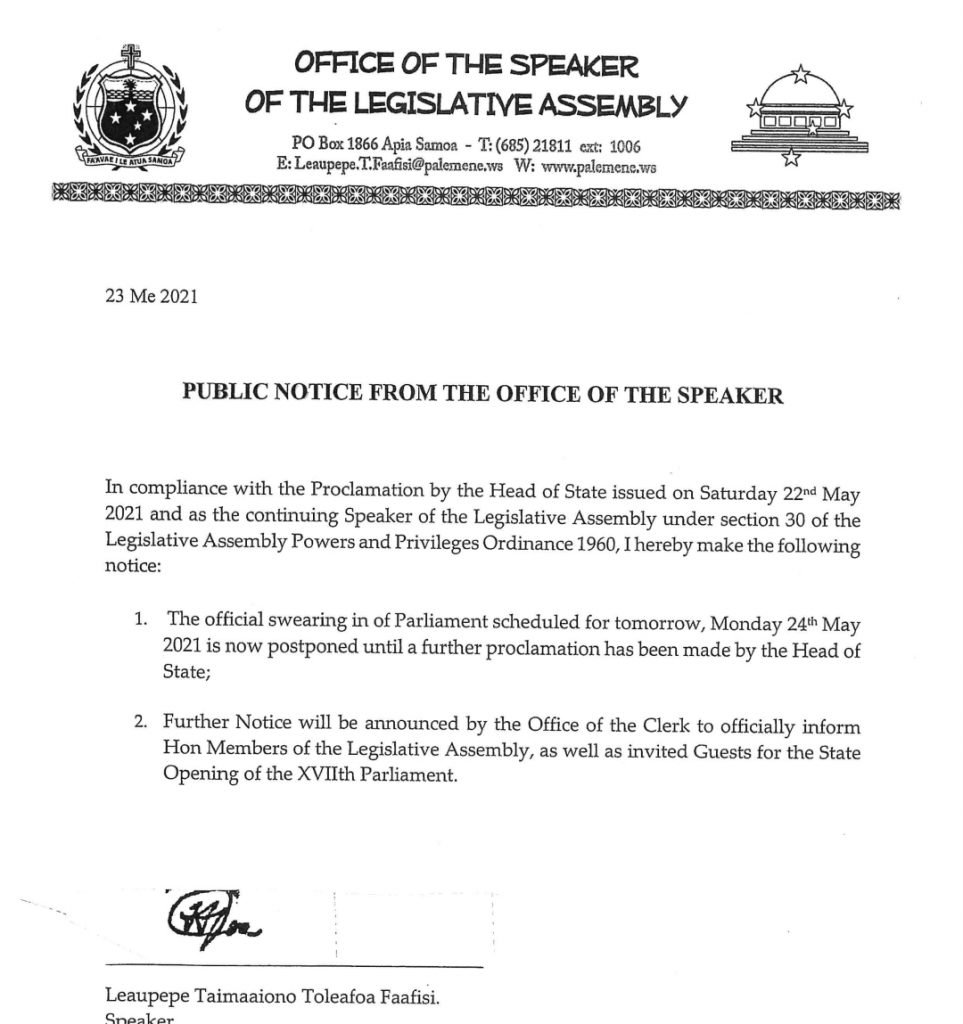 Tiatia Graeme apologised to the FAST party leader that morning, and conveyed that their position is based on the latest Proclamation issued by the Head of State – referring to the  Proclamation declared unlawful by the Supreme Court of Samoa.

On Sunday evening after the Court orders were made known, Hon Tuilaepa Sailele spoke from the TV1 studio to publicly condemn the Court decision and stated that he and members of the Human Rights Protection Party refuse to attend a swearing in.

“As for me and my HRPP party members, we are not going to be sworn in because we know that the 10% minimum required for women in Parliament has not been satisfied,” Tuilaepa said at the time.