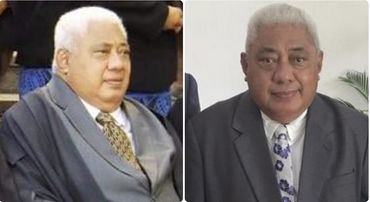 Patu Tiava’asu’e Falefatu Sapolu, the country’s longest serving Chief Justice of over 26 years until his retirement in 2019, passed away on Sunday 28th November 2021 at 9am.

Patu was educated at Marist Mulivai where he excelled as a student, pronounced top of the class in his early years of education and later on in high school where he was also dux at St. Joeseph’s College. He proceeded to the University of Otago and was later transferred to the University of Auckland in New Zealand on a government scholarship where he attained his Bachelors and Masters in Law.

Thereafter Patu worked at the Attorney General’s office as a temporary magistrate and a Court Registrar. He was appointed Attorney General in 1988 and sworn in four years later on the 20th of July 1992 as Chief Justice.

As  Chief Justice, Patu managed the construction of Samoa’s new court house, raised the judicial retirement age from 62 to 68 and established the Family Court and Coroners Court. He was also instrumental in establishing the Mediation Unit to ensure Samoa’s cultural practice of soalaupule was considered before civil cases proceed to litigiation.

Despite having reached the mandatory retirement age, his contract was prolonged for another 9 months. Subsequently after his retirement he temporarily taught the Lands and Titles law at the National University of Samoa.

Patu was then nominated as a HRPP candidate for the electorate of Vaimauga No.2 in the 2021 General Election but could not run as shortly after his nomination, he left Samoa for New Zealand for medical treatment, accompanied by his wife Tuitama Savaiinaea Iliganoa Sapolu. He is survived by his wife and three children.

Many reunites are flooding social media, by colleagues, members of the legal fraternity, and Samoans around the globe, to honour Patu Tiava’asu’e. Former Deputy Prime Minister Lesamatauanuu Misa Telefoni Retzlaff who attended primary school and then law school with Patu writes, “Our prayers are with Masiofo Iliganoa and all the family at this time. We thank God for our friend Patu’s life of service and privilege of having known him, and enjoying his alofa and fellowship.”