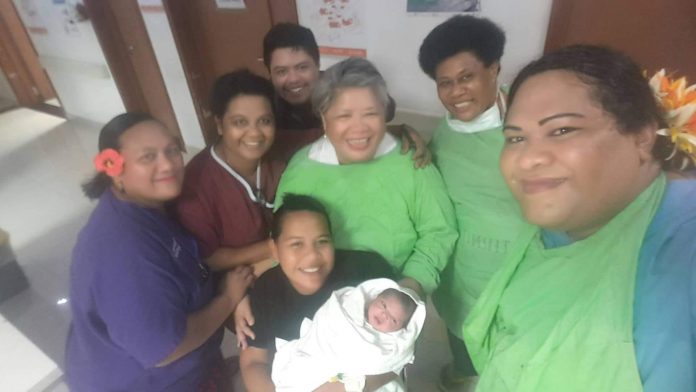 A baby girl born at 12.30am at Tupua Tamasese Meaole Hospital weighing 3580 grams is Samoa’s first baby of the new decade.

Born to Angela and Faletoa Moli from Falefa, the little princess is her parent’s third daughter and possibly the first baby born this decade if Christmas Island does not record a baby before her time of birth.

Samoas New Year baby was delivered by RM Tiara Tuulua and she says there was a lot of excitement in the air amongst the on-duty nurses and midwives with several mothers in labour prior to midnight.

“It was exciting for us because we had more than one mother in labour before midnight, and a baby boy was born just 20 minutes after her,” said RN Tuulua who is also a Registered Midwife.

“Angela is my cousin so it was extra special for me to deliver her baby tonight;

“We are from the Mulitalo family in Saanapu,” she says.

It has been a busy night for the maternity ward with the on duty nurses and midwives delivering four babies in the first three hours.

“I am so blessed to always be the one to deliver the special babies with assistance of our midwives on duty.”