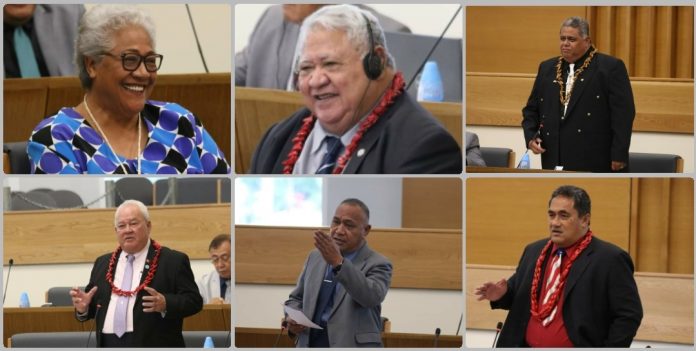 Can we truly navigate towards a unified future, if we do not forgive and put aside our hurts of the recent post-election past?

We are in danger of Samoa’s future being derailed by its recent post-election past.

Our two major political parties, (now referred to by international media as rival parties) have active formal complaints against each other with the Police, the Courts, the Judicial Service Commission and the Samoa Law Society. Both also, it seems, are focused on continued attacks on each other, that all relate back to the recent dark period of post-election struggle Samoa has just lived through.

The three and a half month-long political crisis was not without its casualties and cross-fire victims. We have all been affected. Friendships, family-ties, workplaces, clubs and societies, churches and villages all took a hit one way or another, and some are still divided, perhaps with little chance to mend.

Hanging over us is the question of the legitimacy of the elected opposition MP’s who have not yet been sworn in. These MP’s were confirmed as the elected candidates of their electorates, by the very same election process that the Government of the day relies upon to call themselves MPs. Those of them who have survived petitions have effectively been confirmed by the Judiciary. The only difference is that they were not sworn in at the ceremony held under a tent outside Parliament. Of course they were not present, as that is when the country was divided, and that day shall forever remain in our history as the height of the political impasse.

Does it help us to move forward if we continue to question the legitimacy of those MPs and by doing so, question the voices of those people who voted them in? We think not.

The world and our Pacific neighbors have watched as we held protest marches, political car rallies, and Court battles. Amidst all of that we have allowed cyber-bullying and social media attacks to reach an unhealthy, venomous and defamatory level – sadly – by Samoans against Samoans. Just click on the most vulgar comment riddled with abuse and personal attacks, to see a profile picture of the author’s kids smiling faces, and their latest post being a Bible verse!

In the public sphere, the Police continue to investigate and arrest those who allegedly road blocked the HRPP protest in Savaii and of concern, a FAST party voter and mother of Faleu Manono had her family home attacked in the middle of the night.

Is this how we are going to build a peaceful and prosperous future?

In February 1990 less than two weeks after he had been released from his 27 years of imprisonment, the late former President and African National Congress party leader Nelson Mandela made a strong call for peace in conflict-torn Natal.

“Take your guns, your knives, and your pangas (sapelus) and throw them into the sea”.

“If we do not bring a halt to this conflict, we will be in great danger of corrupting the proud legacy of our struggle and will endanger the peace process in the whole of our country,” Mandela told the massive open-air crowd of 200,000 people – the population of Samoa. 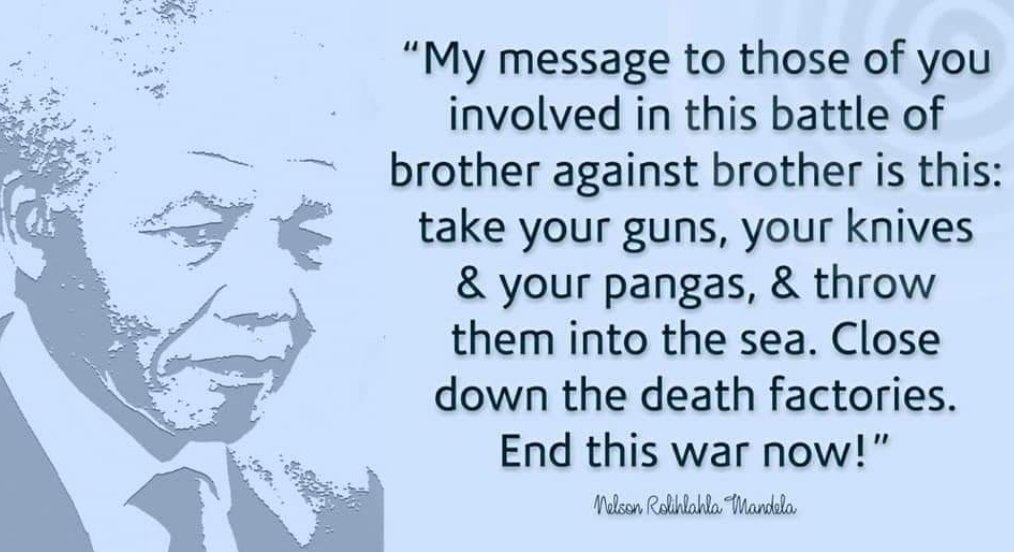 With that stroke of leadership, he helped stop the bubbling civil unrest of the time in South Africa spurred on by among other things, a change of national leadership. Once in office as President a month later, he effectively quashed fears of violent revenge from the victims of apartheid, by introducing the formal “National Policy of Reconciliation” and forgiveness. He persisted to push this approach into his nation’s mindsets even when it was unpopular with those who had been fighting against the injustices of the past, and if anyone had cause to otherwise be bitter about the past it was him.

The move did not deny the mistakes and injustices of the past, but he chose to move on from them.

With the current uncertainties hovering over the Public Service, we could be forgiven for thinking there is no proper Management of Change strategy. Five CEOs or heads of key government departments, (Ministry of Women, AG, Clerk of the House, CEO Finance and the Commissioner of Police) have either not been extended, been asked to leave their office, suspended, or resigned with immediate effect.

By all means if a Government employee is not performing, they should and need to be managed or even removed accordingly, and as the PM has said is required – an ‘apolitical’ Public Service.

“Government cannot properly transition into government if they cannot rely upon the Public Service performing its functions and duties in an efficient, professional, effective and apolitical manner so that we can achieve the goals we have set for our people,” said Fiame.

“I have faith that all who are willing to work diligently according to the agreed Public Service values and Code of Conduct, in order to achieve those goals, will be respected and valued for that commitment by my government..”

It is only fair therefore to expect this to be the way Public Servants are treated – outside of political beliefs and affiliations.

It would seem instead that there has been an apparent lack of proper procedures. The processes we are accustomed to such as confirmation through a Cabinet Directive or FK – on its bright yellow paper so as to stand out amongst a cluttered desk..

Clear identification of a required acting leader, and confirmation to the public via a Press Secretariat release of the decision, seem to have been replaced by direct Ministerial letters to CEOs with varying notice periods, confusing public statements of non denials and reluctant acceptance of resignations, and confirmation that at least to some extent, the decisions have been motivated not by the performance of the Public Servants, but by their roles post-elections, and in the case of the now former CEO of the Ministry of Finance, because of a ‘conflict of interest’.

We cannot but call on both the Government and the Opposition to please cease and desist from leadership decisions that seem to be motivated by post-election ill feelings and to reconsider their ‘tit for tat’ complaints and Court cases.

As examples – still pending is a Contempt of Court motion by FAST against those who failed to attend the Court-ordered sitting of Parliament that resulted in the tent swearing-in, citing HRPP leader Tuilaepa and others.

Also still pending are allegations of bribery and treating in relation to election campaigns proceeding as private prosecutions by HRPP against FAST leader Fiame and five others.

We respectfully seek a future that unifies Samoa; where we can take any legal and political weapons that seem based on post-election hurts and personal grievances – and ask to please lay them down and set them aside.

A clear avenue for peaceful transition to be completed, would be for Parliament to convene, and for the offer of the Head of State to properly swear in all MPs to be accepted.

By all means the FAST party’s impressive victory in the Court of Appeal declaring its Tent Ceremony legal will forever hold its proper place in Samoa’s history, but that victory would not be at all diminished by a swearing in of all MP’s in our first Parliament sitting since the election. In fact to take the higher ground and undertake this peace-making step, would show the Government up as willing to be the first of the political parties post-election, to take a stand of unity for the sake of Samoa – even in the face of the injustice of the Parliament doors not being opened when they should have been.

The Chief Justice standing at the doors of Parliament sent an important statement – like it or not separation of powers, and the rule of law, is to be respected. His stand at that moment, saved our Samoa’s Constitutional soul.

Let us allow that victory to take its final lap, by all of us, of all parties and affiliations – witnessing the forgiveness that a united swearing in ceremony in the Maota Fono of MPs from all constituencies of Samoa, can bring.

FAST won the election, they are the Government, and it is time for Parliament to now be the place of debate; and not on our streets or social media.

Be at Peace Samoa, we serve the Prince of Peace, and may His Spirit reign in the hearts of our leaders and all our people.