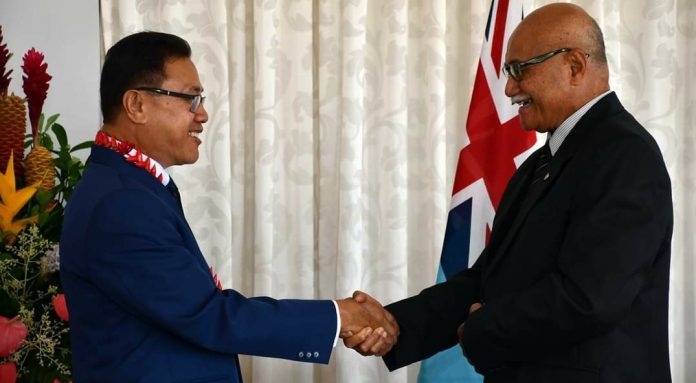 President of the Republic of Fiji His Excellency Major General (retired) Jioji Konusi Konrote has accepted the diplomatic credentials of Aliioaiga Feturi Elisaia, officially accrediting him the first resident High Commissioner of the Independent State of Samoa to the Republic of Fiji.

The formal ceremony was held Friday, 5 March 2021 at the State House in Suva. 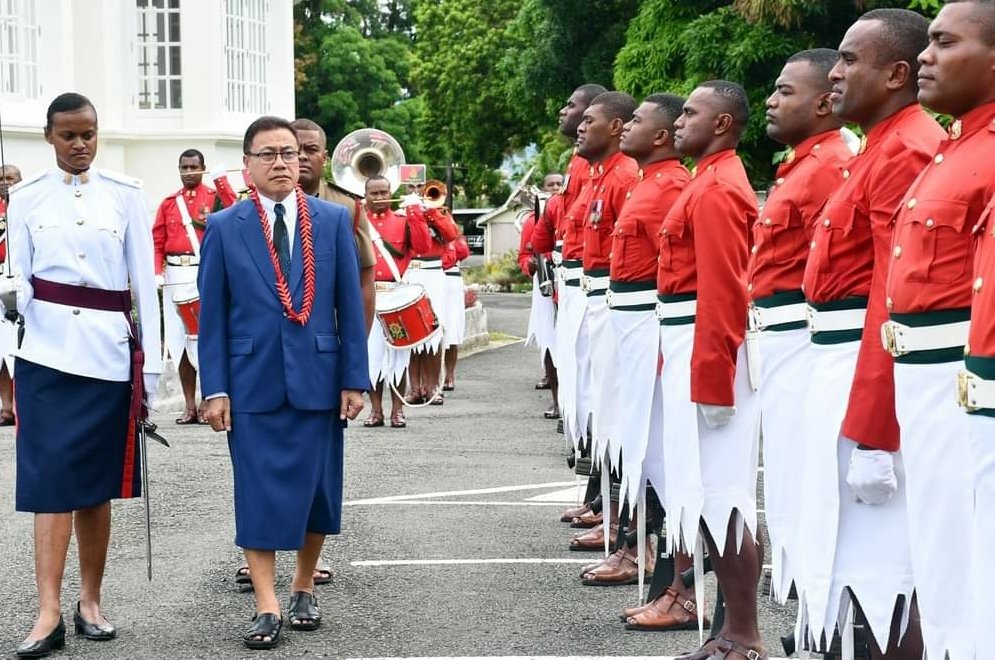 H.E Elisaia presented his credentials to President Konrote after inspecting a 20-member guard of honour by the Republic of the Fiji Military Forces (RFMF).

During the ceremony, High Commissioner Elisaia conveyed the warm greetings and best wishes of Samoa’s Head of State to the President for his “good health and wellbeing and for the peace, posterity and happiness of the people of Fiji”.

Aliioaiga says Samoa’s decision to have a diplomatic presence in Fiji has elevated the bilateral relations between the 2 countries to new heights and will facilitate greater levels of diplomatic engagement.  “Today’s ceremony ushers in a new dawn in the enduring and multifaceted Samoa-Fiji relations which is anchored in mutual trust and respect, genuine friendship and people to people ties bonded by a shared history and cultural, social and economic relationship” 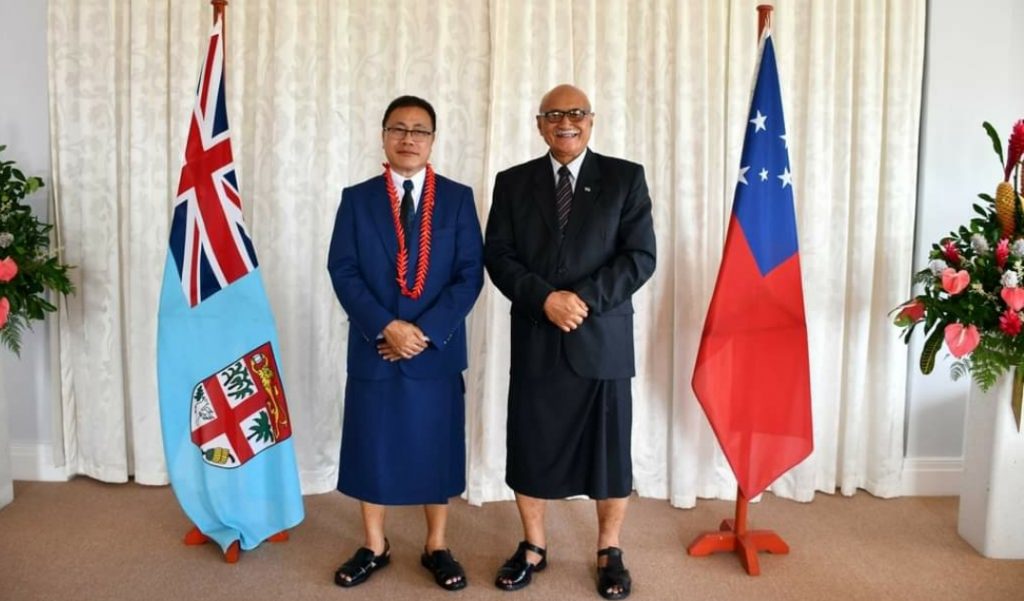 The appointment of a resident envoy demonstrates Samoa’s renewed commitment to strengthen and sustain its close and cooperative relationship with Fiji and the need for both countries to work together to “unlock development opportunities for expanded collaboration to further their shared goals and aspirations, and to build ever-closer ties,” – the same underlying message highlighted in the discussions between Prime Ministers Frank Banimarama and Tuilaepa Sailele Malielegaoi during their official meeting in Suva in August 2018.

The strong and explicit backing of the “shared-vision” by both Prime Ministers is a welcome and necessary incentive, including, according to Elisaia, “the setting up of the Samoa High Commission in Suva which bodes well for the joined implementation of our Leaders vision”

High Commissioner Elisaia in his closing remarks said he was “deeply honoured and privileged to represent the Government and people of Samoa in Fiji during these complex, challenging and unparalleled times” and will do all he can during his assignment “to work closely with the Fiji Government to build a resilient more forward-looking partnership as the platform to advance and sustain our common agenda and deepen the already strong relations between our two countries”

President Konrote congratulated High Commissioner Elisaia on his appointment and wished him a “happy and successful mission”. He reciprocated the greetings of Samoa’s Head of State and requested Elisaia to convey to the “Head of State, the Government and people of the Independent State of Samoa warmest wishes for their continued well-being peace and prosperity. The President assured Elisaia of the support of the Fiji Government and expressed his hope that the existing relations between the two countries will be further enhanced during Elisaia’s tenure

Aliioaiga Feturi Elisaia is a senior career officer with Samoa’s Ministry of Foreign Affairs and Trade.  Most recently he was Samoa’s Permanent Representative to the United Nations, New York and concurrently Ambassador to the United States of America and High Commissioner to Canada for over sixteen years from 2003-2020..

His extensive tertiary qualifications include a Postgraduate Certificate in Diplomacy from Oxford University, UK (1978/79) and a Bachelor of Arts (BA) degree in Political Science from the University of the South Pacific in 1976.