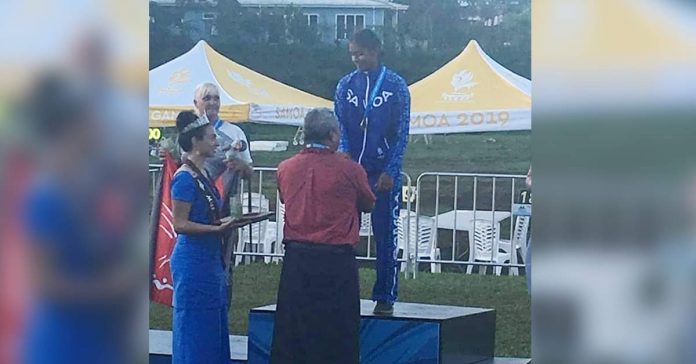 09 July 2019, Apia Samoa.  It is a double celebration for Jil Walter who becomes the first gold medalist for Samoa at the XVI Pacific Games, on her 18th birthday.

Born 9th July 2001 this is an 18th birthday to always be remembered by the young shooter.

Jil receives her gold medal as the top woman shooter in the compound division, and as winner of the 70 metre recurve category.

Jil Walter had also won a sliver medal alongside her father Muaausa Joseph Walter at the Pacific Games in Vanuatu in 2017.