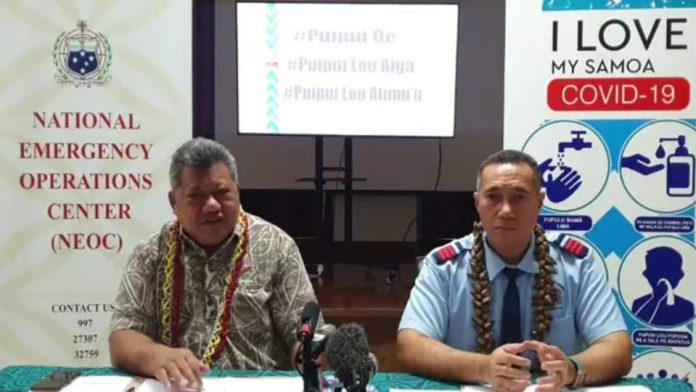 Samoa’s only recorded case of Covid-19, the 16 year old boy who returned home with his mother on the 12th January 2021 repatriation flight from Los Angeles has been allowed to re-enter the community, and move freely from being isolated in his home.

The National Emergency Operation Centre Samoa has confirmed that Samoa is once again covid-free with the 16 year old who came from the United States with the virus, now returning consistent negative tests.

Samoa’s Director General of Health Leausa Dr Take Naseri said prior to being tested negative, the boy has endured an isolation period of over 4 weeks.

“He shows no symptoms of the virus, and never showed any symptoms during the whole time he was isolated,” said Dr Naseri.

The Director General said that they have received complaints from people asking why the 16 year old is allowed to move freely about the community, including the golf course where he had been seen.

“The public can be assured that the young man no longer poses a threat nd the Health were explaining to them the boys situation right now.

Leausa also confirmed that passengers from a repatriation flight from Auckland via Fiji that brought home citizens who had sought medical assistance abroad, were all released this week, all covid-19 free with consistent negative tests throughout the time they were isolated.