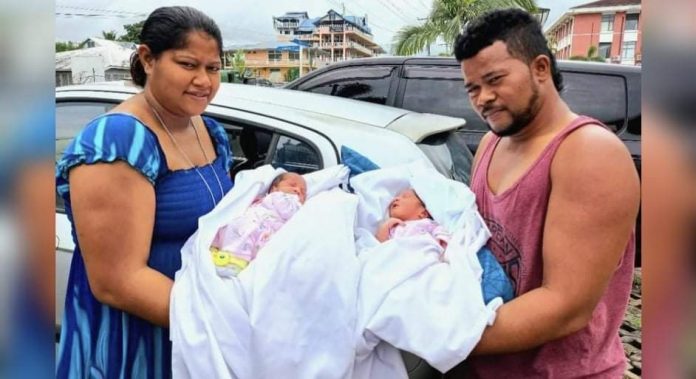 Samoa has been blessed with four sets of twins, all born at Motootua National hospital within the first six days of the year. 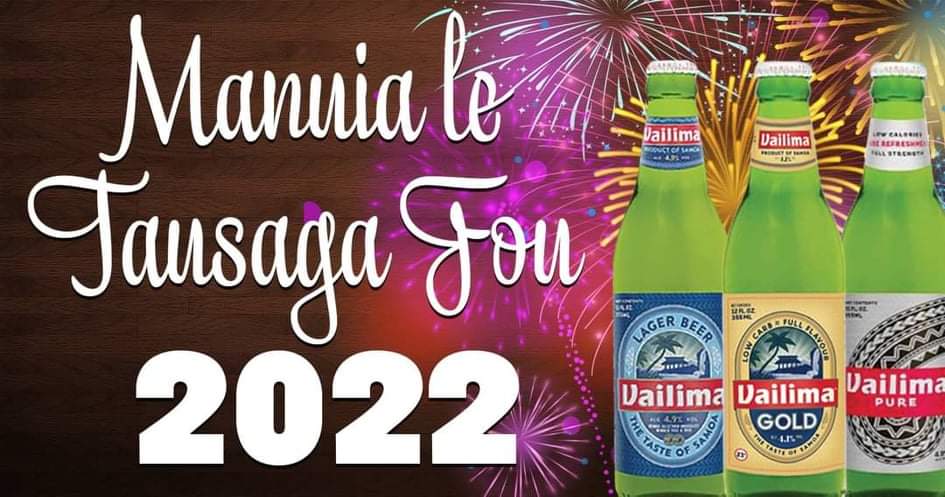 The nation’s first set of twins for 2022 were born just under seven minutes apart, after 1am on Sunday 2nd January, to Jacinta and Pauleono Tanuvasa Lamositele.

“They are both doing really well,” say the proud parents.

Samoa Global News caught up the New Year twins when they were brought in for a check up at the national hospital.

Sharing the experience of his twin girls’ birth, Pauleono said it was difficult to watch his wife go through the birth of their daughters.

“Childbirth for one baby is a difficult ordeal, but to watch Jacinta go through the second birth when I knew she was feeling exhausted.. it was hard because I felt so helpless,” said Pauleono. “When I saw her tears from the pain, I began to also feel weak.. I just touched her brow and forehead trying to comfort her,” shares Pauleono.

Pauleono, 30, is from Falealupo while his wife Jacinta is from Poutasi Falealili. They have a three year old boy and now they praise God that they’ve been blessed with two sisters for their boy.

The couple live with Pauleono’s parents, and he shares that no-one in the family is in formal employment, and that their main source of income is a stall (poloka) at the Fugalei Market in Apia.

“We have a stall at the market, and I commute to Savaii for supplies, but I am going to have to help my wife out more now, with the twins”.

The twin girls were delivered by Registered Nurse and Senior Registered Midwife of Samoa’s maternity ward, Tiara Tuulua, who says Jacinta was a star patient who did everything asked of her, and there were no complications.

“The first baby was delivered at 0144 hours, and the second baby at 0151 hours,” says RM Tuulua. “It was a very easy delivery because the mother was very cooperative”.

“The first baby was in cephalic presentation and the second was buttocks presentation”. RM Tuulua explains that cephalic is the head presenting, and there is no difference in delivering babies that present by head or buttocks. “Unless it is a big baby or a breech with a foot presenting”.

RM Tiara Tuulua confirms that there have been three more sets of twins delivered at Motootua hospirtal since the 2nd of January, with the fourth set of twins born just after 7pm last night, Thursday 6th January 2022.