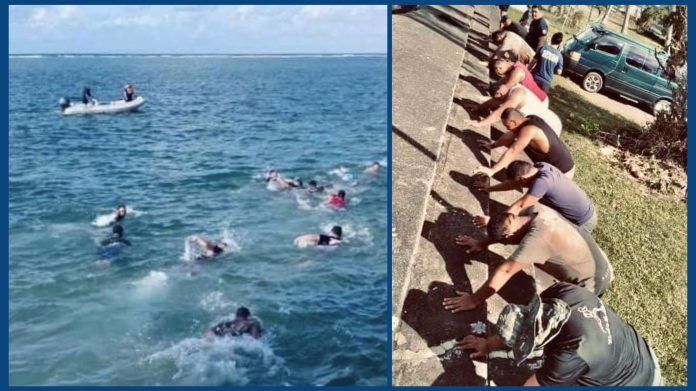 The Samoa Fire and Emergency Services Authority (FESA) held a refresher training at Mulinuu peninsula on Saturday morning for its Elite Rescue Team and other members of the first responders unit.

FESA and Samoa Police had to respond to several tragic incidents and drownings at sea in the past year, and already in 2022 we’ve seen the loss of two young lives at the Samalaeulu incident,” said Tanuvasa.

The FESA Commissioner says these regularly conducted trainings and live drills maintains rescuers’ skill level and preparedness, while at the same time allows them to assess the elite squad members that can stand the physicality and intensity of the conditions.

“Sea rescue requires long hours of search, often into the night, and it’s important to keep the team at highest level of preparedness at all times,” said Tanuvasa.

“So these trainings help us to not only improve rescuer performance, but also identify the best team composition,” added the Commissioner.