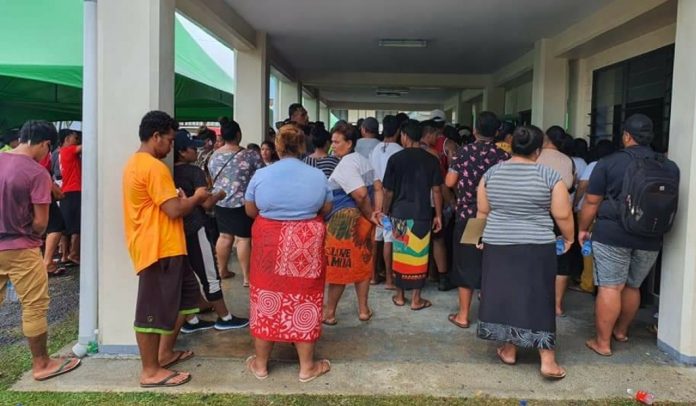 The Office of the Electoral Commission has confirmed the final roll for Samoa’s General
Elections on the 9th of April 2021.

Faimalomatumua Matthew Lemisio confirmed the final roll to be 128,848.

“That is the official number following the removal of 3673 which was
the total number of deceased voters”.

With the rolls finalised, the Electoral Commissioner says the OEC continues its work towards the General Election, to ensure the remaining steps required to for April, are carried out effectively and completed within prescribed timeframes.

Such preparations include a training of volunteers to serve under the OEC during the Elections.

“Final number of volunteers is still yet to be finalized depending on availability of people. In the meantime, our Office have trained more than a 1000 volunteers,” he said.

The 1000 plus volunteers are mostly government employees with the help of a few other individuals who have had valuable experience in ballot day
practices.

Meanwhile, a three day pre-polling window has been set by the office of the Electoral Commission prior to the official Election Day on the 9th of April
this year.

Election Officials to work for the OEC during Election Day are also eligible to vote during the pre-polling stages.

The first three days of pre-polling would be a cushion for early voters and would provide a window for election officials to vote prior to the official
voting day.