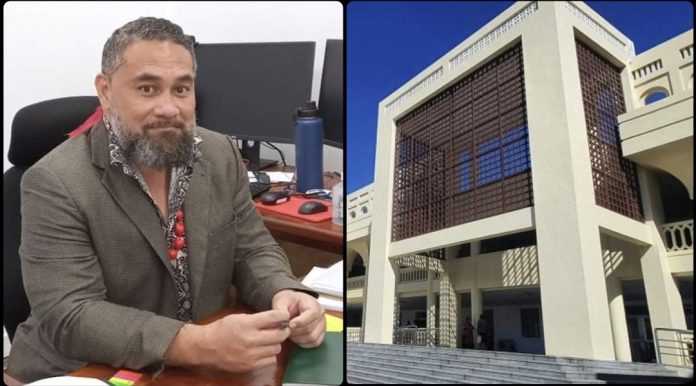 The Deputy President of LTC is a position equivalent to that of a District Court judge, set out under the amended LTC Act 2020 and Constitutional Amendment Act 2020. The new position is designed to deputise the President’s heightened responsibilities as established by the three controversial Bills passed in December 2020.

The “Komisi o le Faamasinoga o Fanua ma Suafa” or the equivalent of a Judicial Service Commission (JSC) for the Lands & Titles Court is a committee under the 2020 Constitution Amendment 104E, that states there shall be a Komisi comprising the LTC President as Chairperson, a Supreme Court Judge nominated by the CJ, and the Chairperson of the Public Service Commission (PSC). The Registrar of the Courts is also a non-voting member to serve as the Komisi’s secretary.

Accordingly, the Head of State is expected to issue a Warrant of Appointment for Faimalomatumua following the advice of the Komisi, and a swearing in is expected before Christmas.

The Komisi Secretary and CEO of MJCA, Moliei Vaai, confirms the position is equivalent to that of a District Court judge, which is on an invitational basis, and not by advertised recruitment processes. Two potential candidates were invited and interviewed – the second candidate being Samoa’s former Minister of Justice, Faaolesa Katopau Ainuu.

“The Deputy President with similar qualifications as the President as a qualified lawyer, can now share the responsibility and workload of the President”.

Faimalomatumua Mathew Lemisio has led two General Elections for Samoa since joining OEC in 2013. His appointment to Deputy President of the LTC is clouded by the controversy in his decision to apply Article 44 of the Constitution, and appoint two women to Parliament under special measures, before it is clear whether petitions would be filed in relation to the by-elections.

Woman candidate Lolomatauama Eseta Faalata has spoken out to say the appointments are premature, as there may be further by-elections following court petitions. She confirms that she intends to file a petition against the winner of the Aana Alofi 2 constituency. Lolomatauama of FAST was 19 votes behind HRPP’s Aiono Tile Gafa.