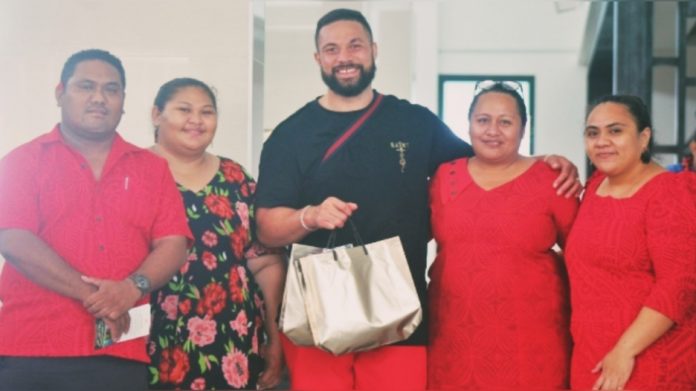 “E lele le toloa ae ma’au i le vai” is a Samoan proverb meaning it doesn’t matter where Samoans reside in this world, they will always return to their country of heritage.

That is the spirit of love and support for Samoa that always has former WBO Heavyweight Champion of the World, Lupesoliai La’auliolemalietoa Joseph Parker, return regularly to Apia.

Parker was in Samoa for a short visit and vacation with his family and returned to New Zealand in the weekend.

But not before a visit with the Diaspora Relations Unit under the Ministry of the Prime Minister and Cabinet.

The Diaspora Relations Unit was established in 2019 as an initiative of former Prime Minister Tuilaepa Sailele Malielegaoi, “to foster and strengthen close connections with the Samoa Diaspora, recognising their invaluable contributions to various professions and for being great ambassadors to Samoa”.

Members of the Unit greeted Lupesoliai who acknowledged his appreciation for Samoa’s love and support which he says has been felt from the outset of his career as a professional boxer, to where he is today.

Although his recent bout with Joe Joyce did not turn out the way he and the whole of Samoa had expected, Lupesoliai gave his assurance that he will continue to give it his all for Samoa.

Lupesoliai relayed his regards to the Honourable Prime Minister Fiame Naomi Mataafa and the people of Samoa and says he hopes the upcoming fight in December would have a more favourable outcome for his country.