The number of daily positive cases recorded by the Ministry of Health has dropped significantly to 155 compared to 220 in the previous 24 hour period. The additional 155 detected cases takes the total active community cases for Samoa to “622 with 606 cases confirmed in Upolu and 16 active cases in Savaii”.

“The public is respectfully advised that as of today, 23 March 2022, Samoa’s Ministry of Health confirmed 155 new community cases recorded in the last 24hrs”.

The number of Rapid Antigen Tests conducted also dropped significantly from 3,313 the day before, to just 940 in the past 24 hours. The drop could mean the public is heeding to the Ministry of Health’s advice reiterated by Prime Minster Hon Fiame Naomi Mataafa during her last press conference; to test only if one is symptomatic, or you’ve been identified as a close contact.

The fewer RATS tests administered has led to a significant increase in the ratio of positive cases to tests.

The Ministry reports that 940 Rapid Antigen Tests (RATs) were administered in the last 24 hour period – 827 Upolu and 113 in Savaii. These are from the 17 designated screening sites and health facilities.

That takes the percentage of positive cases to 16.5% (155/940*100) compared to yesterday’s percentage of 6.6% (220/3313*100). Again, the significant drop in the number of cases could mean those panicking have stopped coming in for tests despite having no symptoms.

There are no cases at the Intensive Care Unit of Motootua National Hospital. Savaii records just three more cases from 13 to 16. The islands of Manono and Apolima remain covid-19 free.

According to the Ministry release, the age groups between 15 and 35 recorded the highest percentage of positive cases, however, a summary of cases by age is not provided.

There has been no information since the outbreak of any identified clusters of cases – with the summary only referring to the four islands. It is also still unclear how Samoa’s first detected case contracted the virus, creating uncertainty in just how long covid has been in the community for Samoa.

The last analysis published by the Ministry of Health showed all age groups had been affected including babies and toddlers between 0-5 years, and the elderly over 70 years.

Private doctors in Samoa have been conducting drive-through testings for covid-19 in the past week, and they have been contacted for an update of their numbers and findings. It is unclear if the private doctors’ numbers have been included in the national count issued by the Ministry.

From SGNs Public Notice Board 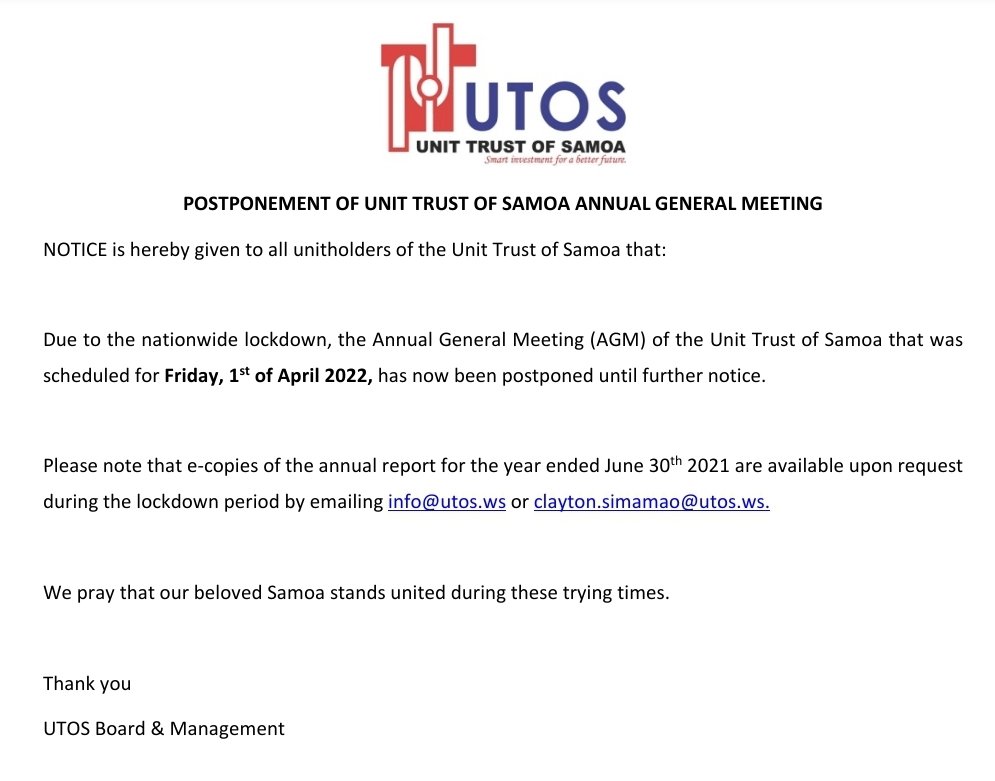