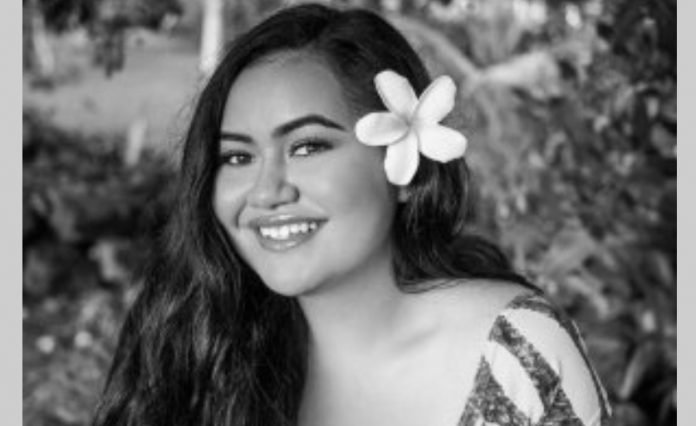 Daughter of Samoa and environmental activist Brianna Fruean has made the University of Canterbury’s final 10 for “2021 Young New Zealander of the Year Award – Te Mātātahi o te Tau”.

The award “recognises a young person brimming with the potential to build a bright future for Aotearoa, striving across the last year to improve or support their whole community and Tai Ao”.

Brianna Fruean has been campaigning for climate justice since she was a young girl growing up in Samoa.

Learning about the impacts of climate change on Samoa and other low lying Pacific Island nations ignited her passion to advocate for change and she has never looked back.

At 11, she became a founding member of the Samoan chapter of the global climate organisation 350.org.

At 14, she attended the United Nations Conference on Sustainable Development as a youth ambassador and at 16 she won the prestigious Commonwealth Youth Award for her environmental activism.

Brianna was the first youth ambassador for the Pacific Regional Environmental Programme and in 2017 she gave a keynote address at COP23 (the United Nations Climate Change conference) in Germany. In 2019, after helping organise Auckland’s School Strike 4 Climate Change, she attended COP25 in Spain where she spoke alongside former United States Secretary of State, John Kerry.

When she attends environmental summits, Brianna speaks about youth perspectives and concerns about the impacts of climate change.

Brianna, now 22, studies Politics and International Relations at the University of Auckland and sits on the Council of Elders for the Pacific Climate Warriors.

Brianna Fruean was born at National Women’s Hospital in Auckland as the second and youngest daughter of Pauline Gabriel-Fruean and the late Raymond Fruean. Brianna lost her Dad in 2013 when she and her older sister, Cherelle were only 15 and 18.

Brianna’s Mom, Pauline Gabriel Fruean; speaking to Samoa Global News from Incheon,  Korea where she is currently based with the Green Climate Fund, says her little girl had called to tell her the news last night.

“It was an emotional phone call, especially being so far away from my daughters at this time..

“As a Mom, I am forever proud of BB.. and to be considered amongst other great New Zealanders.. we are humbled by the recognition”.

Brianna grew up in Samoa and only moved to New Zealand a few years ago to take up University studies.

“Brianna has grown up advocating for Samoa and Small Island States. That’s where her heart is. To be nominated as Young New Zealander of the Year.. it truly is an honor”, adds her proud Mom.