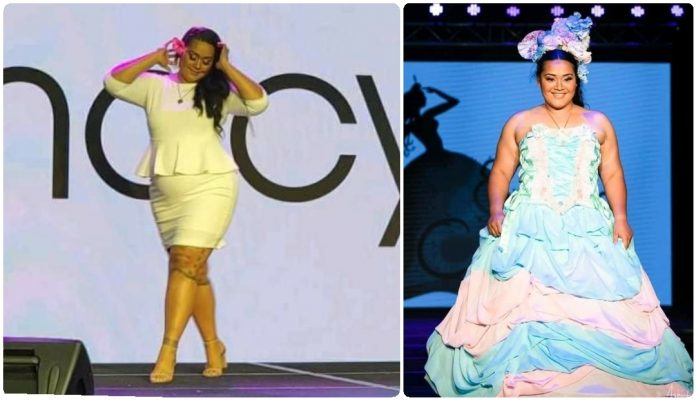 Keresesia said a friend of hers had sent a text message with a link that showed one of America’s premier retailers of women’s fashion, Macy’s, was casting model auditions for the North American Fashion Show.

“But when I looked up the website, I noticed the auditions had closed; so l wrote to them and asked if there was still a way I could audition since she’d only received the information on that day”. 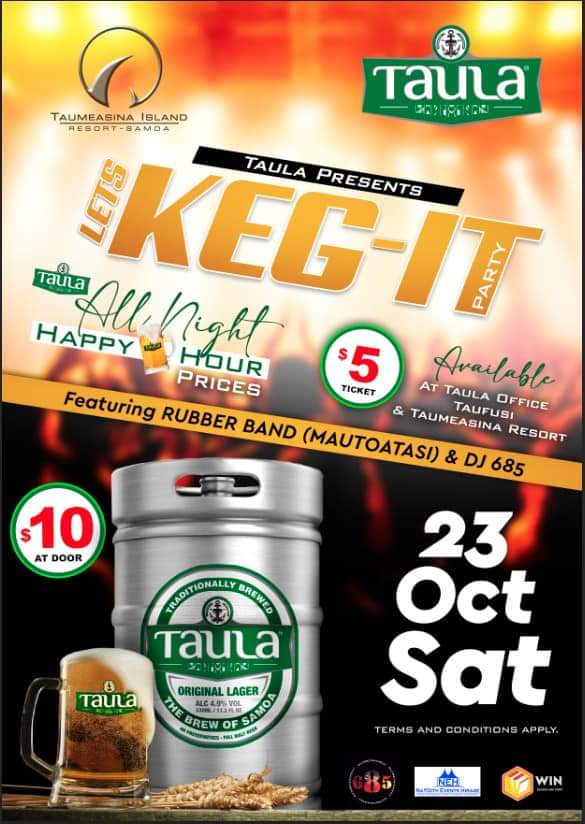 Ms Kaisa says an email came two weeks later requesting a picture, her measurements, and a one-minute video audition, which she then provided.

“A few days later, I received another email congratulating me; I had been selected to model for the NAFS”, says Keresesia. 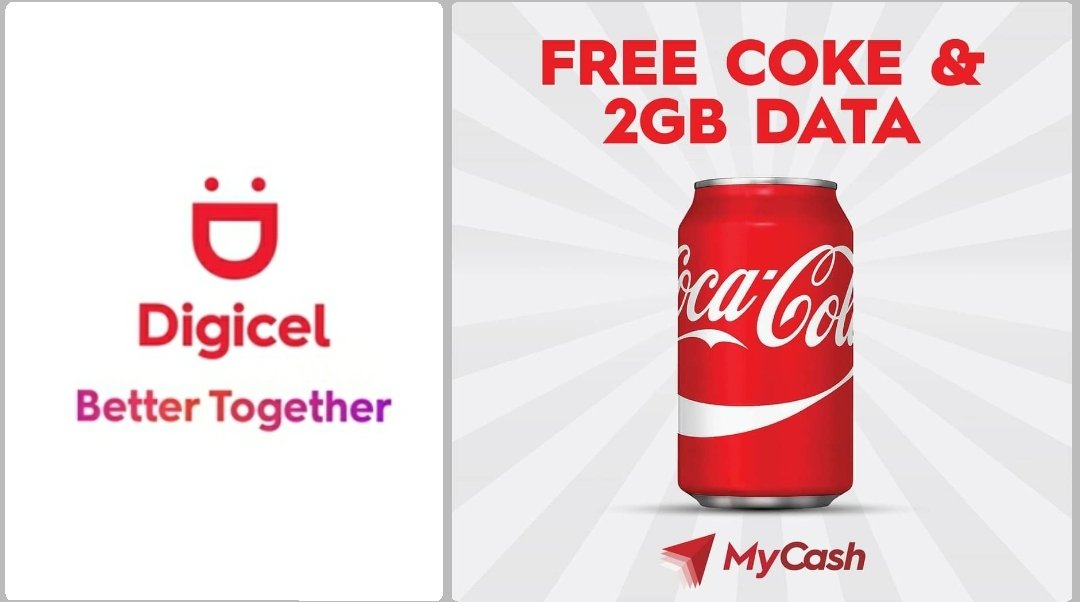 “At first, I was excited, but then I was nervous because I had never seen anyone represent Macy’s on the catwalk with a malu before”.

The malu is a tattoo of cultural significance for women, that covers the legs from just below the knee to the upper thighs just below the buttocks. It is typically finer and delicate in design compared to the tatau or pe’a the equivalent tattoo for males.

Keresesia was born in Apia, and raised in American Samoa. She left for the United States in 2014 with her husband, Titi Kaisa Jr of Aoloau.

Keresesia got her Malu in August 2016, and said she wasn’t sure how the company would react to having someone of her height, size, and then with tattoos on her legs, representing them. 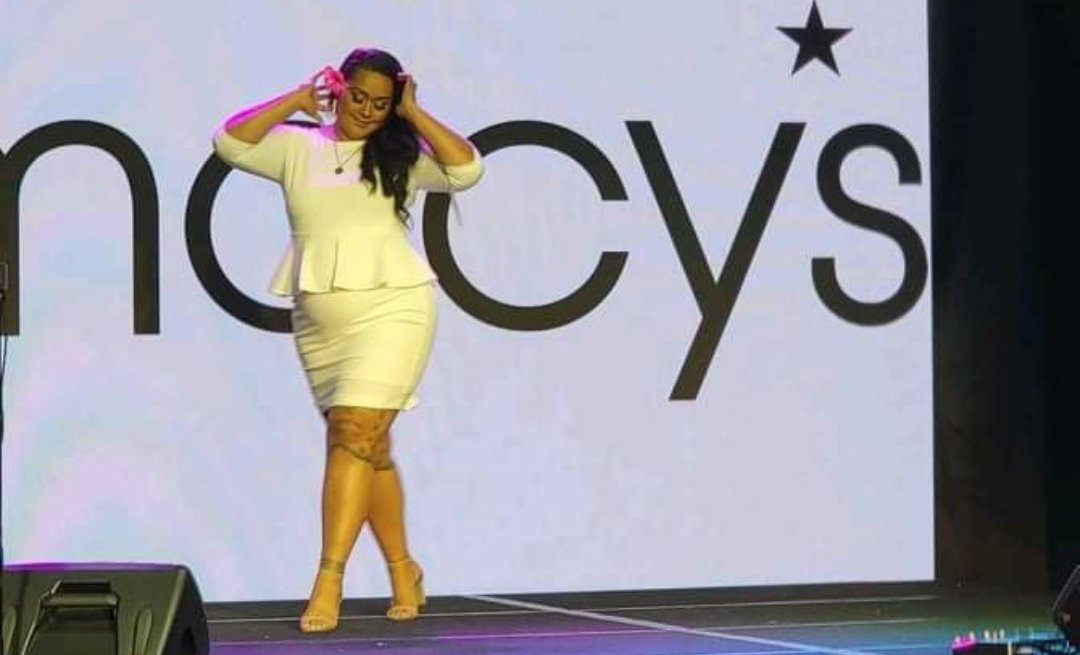 Yet, her assigned stylist from Macy’s Inc embraced all of her flaws and placed her on the stage.

“When it comes to modeling and models, most people think about petite-sized men and women; flawless and perfect in every way and angle they turn and twirl to..

Mrs Kaisa said the journey to model for NAFS was, “both humorous and a humbling experience” for her. 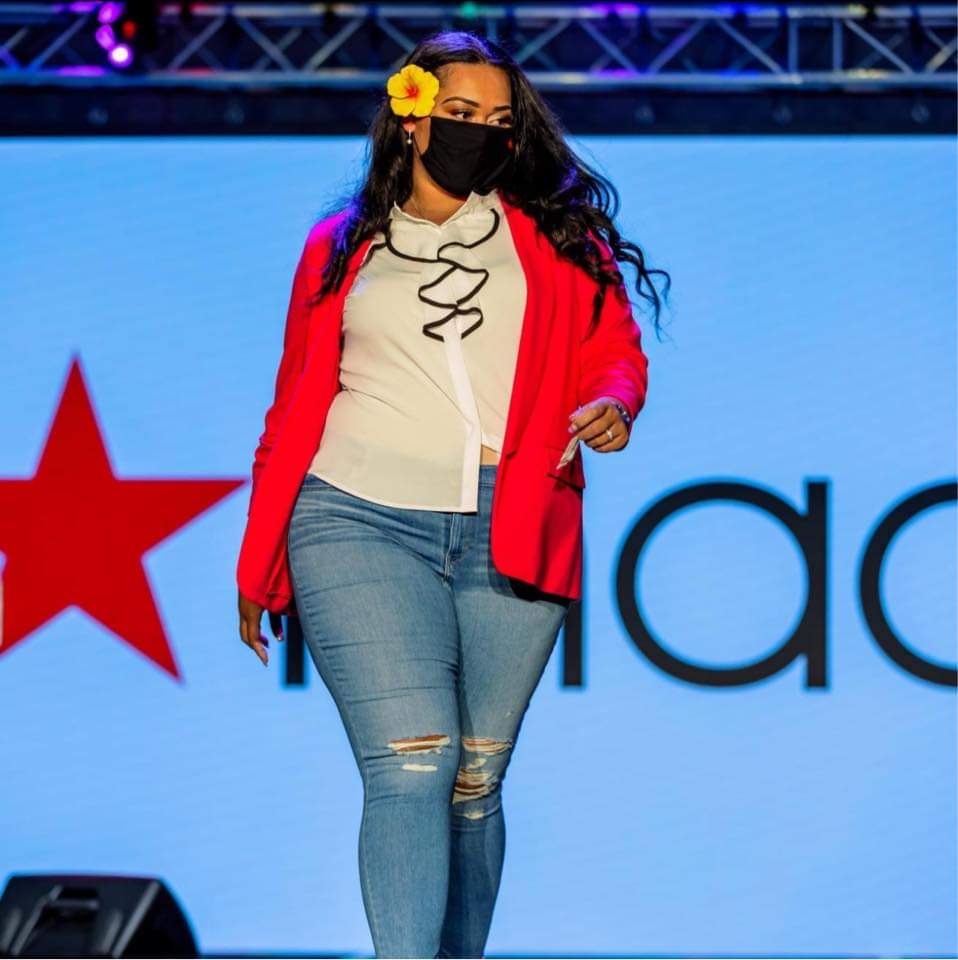 The North America Fashion Show (NAFS) is dedicated to humanitarian projects and this year it supported the not-for-profit AmPowering to help build  a mobile shelter for the homeless in Seattle.

The North American Fashion Week (NAFW) embraces and celebrates the diversity of multiculturalism within the state by integrating fashion across borders.

​”As a nonprofit we strongly believe in promoting diversity, inclusion, equity, sustainability and will be giving special consideration to brands with a strong social impact”, states NAFW in promoting the event.

Mrs Kaisa says she auditioned for two reasons. She wanted to encourage young girls and boys who feel scared and think they are not good enough to become models.

Keresesi shares that she was heavily bullied as a child for her height and appearance. She did not come from a wealthy family and she was always taller than most children her age. She grew up never believing she was beautiful enough or physically fit enough to be selected as a model.

“I pray that I have made them proud, and also hope that I have been able to represent Samoa well through this opportunity”.

To the youth of Samoa and American Samoa she says, “You can grow up poor, or been a victim of bullying, have tattoos, be brown.., and still be a model”, Keresesia encourages.