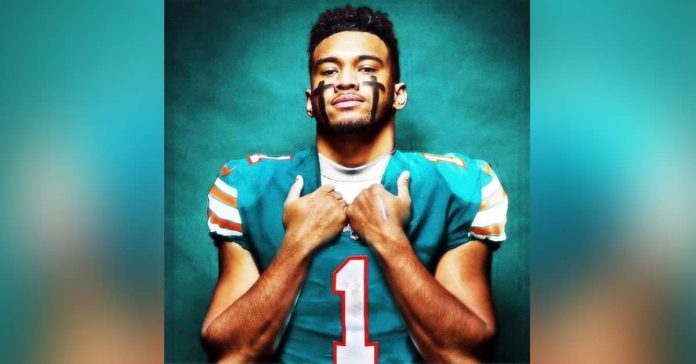 Tua Tagovailoa picked fifth overall by Miami Dolphins in the 2020 NFL Draft has signed a 4-year contract worth over ST$80 million tala (USD$30.28m).

Tagovailoa can now concentrate all his efforts on trying to become the starting quarterback for Miami Dolphins after finalising his rookie contract earlier today.

Ian Rapoport of the NFL Network confirmed the quarterback of Samoan decent has signed a US$30.28 million contract that includes a US$19.6 million signing bonus and a fifth year option. 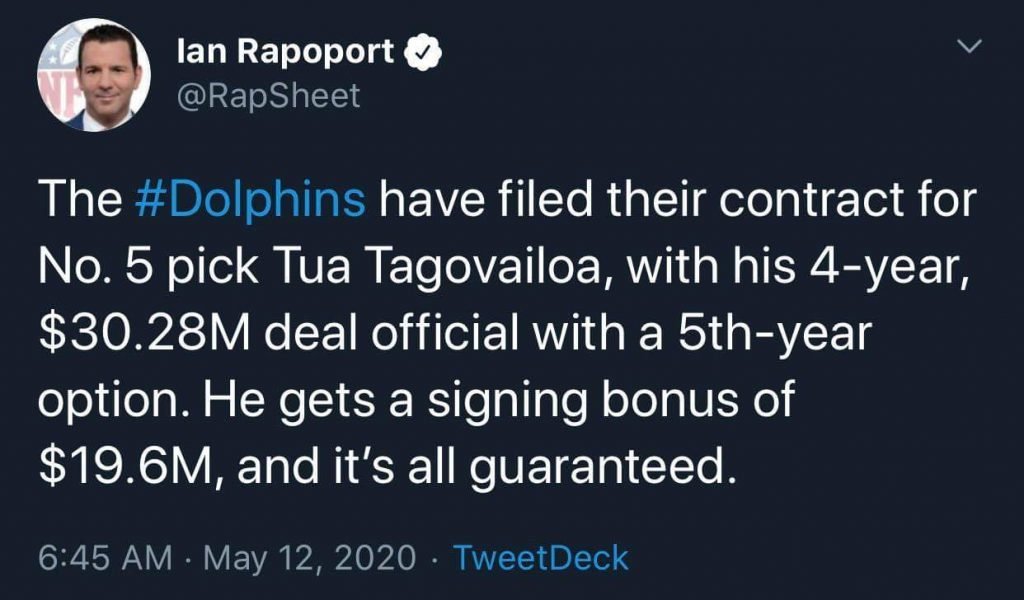 Son of Diane and Galu Tagovailoa, the All American became the third Samoan quarterback to be drafted in the top five behind Marcus Mariota who was Pick#2 in 2015 and Jack Thompson who was Pick#3 back in 1978.

The 22 year-old quarter-back of Samoan descent was born and bred in ‘Ewa Beach, Hawaii before moving with his family to Alabaster, Alabama.

Tagovailoa announced on an Instagram post that his first big purchase was to surprise his mom with a Cadillac Escalade for Mother’s Day. 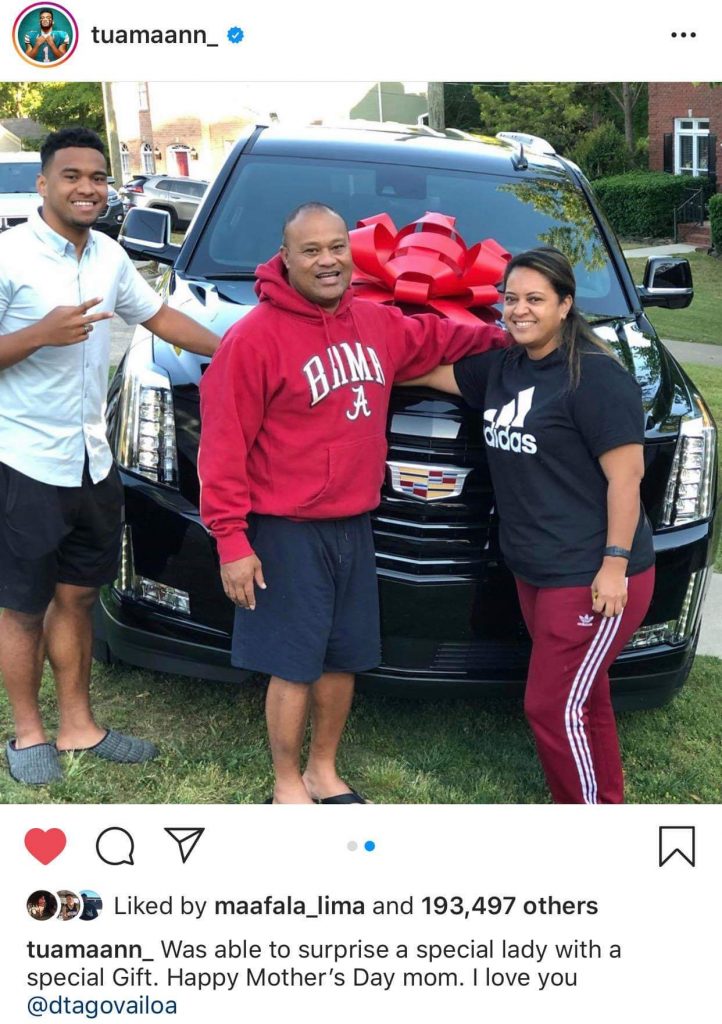 Tagovailoa played quarter-back for Alabama University for three seasons before being drafted to the Miami Dolphins.

In an interview with SB Nation in 2016, Tagovailoa stated that his committment to Alabama University was greatly influenced by his Christian beliefs.

A few days before the NFL Draft Tagovailoa told the media in a live interview with the National Football League that humility and competitiveness were his key attributes as a footballer.

“The NFL is getting someone who is very competitive, someone who just goes out there and does what he has to do to help his team become successful, but someone who also carries himself with humility and class,” he says.