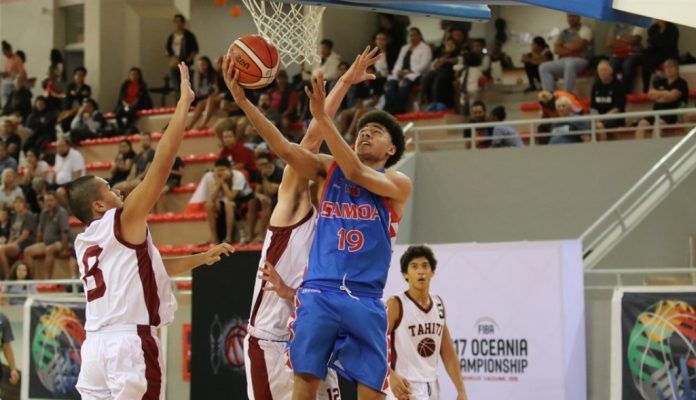 27 August 2019, New Caledonia.  Samoa’s Under 17 Men’s Basketball Team edged out Tahiti at the FIBA Oceania Championships to win the bronze medal in New Caledonia, and rising star Egon Keil makes the tournament’s All Star Five amongst 3 Australians and a Kiwi.

Samoa Big Man Egon Keil has been dubbed by FIBA Oceania as the culprit of that emphatic third-place finish that saw Samoa beat the Tahitians 87-59 and take out the bronze medal.

The future of the Oceania region went on full display at the eight-team regional tournament and Keil has put Samoa on the pedestal by making the All Star team.

“In the end, five teens rose to the occasion to keep their light shining among their colleagues in the thrilling eight-team Oceania tilt for U17.

Samoa’s Egon Keil was the only player to average a double-double in the tournament with a tally of 11.7 points and 11.7 rebounds in the U17 Oceania Games.

The All Star is the son of Konrad Keil and Samoan fashion designer Cecilia Keil.

Cecilia Keil says they are humbled for their son Egon to be named as one of the All Stars and says it was a proud moment for them seeing the young Samoan basketballers step up to the podium to receive their medals.

“First and foremost we give thanks to the Lord for his guidance, protection and blessings for Team Samoa’s whole FIBA U17 campaign.”

“I wish to offer a very big congratulations, faafetai and faamalo to the 2019 FIBA Oceania U17 Campaign for the success achieved.

As a parent, the Internationally acclaimed fashion designer paid tribute to Samoa’s U17 Team Management.

“A special thank you to Team Manager Miu Tuala, Head coach Woolie Leauanae, and assistant coach Fono McCarthy for taking good care of the boys and for devoting their time and efforts to Samoa Basketball,”

“As we all know there is little or no financial support at all. Faafetai, faafetai, faaafetai tele lava.”

“To all the parents, a big fa’amalo to you all as well for supporting your children as we also know its quite draining physically, mentally and especially financially”.

Mrs Keil says she hopes to see follow on success in the future for Samoa Basketball with help and support from the Goverenment to harness the talents that Samoan players have to offer.

Here are the 2019 FIBA U17 Oceania All-Star Five for the Men’s Division: 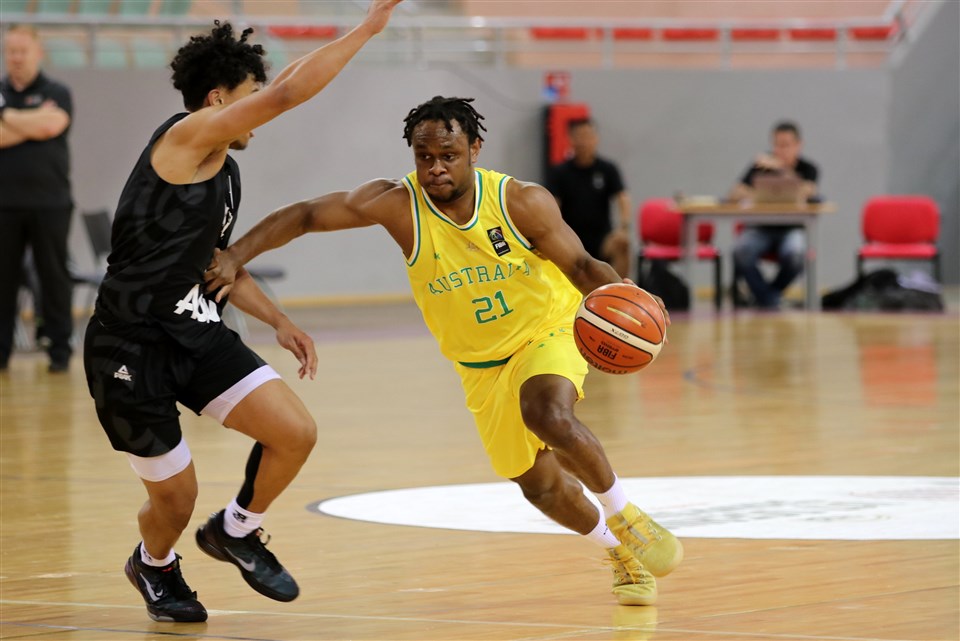 The 17-year old wunderkind Wigness continued his ascent to the basketball pedestal not only of the Oceania region but also of the whole world.

Through Australia’s five-game sweep of the tournament, the 5’11 playmaker logged in averages of 11.0 points, 4.2 rebounds, and 2.4 assists. 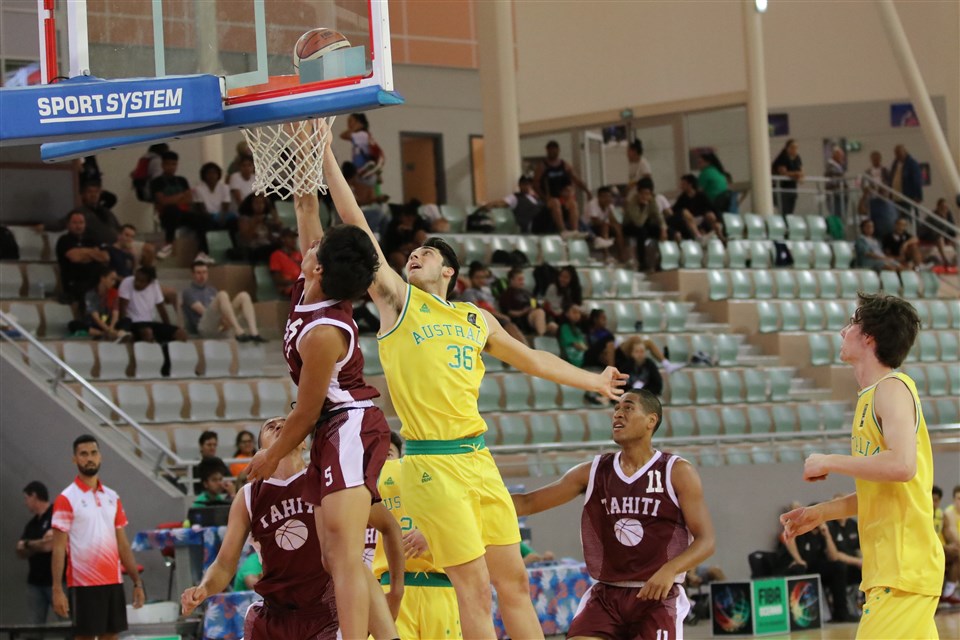 If Wigness set the pace in Australia’s championship sweep from the perimeter, it was the 6’8 Tsapatolis who was one of the bigs that kept it running until the end.

The 17-year old forward did more than enough to serve as a lethal interior presence scorer for Australia, tallying 12.0 points and 6.2 rebounds on top of 1.2 assists. 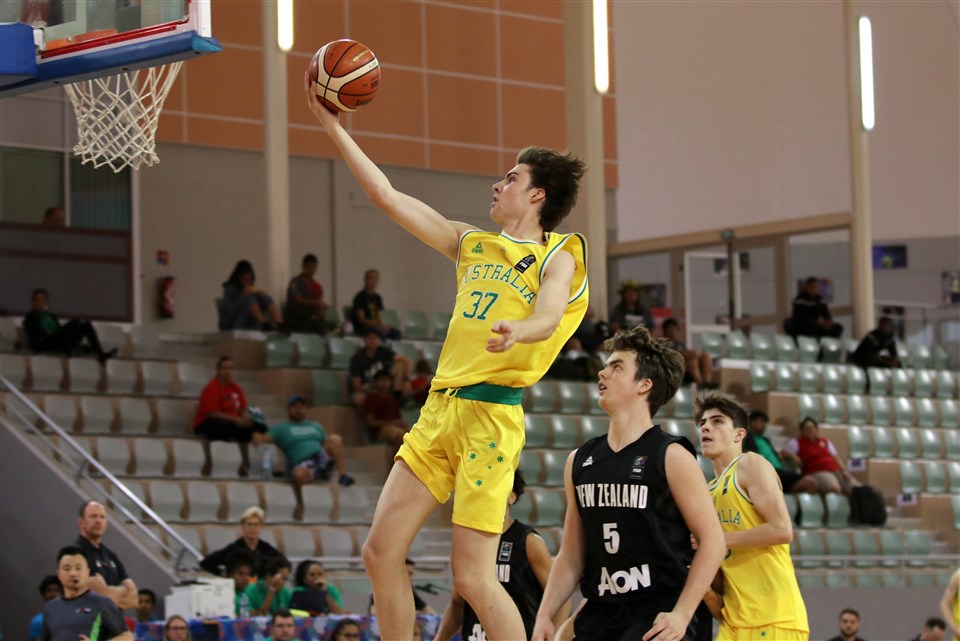 Basing on Australia’s dominating run, one should be enough in name of Wigness, two in name of Tsapatolis made them dangerous but three, however, catapulted them to be unstoppable.

That last man of the triumvirate was Giddey who saved his best for last, coming through with an all-around effort of 25 points, 8 rebounds, 6 assists and 5 steals to two Australia into a Gold Medal win over familiar rival New Zealand, 85-56.

The 6’7, 16-year old promising forward Giddey racked up 16.4 points, 7.4 rebounds, and 5.0 assists, ushering himself as one of the young bright stars of Australian basketball. New Zealand fell short of its Gold Medal aspiration against ever tormentor Australia.

But still, that would not take away any of Robbie Coman’s great showing in this Oceania joust among 17-and-under cagers. 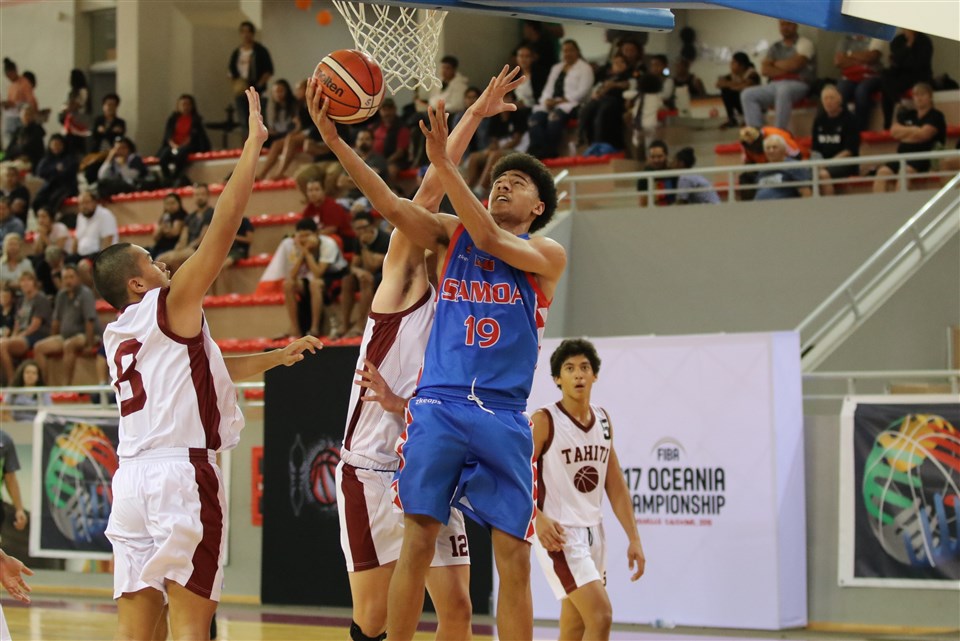 As expected, powerhouses Australia and New Zealand were the protagonists of the 2019 FIBA U17 Oceania Championship.

But Samoa certainly etched its mark, becoming the tournament’s revelation after its 87-59 win over Tahiti to secure the bronze medal.

Samoa big man Egon Keil was the culprit of that emphatic third-place finish as he became the only player to average a double-double in the tournament with a tally of 11.7 points and 11.7 rebounds in U17 Oceania Games.