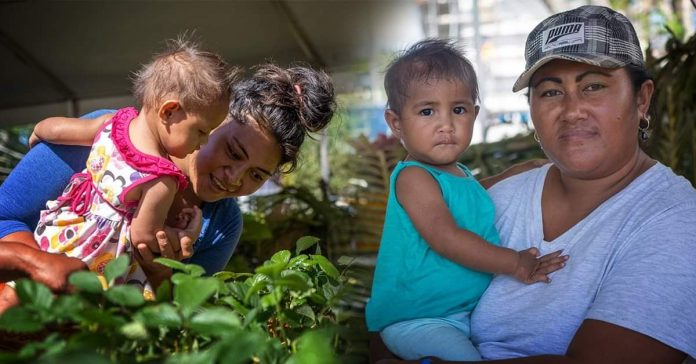 Two of Samoa’s female farmers were not going to let anything stop them from showing off their produce at the annual Agriculture and Fisheries Show in Apia.

Noreen and Tuuamalii couldn’t find babysitters for their months old babies, so they brought them along.

While the babies Precious and Juliana had lots of cuddles from visitors, their mothers sold their homegrown strawberries and flowers.

Tuuamalii and Noreen both from the same extended family, were two of 50 farmers who had set up stalls at Malaefatu Park to proudly show off the wide range of produce grown in Samoa. 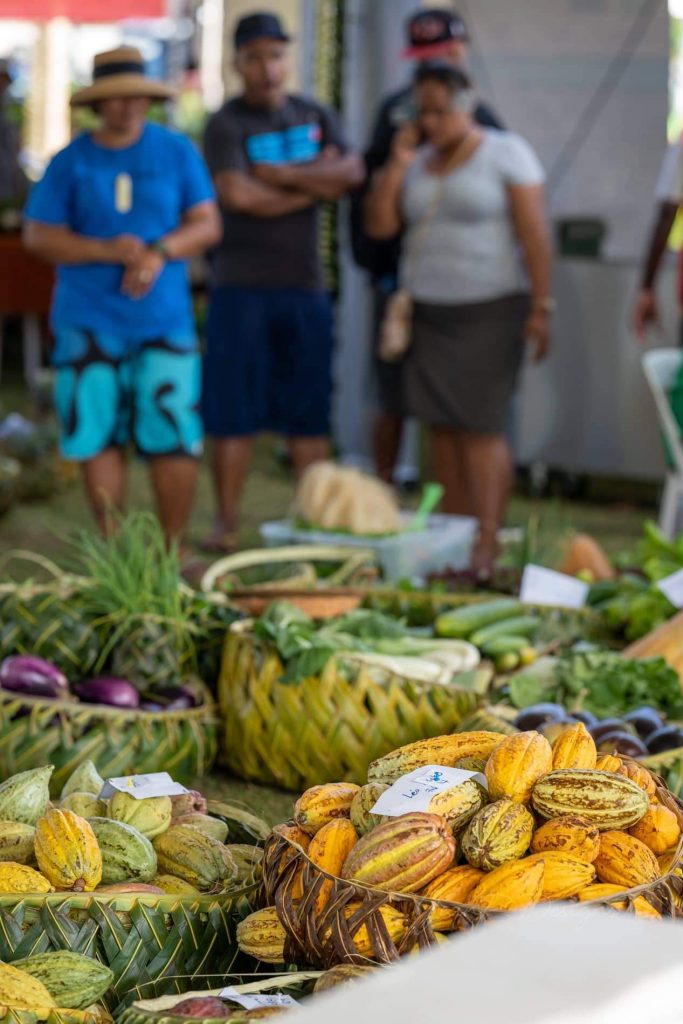 “We grow flowers and strawberries to earn our income. Strawberries are easier to grow than flowers as it only takes a month for the plant to bear fruit,” Noreen said.

The ladies say that they grow from seedlings and when the plants are a few weeks old they would sell it at the local market for $20 to $50 tala each.

With their older children at school and their husbands at work they had to bring their babies along.

The smiling babies enjoyed their first Agriculture and Fisheries Show and made no fuss as their moms worked the stall to sell their produce.

During the show opening on Wednesday, the Acting Prime Minister of Samoa Fiame Naomi Mataafa said the show aims to enhance partnerships between government, farmers and aid agencies to develop and sustain Samoa’s agriculture and fisheries industries.

The show is part of the Pacific Week of Agriculture held in partnership with the Pacific Community and the Food and Agriculture Organization of the United Nations. It is a week long event that ends on Friday 4th October.