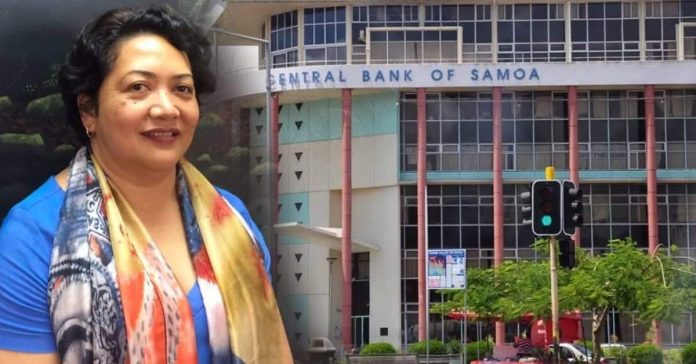 Samoa has been vocal to present initiatives it has undertaken to address the pressures facing its remittance sector.

Presentations were made at the Annual Meeting for the International Monetary Fund (IMF) and World Bank Group held in Washington DC earlier this month from 14th to 20th October 2019.

Since 2013, Money Transfer Operators (MTOs) in Samoa and around the Pacific have faced pressures to their operations with the closure of their bank account services in Australia and New Zealand, a phenomenon known as de-banking or de-risking.

This has also extended to Samoa’s locally-owned commercial banks who have faced the loss of correspondent banking relationships. These challenges stemmed from various factors including concerns by international banks of the perceived lack of compliance by these financial institutions of anti-money laundering and countering terrorism financing requirements in the flow of remittance and capital funds between countries.

De-risking or the loss of correspondent banking relationships is a challenge facing all small island developing states, including those in the Caribbean region.

Recognising the importance of remittances and correspondent banking relations to our small island economy, Samoa has been highly vocal in driving actions and discussions in international and regional forums to ensure our financial institutions are able to remain in business and provide its services for our people.

One of the measures identified to assist with these developmental challenges is the establishment of a Know-Your-Customers (KYC) database utility.

At a Meeting of the IMF, Pacific Island Countries, Australia and New Zealand authorities on Wednesday, 16 October 2019, the Governor of the Central Bank of Samoa, Maiava Atalina Ainuu-Enari provided an update of Samoa’s digital KYC utility that has been developed by the Central Bank with the assistance of the Asian Development Bank (ADB) and in collaboration with the Office of the Electoral Commission.

Expected to be effective before the end of 2019, the KYC utility, amongst other functions, will provide the identification and verification mechanisms for the Samoan money transfer operators (MTOs) to assist with their customer due diligence (CDD) processes. This project, which is piloted in Samoa and will also be undertaken across the Pacific region, will be implemented consistent with international requirements for CDD purposes under AML/CFT standards.

The IMF’s new Managing Director, Madam Kristalina Georgieva, in her opening remarks at this special meeting recognised the importance of establishing a KYC utility as it “can increase the confidence and allow for correspondent banking to serve the citizens in the Pacific better”. She also noted the significant complementary roles that the Australian and New Zealand authorities will have to provide to address this issue, along with the assistance of international organisations such as the IMF, World Bank and the Asian Development Bank (ADB).

Also attending the meeting were senior officials from the US Treasury and Federal Reserve Bank of New York who provided positive feedback to Samoa’s initiatives.

Governor Enari highlighted the Central Bank’s intention to “adapt, develop and advance our domestic financial infrastructures” for the inclusive development of Samoa’s economy. She also emphasised the critical role of financial regulators in ensuring that “no one will be left behind” consistent with our commitments to the Sustainable Development Goals.

Additional to the Office of the Electoral Commission, Samoa’s digital KYC utility will be established with the collaboration of the licensed money transfer operators as well as the financial institutions and regulators in Australia and New Zealand.

It is envisaged that this, amongst other complementary infrastructural projects undertaken by the Central Bank of Samoa, will assist in providing the international banking community with confidence of Samoa’s AML/CFT frameworks and level of compliance by its licensed financial institutions.