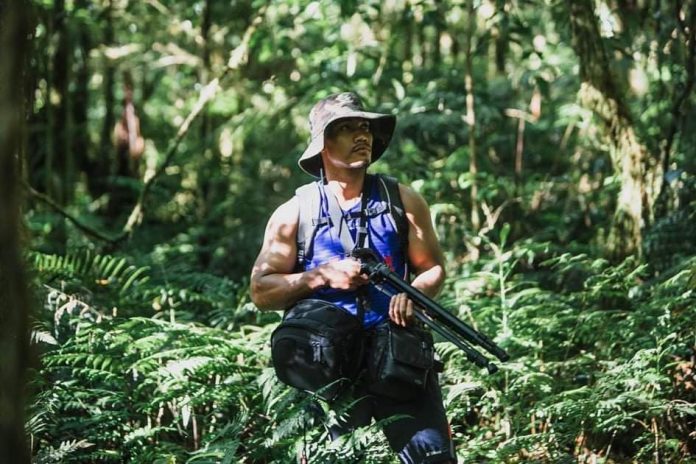 ‘Tafaoga, Experience our Beautiful Samoa” is set to hit national TV by the end of this month and promises to inspire a spirit of adventure in local Samoans and residents by showcasing the country’s historical, cultural, natural and iconic sites through the eyes of local professional guides and tour operators.

Initiated and commissioned by the Samoa Tourism Authority (STA), The TV program was officially anounced in Savaii last week during a presentation at the Tourism Projects launch at the JetOver Hotel, with a special screening of the promotional trailer.

Local film crew from media production company, Vanu Studios, was tasked with filming the epic TV series. According to co-owner Tupea Elia Mata’u, it was an opportunity they had been waiting for since establishing their business in 2016.

“This was definitely a dream project.” said Tupea.  “We had always talked about being involved in something like this and Tafaoga was the project we had been waiting for; it was just right up our alley and took us all around Samoa. As adventurous as we are, we didn’t know all of the places that we filmed so this whole journey helped us to discover more of Samoa.”

What started off as a group of childhood friends sharing a love for exciting outdoor pursuits and photography has turned into a media brand that puts adventure at the heart of their narrative.

The 27 year old Producer and Director from Vanu Studios says they hope to see a mindset shift in Samoa about the concept of adventure so they can actively enjoy the world class attraction sites and hidden natural wonders in their own backyard. 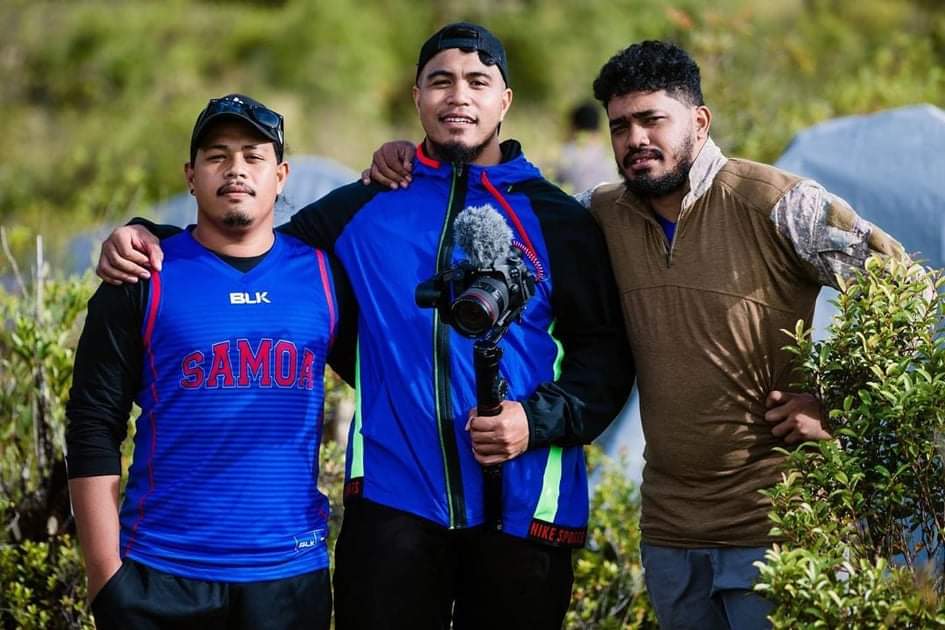 “In Samoa, oftentimes, adventure is considered to be this grand undertaking or effort but we see adventure as a mindset and a lifestyle.” said Tupea.

“It’s how you approach things because even simple things like taking a walk to your ma’umaga (plantation) is an adventure;

“A solo hike can be therapeutic. I think we would be so much better off if we learned to love our own company and having an adventurous mindset can help with that.”

He added, “generally speaking, Samoans dread hiking but it’s not just about the hike – the adventure is about the people you’re with and enjoying each other’s company while being a part of the journey together.”

The T.V show is also focused on promoting the tour guiding profession by featuring selected tour guide operators throughout the nine episodes. Viewers will enjoy a virtual tour of Samoa’s iconic sites as well as some of the lesser known natural attractions on Upolu, Manono, Apolima through to Savaii; where the show ends on a “high note” at the summit of Samoa’s tallest mountain, Mount Silisili.

For the Vanu Studios team, hiking Mt Silisili was a thrilling experience and a dream fulfilled.

“Mt Silisili was the highlight of the whole production,” said Tupea. “Three years ago me and Asomua (co-owner) were talking about hiking Mt Silisili but we didn’t know who to contact about guiding us there; that dream became a reality working Tafaoga with the Samoa Tourism Authority.”

“It’s special to me because it’s the highest point in Samoa but even more amazing was discovering a whole other world up there;

“Another highlight was meeting great people on this journey – we had a great team from STA who helped us tremendously and we’re grateful for this opportunity.“ 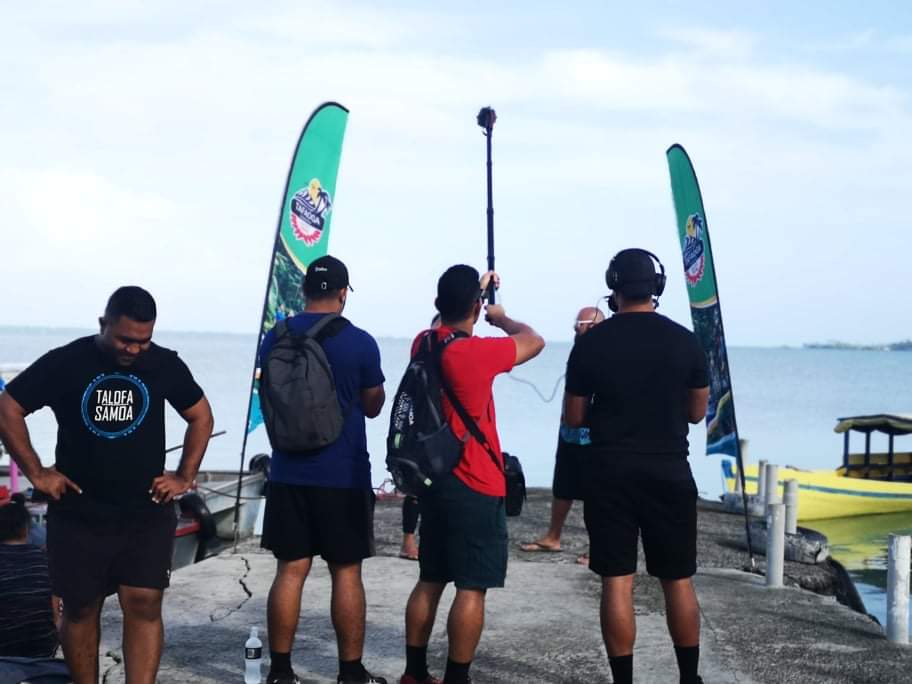 Among the three presenters chosen to host the Tafaoga series was local JAMily TV vlogger, Joe Merrick, a Samoan American who relocated to Samoa with his family from Texas, USA  in 2018. He has a large following on Youtube and social media channels where he documents their journey in Samoa.

“I had a lot of fun being a part of the show and it was a lot more challenging than I thought coming from a very spontaneous style of vlogging to a more structured script and filming schedule,” said Joe. “Some of the highlights of this whole experience was going to places I had never been to before like Lake Lanoto’o and the Lalotalie River walk. The Wolfpac ATV tour in Leauvaa was awesome because it’s something that you wouldn’t think you’d find here in Samoa.”

The promotion of Samoa’s many beautiful attraction sites and tour operators is expected to help encourage locals to support the local tourism and hospitality industry while borders remain closed.

“The whole purpose of this show is to get people especially in Samoa to appreciate what we have and help out our local economy because we are struggling right now,” says Tupea. “Tour operators and hotels have lowered their prices so it would make a real difference if our people can get out there, enjoy this beautiful country of ours while supporting our tourism and hospitality industry.” 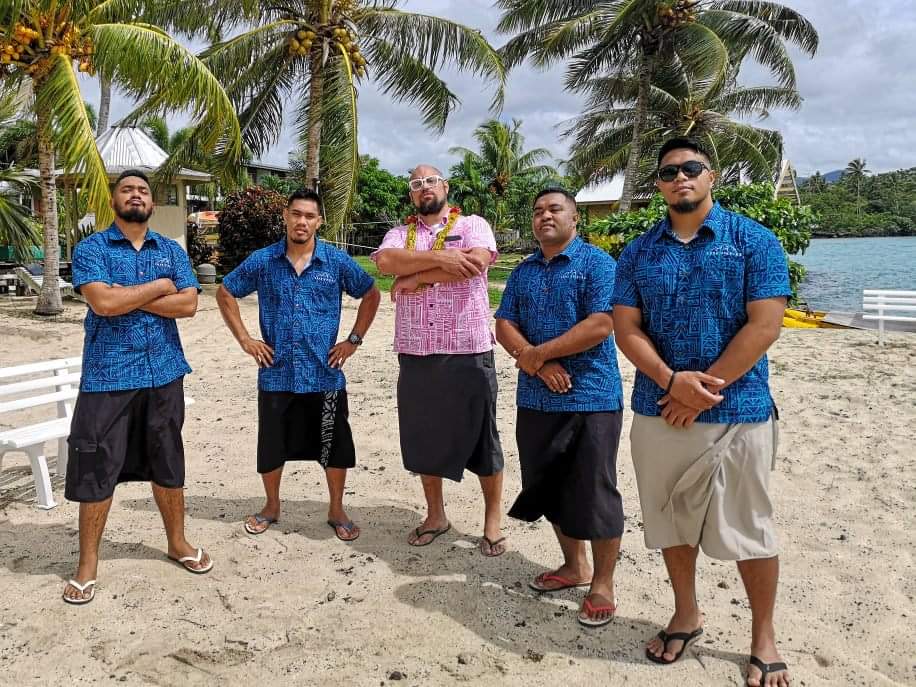