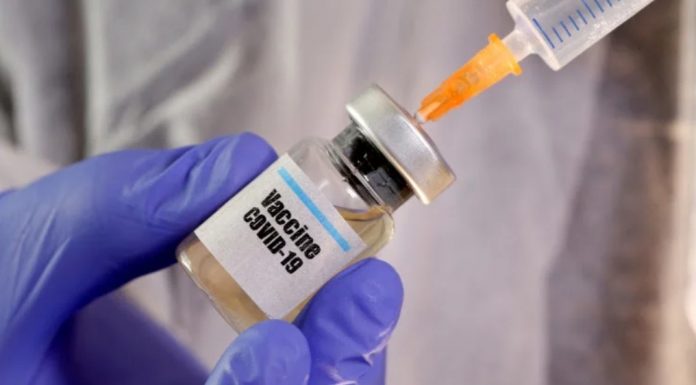 Samoa will soon get its first batch of Covid 19 vaccines scheduled to arrive in March.

This was confirmed during an update with the media by the Chair of the National Emergency Operation Centre, Agafili Tomaimano Shem Leo together with Director General of Health, Leausa Dr Take Naseri.

Leausa said once the vaccines arrive from Australia, Samoa will undergo a mass immunisation program.

Leausa said the plan is to start with the elderly and most vulnerable in the community.

He added that Cabinet can only consider an opening of borders if the country has been satisfactorily vaccinated.

According to the Director General of Health, there are many vaccines in Samoa’s health program that requires  everyone to participate.

“This will be the 14th vaccination for all of Samoa..and we must cover the whole country to ensure our people are all protected from this virus. ”

Director General Leausa pleaded with the country to be patient  and keep obeying the SOE rules until Cabinet endorses changes to current restrictions.

As confirmed by Agafili, the current State of Emergency restrictions will continue until the 14th of February when Cabinet would reasses.

Agafili said an important part of the current restrictions is the opening of seaports to allow for the importation of goods.

“We are working hard to make sure our borders are secured in terms of allowing cargo ships to come into Samoa because we need these goods,” Agafili said.

He says 284 containers of goods were on the MV Coral Islander that was denied entry into Samoa because one of the crew members had the covid 19 virus.

Agafili said frontliners such as health workers, immigration, quarantine, customs, police, and stevedoring services are all working under strict protocols and set rules on how to handle clearance of cargo ships arriving into Samoa.

The work of Samoa’s frontliners is cut out for the next three months, with the Head of NEOC confirming over 900 returning residents expected to be arriving into the country on repatriation flights between January and March.

Leausa added that medical clearances, Covid19 tests, and blood tests are all needed for ayone travelling to Samoa.

“We are still denying people travelling from the United Kingdom and South Africa and other countries like the US, Japan, Denmark, Spain, Italy, Singapore, France, Australia.. while New Zealand travellers will be monitored very closely,” said Leausa.

Around 297 Samoan sailors are expected to return on repatriation flights this month.

The NEOC and Health protocols will have all sailors quarantined for 21 days, to make sure Samoa continues to be covid-free.