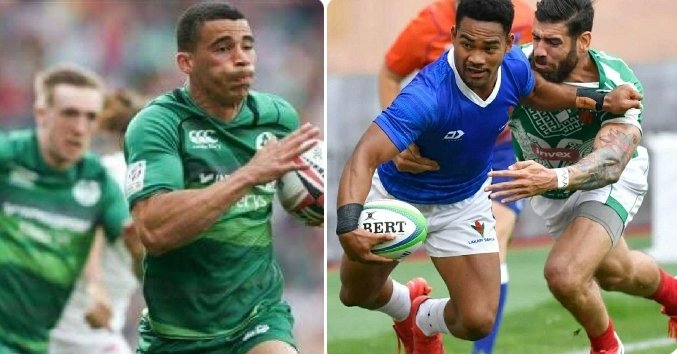 Samoa have finished second in their pool and will now meet France at the semi finals of the Olympic repechage in Monaco.

From the kickoff Ireland went straight on the attack. The Irish came with a different style of play by trusting their lineouts to give their speedsters Conroy and Kennedy space to run.

They starved Samoa of possession for four minutes and despite the brave defence by the young Samoan side, the Irish drew first blood to lead 7-0.

Samoa finally got their hands on the ball and looked dangerous until a penalty 5 meters away from the try line gifted Ireland possession of the ball.

Again the Irish went for their trusted lineout and were back on the attack. They spread the ball from side to side until the Samoan defence eventually opened up and Kennedy found Conroy with a spectacular flick pass to send him over for Ireland’s second try.

Down 14-0, Samoa needed to score first in the second half and they did just that. Captain fantastic Melani Matavao put on a big tackle to give Samoa possession of the ball before Samoa’s top try scorer Fa’afoi Falaniko danced through 2 Irish defenders to cut the lead down to 14-7.

The Irish re-assembled after conceding a try and punished Samoa for some lazy inside defence and pushed the game out to a two converted try lead at 21-7.

The Irish slowed the game down with some time wasting tactics as the men in blue gave it their all in the last 3 minutes in an effort to mount a comeback.

However the Irish’s’ structured defence just would not break as they secured the top seed of Pool A with 21-7.

Samoa now advance to the semi-finals against France kicking off at 3:30am (Monday 21st June).