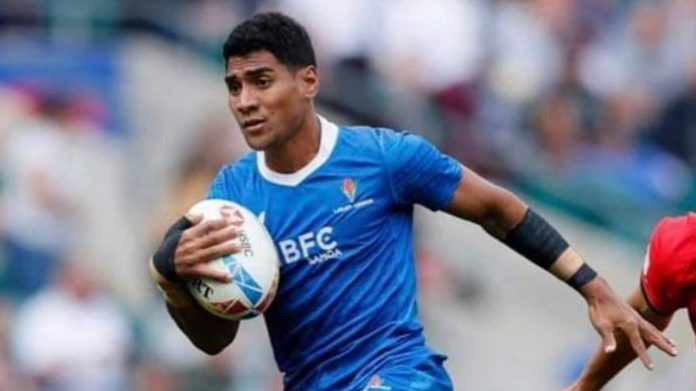 Samoa have stamped their ticket to the quarter-finals of the Commonwealth Games after an emphatic 44-0 win over Sri Lanka.

Head Coach Muliagatele Brian Lima made four changes to the side that had started against England and New Zealand yesterday, as well as a change to 13th man.

Taunu’u Niulevaea who started the tournament as 13th man was called into the team to replace Levi Milford.

Despite many of the regular stars for Samoa starting on the bench, the Manu still put in a high quality performance, to score 8 tries and leave Sri Lanka tryless.

Paul Scanlan was moved from halfback to wing, and the Moataa captain put on a display of strength and speed to run in four first-half tries.

Scanlan made it all look effortless as the Sri Lankan defense fell off him.

Motu Opetai took full advantage of the minutes he was getting when he scored straight off a Iafeta Purcell kick-off. Opetai leapt above two Sri Lankan defenders and beat them to the ball. As he came back to earth Opetai found himself in a lot of space and with his big long strides, he was too fast for the Sri Lankan defence as he scored under the post.

Samoa took a 27-0 lead into halftime and the quarter-finals in arms reach.

Samoa put the pedal to the metal in the second half scoring 17 more points.

Veteran Uaina Sione seemed to just walk through some would-be defenders to score a try of his own – before being substituted off for debutant, Taunu’u Niulevaea who plays his club rugby with Aana and Safotu.

Sri Lanka showed signs of life and looked to put some points of their own on the score board. However, Samoa’s defence was a solid brick wall. Sheer determination by debutant Niulevaea forced a Sri Lankan error and shot down tneir attack.

Sri Lanka’s error resulted in a try to Steve Rimoni. Rimoni, who started off the bench could be heard calling for Iafeta Purcell to kick the ball downfield. Rimoni backed his pace and gathered the ball before leaving defenders in his rear view mirror to make it 44-0 to Samoa.

England failed to defeat the All Blacks in their last pool match which means New Zealand tops Pool A with Samoa placing second.

Samoa will play Australia in quarter-final 3 at 9:32am Sunday morning (Samoa Time).

New Zealand will face Kenya. Other pools are yet to be decided.